Jurors Join in the Celebration of Anthony Wright’s Exoneration 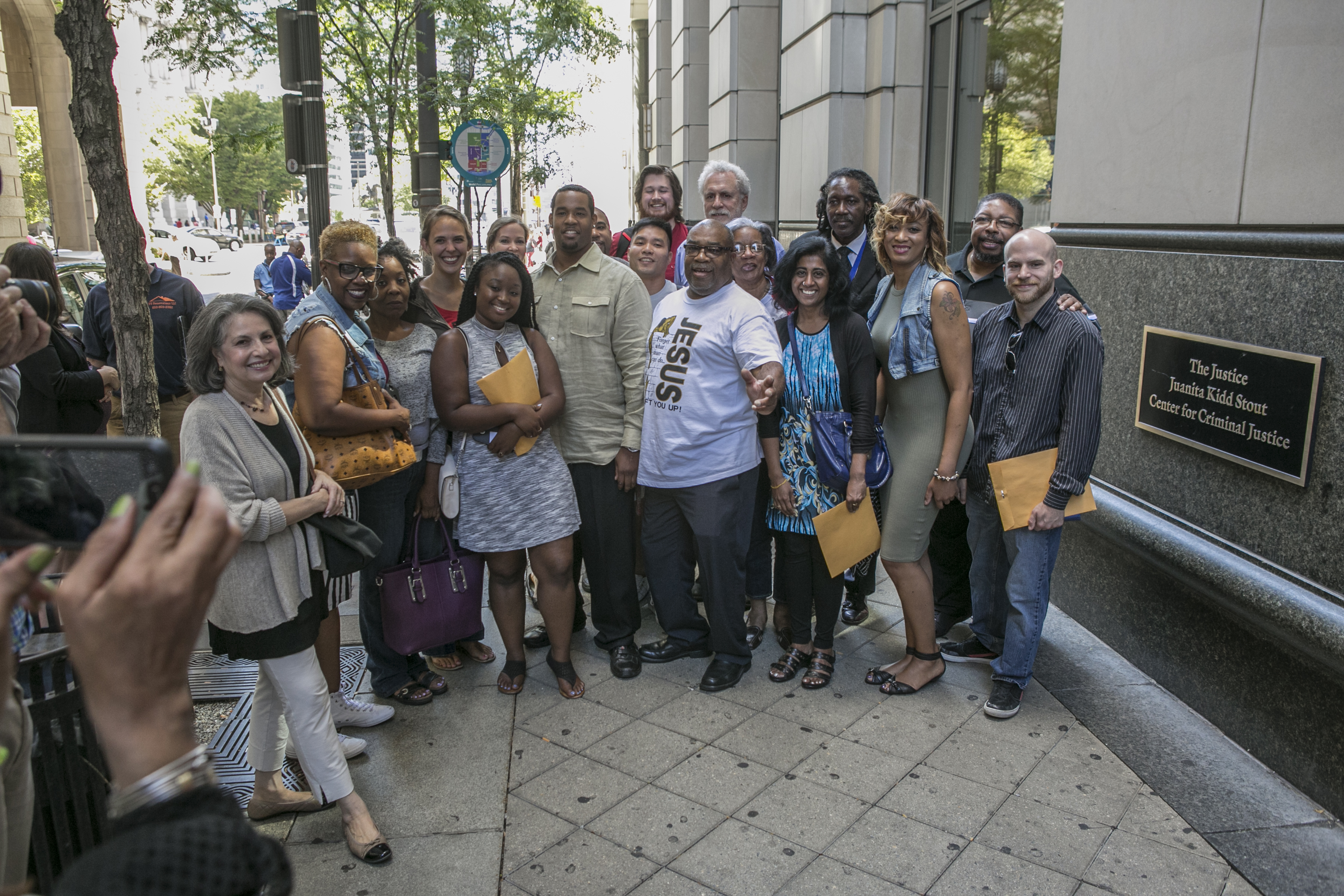 On Wednesday, Anthony Wright was greeted by eight of the 12 jurors that unanimously found him not guilty on Tuesday of the 1991 rape and murder for which he served 25 years in prison.

Jury forewoman Grace Greco hugged Wright and wished him the best. She told the Philadelphia Inquirer she couldn’t comprehend why prosecutors decided to retry Wright after DNA testing of evidence matched to an offender in South Carolina, proving Wright had nothing to do with the crime.

“The evidence was so compelling for Tony that there really could have been no other verdict,” Greco told the Inquirer.

Another juror, Shaina Battis, fought back tears as she congratulated Wright.

“It was a privilege to be part of this trial and see justice served for you,” Battis said, according to the Inquirer. “I’ve never been part of something this huge.”

Wright was released on Tuesday from the Curran-Fromhold Correctional Center, where he was embraced by family, friends and attorneys. The group celebrated Wright’s first moments of freedom at a local pizzeria.

“This is all new to me, I’m like a baby right now,” Wright told the Inquirer. “I haven’t breathed this type of air. I haven’t been hugged so much in so long, by strangers, by people I just met. This is unbelievable.”

A supporter of Wright has established a donation site for those wishing to make contributions.

Related: With New DNA Testing Proving Innocence, Philly Man Acquitted of Murder in Less Than An Hour After Retrial