The Maryland father will spend his first Father's Day at home in more than two decades. 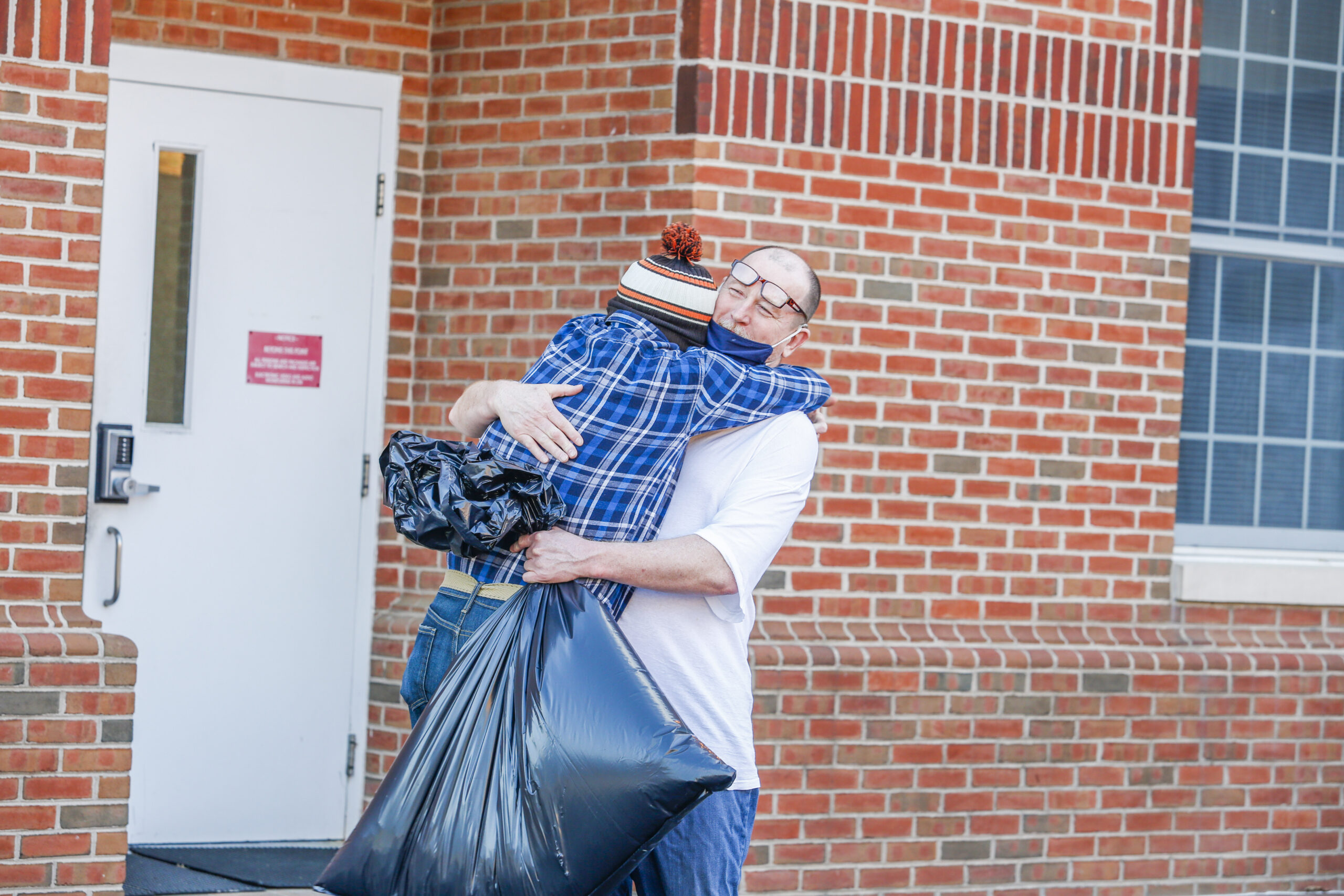 In April, Innocence Project client and Maryland resident Jonathan Smith Sr. was freed after spending 21 years in prison for a crime he did not commit. He was convicted in 2001, alongside David Faulkner, of the 1987 murder of 64-year-old Adeline Wilford — largely based on unreliable informant testimony and despite no physical evidence linking either to the murder.

Mr. Smith, who was subsequently sentenced to life in prison, spent the next two decades writing letters to his family from his cell. After entering a conditional Alford plea (under which he continues to maintain his innocence and is working toward appealing his conviction) and amid compelling evidence that points to his innocence, he was released and greeted by his two sons, John and William. The family celebrated his freedom with a barbecue and picnic.

This year, Mr. Smith will spend his first Father’s Day home in more than 20 years. Here, he shares his memory of the moment he was reunited with John and William. The account below has been edited for flow and clarity.

When I was released, my son William ran to me and hugged me. My other son, John, picked me up. I remember them, especially John, being a lot smaller before I was sent to prison.

When I saw them, I had so many emotions that I hadn’t felt in so long. In prison, you can’t show any emotion. You’re forced to shut yourself down because it’s like being in a hostile environment. It’s hard to be sociable and, even to this day, I find it difficult to communicate with people. After 21 years, I still have to wait for somebody to tell me to do this or do that.

Before I was sent to prison, I’d often go fishing and bowling with my family — just about everything a normal family would do. But when I was convicted, I felt like I had lost everything — and everyone — that I had cared about.

Over the next 20-plus years, I tried my hardest to keep the faith by reading the Bible. I also stayed in touch with my [ex-wife] Kathy and my three sons by writing to them. Sadly, I missed the passing of my youngest son, whom I wish I could have spent more time with, in 2007.

Now that I’m home, I’d love to spend this Father’s Day doing whatever my sons would like to do. Although my relationship with them has gotten better, I still feel out of touch. I want to make up for the years I lost with them and, more importantly, not take my family for granted ever again.

In an effort to help Mr. Smith get back on his feet and have a place of his own, his family has organized a GoFundMe to raise money for a camper. Please consider donating here.