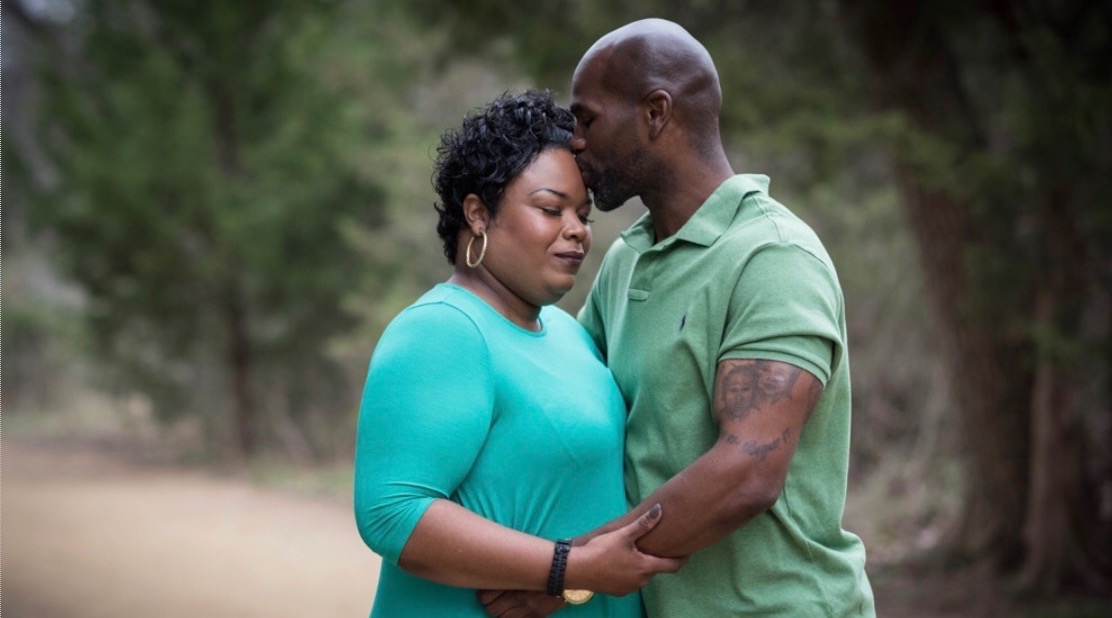 Kimya Locke hadn’t seen or heard much about Earl in decades, until she came across a Facebook post shared by an old classmate in 2016. And she soon learned why. Earl — as Kimya knew John Nolley growing up — had just been released after spending 19 years in prison for a murder he did not commit.

Kimya was in sixth grade and John in seventh when his family moved to the Riverside neighborhood in Fort Worth, Texas, where she lived. She became close friends with his cousin and brother and would spend nights over at the Nolley house, and though she and John weren’t particularly close, he was always around.

“He was the class clown — the type of person who made everybody laugh. He was just real silly,” Kimya remembered.

When she turned 18, Kimya left Riverside, which she described as a low-income neighborhood dealing with gang violence — her own brother was murdered in a gang-related incident — and rarely looked back. 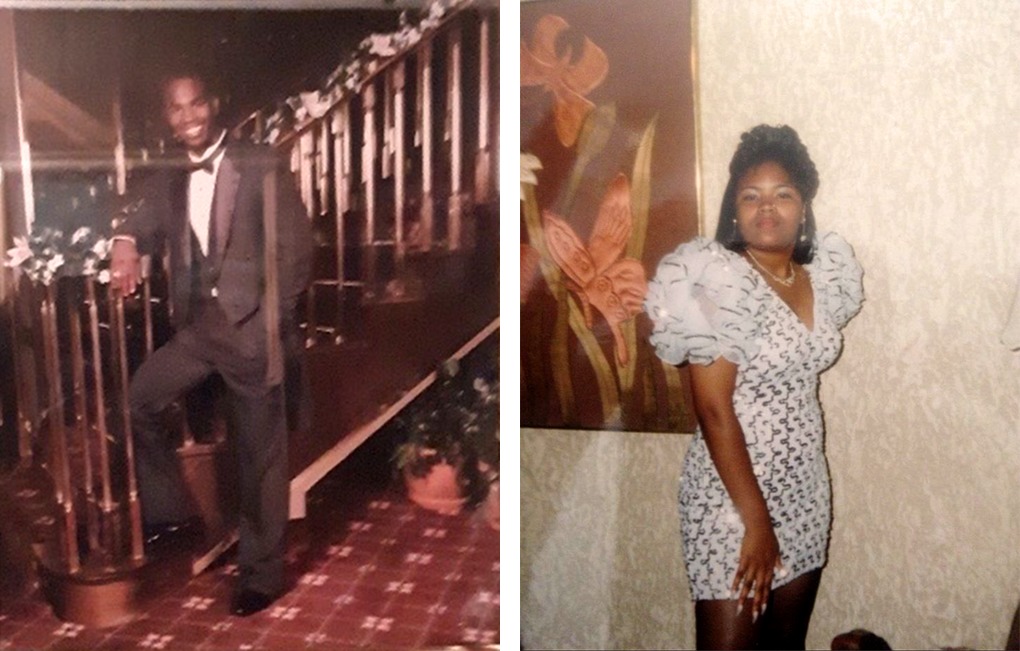 John Nolley and Kimya Locke in high school in 1991. [Courtesy of Kimya Nolley]

“My goal was to get out as quickly as possible, and that’s exactly what I did,” she said. She only returned to visit her grandmother who would, at times, update her on the latest neighborhood news.

Over time, she grew apart from her Riverside friends and stopped keeping up with the news, so, in 1998, when John was convicted of murder in Forth Worth, Kimya had no idea. In fact, she only learned he had been incarcerated 18 years later, when she found out he had been released from prison on a bond based on new evidence of his innocence. She felt compelled to reach out.

She messaged John’s cousin, and later that day John himself called her back. They met up in person within hours. It was the first time they’d seen each other in 23 years.

“She just wound up never getting away,” John said.

John had only been out of prison for four days when Kimya came to visit. And though he was elated to be home, he was already facing a few challenges. His family was supportive, but also had lives of their own that centered on school and work, leaving John to figure out how to use a cell phone and get a new driver’s license. 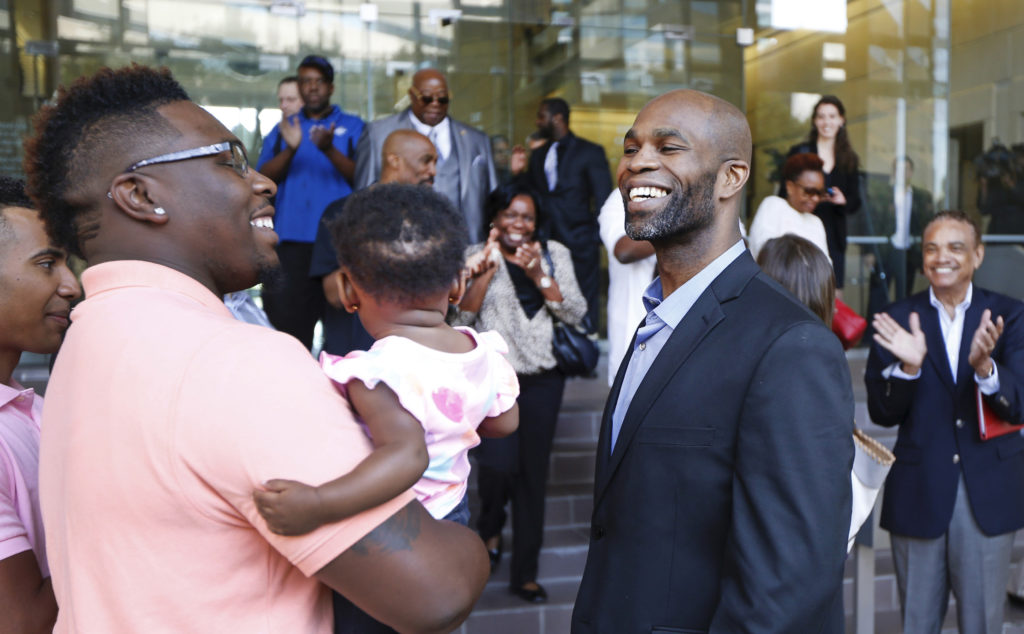 John Nolley on the day he was released in 2016. [Ron Jenkins/Innocence Project]

Despite working at night, Kimya happily offered up her afternoons to help John. After seeing many classmates and family members, including her father and brother, go in and out of prison, Kimya had spent the last 15 years of her life building up a network of contacts through her work in human resources to help formerly incarcerated individuals find employment and get back on their feet.

“This has been around me all my life. The system has always been attracted to our men — black men — in a victimizing way, so I’ve always thought if I can help just one person to stand on their own, then they won’t have to rely on the system,” she explained.

“My objective was to help build him so that he could be the man he aspired to be,” she said. Though she’d helped several formerly incarcerated people rebuild their lives, none of them had been wrongfully convicted.

“I’d never met anyone who was [an innocent] victim of the system. John’s situation was unique in my eye, and so I really wanted to help him a lot.”

And, at first, that’s all she had hoped to do for him.

The system has always been attracted to our men — black men.

It started with text messages.

John would text her just to practice, and they would exchange messages. The texts were soon replaced by long phone calls, with John keeping Kimya company over the phone on her long, late-night drives for work. It was during one of those calls that Kimya knew their relationship was becoming something more.

For 14 years, Kimya drove as many as 11 hours at night going between Fort Worth and Midland-Odessa, Texas, for her job. And before each drive she would pray, but one night, she forgot.

“I was on the phone with John and I said, ‘Hold on a second, I forgot to pray,’ and he said, ‘Okay,’” she described. “And so I asked God for traveling grace and John said, ‘Amen,’ and then he said, ‘If you run out of grace, I’ve got some you can borrow.’”

That was the moment she melted, she said. (John maintains that the moment he won Kimya over was the first time he cooked for her. He made fried chicken and salad.) 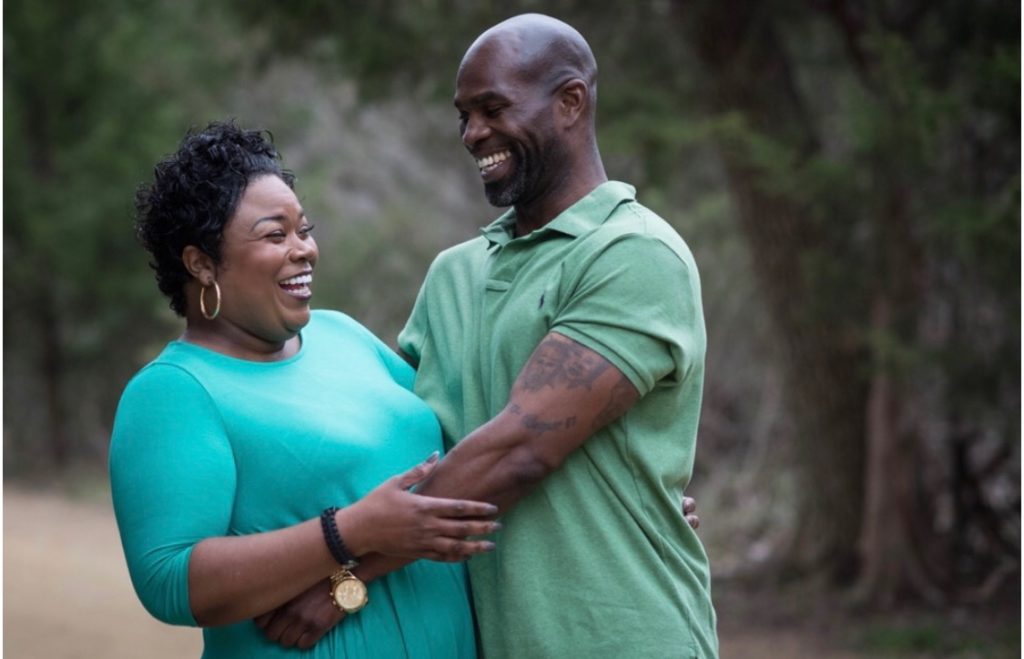 Kimya and John a week before they became engaged. [Lisa Siegel]

“I thought: Who does that? Who says that after being gone for 19 years? But he still had it.” she remembered.

For John, what stuck out was how comfortable he felt around Kimya, almost immediately, and her willingness to go above and beyond to be there for him.

About a month after his release, John set out to take his driver’s test, expecting to take both the written and road tests on the same day as he had done years before when he got his first driver’s license. But after passing the written test, John was told he’d have to wait three or four months until there was an opening for the road test.

Kimya was determined not to let that happen. She drove him about 20 miles outside of Fort Worth to another testing location and lent John her car. The next day, he had his license.

“It’s been that way since I laid eyes on her, she helps drive me and push me to go, and I go — and I haven’t been able to fail yet. I don’t know if it’s God’s plan or her plan, but it’s working out,” John said. He’s currently in school to become an HVAC technician and is taking an online career development course and said he wouldn’t be succeeding without Kimya’s support.

“Who says that after being gone for 19 years?”

The pair quickly became inseparable and eight months later, in February 2017, they were engaged. Within weeks, Kimya found out she was pregnant — she was shocked.

“I had had so many surgeries, I didn’t even think I could get pregnant, so I called him, and I was crying the whole time. I told him I’d explain when I got home and he thought I had cancer,” she said.

When she showed him the sonogram, John lifted Kimya off her feet in a hug so tight she said it almost broke her back. During his nearly two decades of wrongful incarceration, John had been robbed of the opportunity to raise his three older children himself. By the time he was released, his children were grown and were parents themselves.

Kimya watched John set the sonogram on the table he’d prepared for breakfast.

“What are you doing?” she remembers asking him.

“We’re having breakfast with the baby,” he told her.

They were married three months later, and John Nolley III arrived in November. 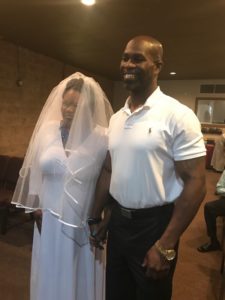 Kimya and John at their wedding. [Courtesy of the Nolley family]

Everything came together so perfectly, Kimya felt their relationship must have been fated. But, while John was free on a bond, he was not yet fully exonerated, he still carried his wrongful conviction with him while the Innocence Project continued to work on his case — and this presented them with unique challenges as a couple. It angered Kimya to see employers refuse to give John a chance because of his record, despite the fact that he was innocent.

Related: After 21 Years of Wrongful Incarceration, There Was Only One Person He Wanted to Call

Even family members scrutinized and judged their relationship dynamic before John was finally exonerated in 2018. But the pair said it ultimately made them closer.

“We don’t care what anyone thinks, we know what we’ve been through,” Kimya said.

John said that their relationship, which he described as “utopia,” is always evolving and compared it to raising a child. 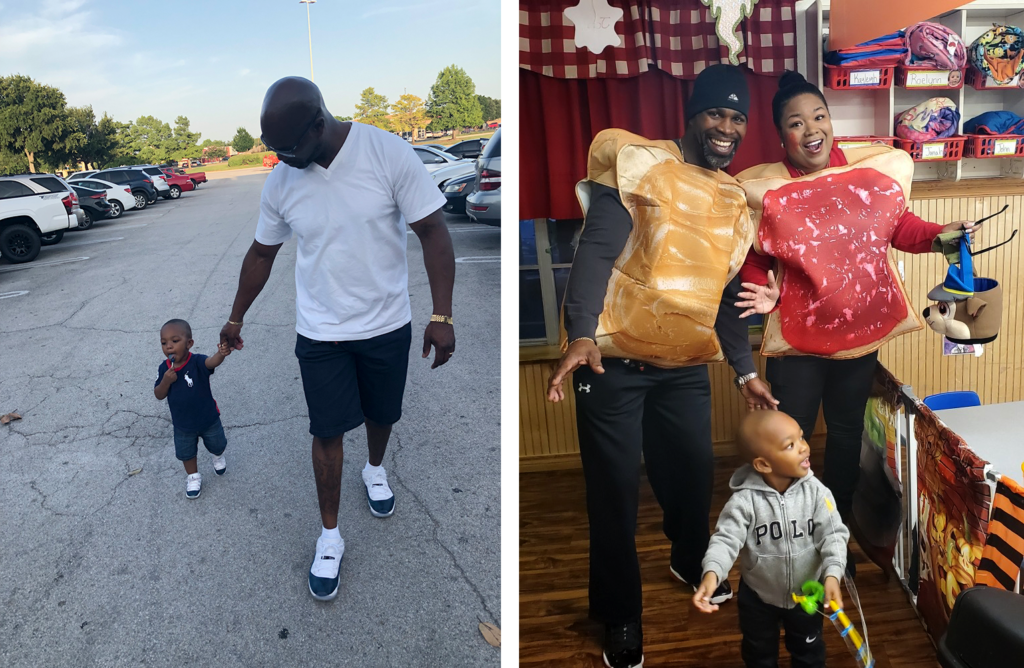 And when asked by phone if he had anything else to say about their relationship John asked, “How do you record a kiss?”

This Valentine’s Day, the pair simply plans to spend time together.