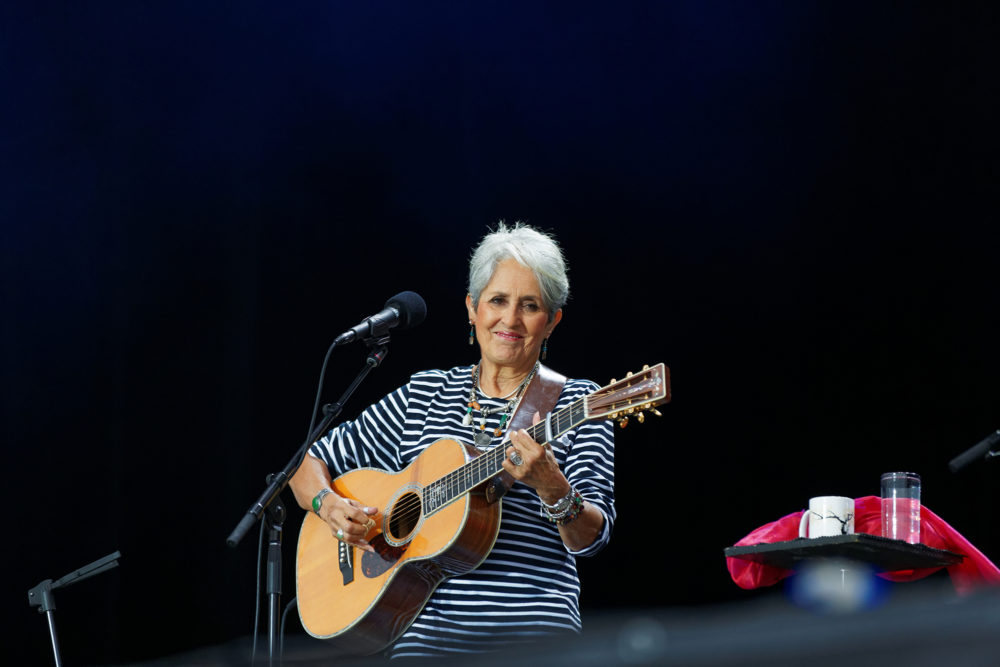 (New York, NY– August 23, 2016) – Legendary folk singer and human rights activist Joan Baez is joining the fight against wrongful conviction as she partners up with the Innocence Project and other members of the Innocence Network on her latest concert tour, slated to kick-off in on Wrongful Conviction Day, October 4, 2016, in Portland, Maine.

The folk music icon and longtime human rights campaigner will be accompanied on her 20-city tour by volunteers from Innocence Network organizations who will inform concertgoers about work to exonerate people who have been wrongly convicted of crimes and to reform the system to prevent further injustice. At each of the stops, local Innocence Network members will bring attention to individuals in that state who are fighting for justice.

“I am pleased and grateful to collaborate with the Innocence Project and Innocence Network members,” Baez declared. “We hope to provide a platform which will amplify the heartbreaking stories of men and women wrongfully convicted, who suffer so needlessly. The fight against their unlawful convictions shines a light on both a broken criminal justice system and the racial inequality of people serving time. I hope my audiences will be motivated to support their work.”

Established in 1992, the Innocence Project uses DNA evidence to exonerate people who have been wrongly convicted of crimes and works to improve the system to prevent further injustice.  Established in 2005, the Innocence Network is an affiliation of organizations from all over the world (including 56 members in the U.S.) dedicated to providing pro bono legal and investigative services to individuals seeking to prove innocence of crimes for which they have been convicted and working to redress the causes of wrongful convictions.

“We are so grateful to Ms. Baez for giving a voice to individuals across the country who are fighting the very difficult fight for justice,” said Maddy deLone, Executive Director of the Innocence Project.  “She is an amazing artist and tireless crusader for those trapped in an unjust system.”

Ms. Baez, a veteran of the 1960s civil rights movement, is also an Innocence Ambassador for the Innocence Project. Following the opening performance in Maine, Ms. Baez’s tour will include stops in cities across the country.  More information about concert dates can be found at www.joanbaez.com.