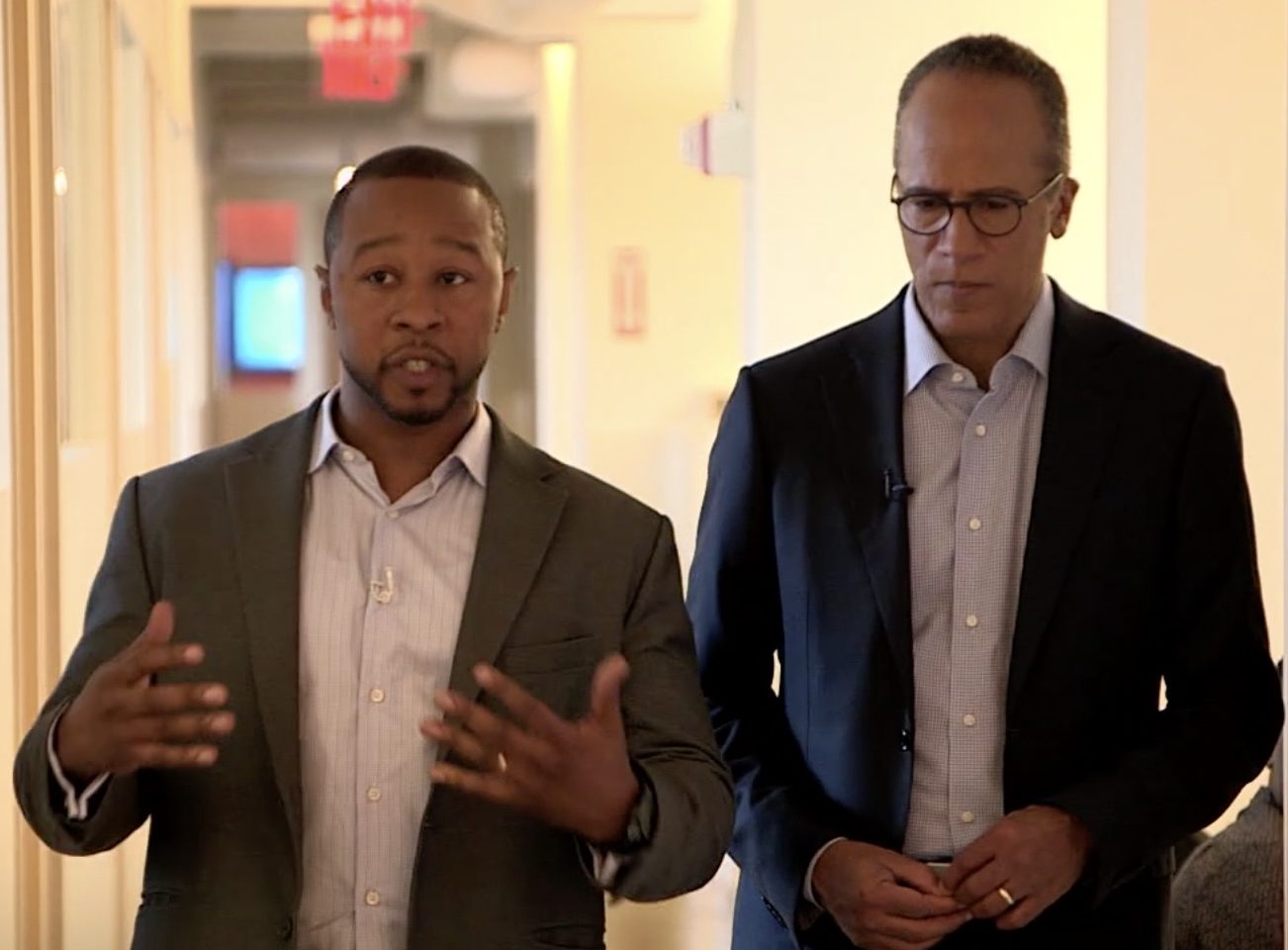 A segment on Innocence Project Post-Conviction Litigation Fellow Jarrett Adams will be featured on Nightly News with Lester Holt on Wednesday night.

Adams was wrongfully convicted of rape in 2000 and sentenced to 28 years in prison. After seven years of wrongful incarceration, he was exonerated with the help of the Wisconsin Innocence Project.

Since his release, Adams graduated with high honors from Roosevelt University, obtained his law degree from Loyola University School of Law and passed the New York state bar exam. Last summer, Adams was hired by the Innocence Project and began helping to free other people wrongly convicted.

In June, Adams helped secure the release of a client from the same prison where he was once incarcerated. Richard Beranek was released after 27 years after DNA testing excluded him as a perpetrator of the rape for which he was sentenced convicted in 1990.

Tune in to Nightly News with Lester Holt on NBC Wednesday, August 2 at 6:30pm ET.

Adams is taking your questions on Facebook Live, Monday, August 7 at 3 p.m. Get started by asking him a question below.