Is the “CSI Effect” Real? 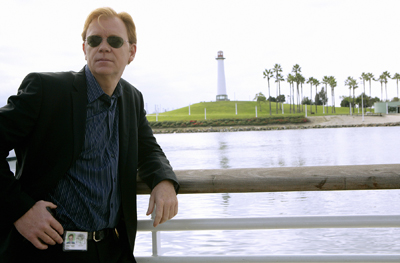 We all know that shows like CBS’ “Crime Scene Investigation” are enormously popular. There are three shows in the CSI franchise, each with more than 10 million viewers a week. Similar forensics shows abound, including “NCIS,” “Dexter,” “Bones” and TruTV’s popular documentary series “Forensic Files.” Everyone, it seems, has seen a least a few episodes of these shows.

When it comes to the impact these shows have had on American courtrooms, however, there are almost as many opinions as there are episodes. Some say an overreliance on questionable forensics could be causing wrongful convictions. Others think jurors hesitant to convict defendants when there’s no forensic evidence. Who’s right?

NPR reported on the CSI effect

, and a number of legal researchers have looked into the issue. Academic studies have found some correlation between jurors TV habits and their expectations about forensics, but it seems verdicts for the most part aren’t swayed by CSI.

One 2006 study, from a judge and two Eastern Michigan University law professors, found that crime-drama viewers had a higher expectation for forensic evidence, but their votes to convict or acquit weren’t affected. (Summary

). Another, from two Arizona State professors in 2007, found that CSI-lovers were

more skeptical of questionable forensics and more confident of their verdicts

, but their verdicts also weren’t significantly different from jurors who didn’t watch these shows.

vastly overestimate the amount of violent crime in the U.S.

this week whether CSI-style shows have an impact on criminal trials, and we heard thoughtful analysis from many sides of the argument. A few of your Facebook comments:

Dan B.: “People believe that cases are more easily solved, not realizing that the show does not represent the amount of time it takes to actually get something done. They make it look too easy; almost magical.”

Candise W.: “These shows have greatly influenced defendants inability to get a fair trial. Most have no clue about the court system and how it works. I see people right now watching a trial and wanting it to hurry along thinking I suppose it should be over in an hour.”

Tyler A.: I think it creates a sense that law enforcement uses scientific standards for all cases. I think it hinders our ability to have unbiased juries.

These shows don’t seem to be going anywhere, so the debate over the existence of a “CSI Effect” is sure to go on.