Akeem Browder Remembers His Brother: “Kalief didn’t have to go through any of this. It’s not fair.” 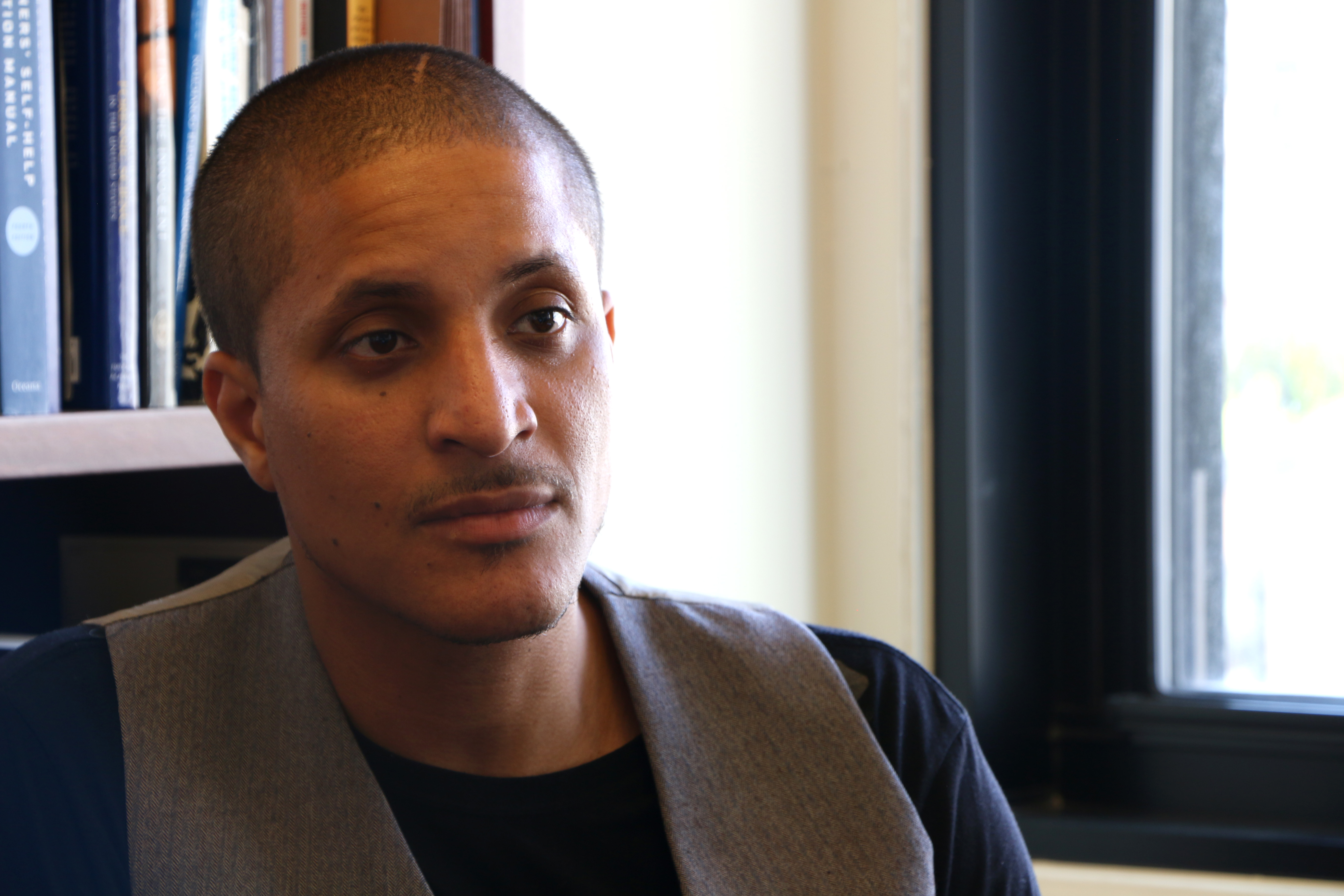 In 2010, police accused 16-year-old Kalief Browder of stealing a back pack, but there was no evidence to link him to the crime, and it was unclear as to whether a crime actually ever happened. Ultimately, in 2013, the charges against him were dropped after police failed to ever find the complainant who they’d said accused Kalief in the first place — but not before Kalief spent three years in New York City’s notorious Rikers Island, including two years in solitary confinement.

Kalief was released and sent home to his family, but as Akeem Browder — Kalief’s older brother and activist — explains, by that time, Kalief was changed. Not only had he been physically assaulted repeatedly by both inmates and guards while at Rikers, but he’d also attempted suicide at least twice. Akeem attributes much of the depression that Kalief suffered to the long periods of time that he was forced into solitary confinement.

Tragically, in 2015, Kalief committed suicide. Since Kalief’s death, Akeem has become a vocal advocate for shutting down Rikers and passing a law — known as the Kalief Browder bill — to enforce speedy trials so that people — especially youth — are not forced to squander years in jail as they await their days in court.

The Innocence Blog spoke with Akeem about Kalief and his case and the work that’s happening to change the system and protect against the damaging effects of being youth being incarcerated.

Innocence Blog: Can you talk a little bit about Kalief?

Akeem Browder: When Kalief came home [from Rikers], obviously he was different from how he was when he left. He was a 20 year-old stuck in the mindset of a 16 year-old, in certain ways. His fear factor was definitely that of a person who had experienced years of punishment; after all, he did have years of punishment, wrongfully so.

Some people like to use the word paranoid, but I don’t like to use that word. He shouldn’t have been considered paranoid.  If you’re being attacked constantly or being tortured repetitively, it’s not paranoia, it’s a fear, it’s a justifiable fear. His fear was brought on by constant fighting.

Rikers is called a gladiator school for the prisoners. Being at a gladiator school, you have to learn to defend yourself at any cost. What Kalief described was officers who saw fighting and they didn’t do anything. It baffled him. He was a kid and didn’t know the law, but he did know that officers were supposed to be protectors.  But in jail, he didn’t have that impression anymore.

When he first got to Rikers, he would ask, “Aren’t they [the guards] supposed to do something?” He would talk to me about it, and it was clear that he was genuinely confused.

We weren’t raised on the streets.  We had so many kids in the house. There were 33 of us — my mom fostered 33 and adopted 11 of us — so we were basically each other’s friends. And we didn’t get a chance to go out. We had a house, a 100-foot back yard, front yard. We had everything.  So, going from that kind of household to “gladiator school” didn’t really fit in with reality.

IB: The fear that Kalief was experiencing—can you describe how it changed him?

AB: That part is sad because. . . I know my brother. But when they sent Kalief home, they didn’t send him home complete. He wasn’t the complete person that we remembered him being.

There was an aspect to him that he wanted to “play it strong” because he did, in fact, have to be strong for three years. But even during the visits, he wasn’t strong. He would cry and then remember where he was at, so he would stop; he had to suppress it. So there was a lot of mental stress and anguish that he had to overcome.

When he came home, he still thought that he had to be strong and yet, at the same time, he was scared. So, he didn’t come out of his room for a full seven days. Initially, when he got home, he acted like he was still in jail—like he was still in isolation.  For the time that he was at home — before he took his life — it’s messed up that he had to actually live the majority of that time the way he did.

The trauma of being in solitary confinement — I myself can’t even imagine — but I learned something about it, something that Kalief didn’t even have to tell us [with words]. He set up his shampoo bottle, his soap box, his conditioner; he used to talk to those bottles when he was incarcerated. But, then when he came home, he did the same thing. And you know what’s funny? He never saw that Tom Hanks movie, Castaway, the one where he talks to himself and to the ball. And I’d never thought that that kind of thing was even true, but then I saw my brother doing it, and my ideas changed. It was the lonesomeness of solitary confinement. Kalief thought, “I don’t want to be alone, so I’m going to humanize these things in front of me.”

My family — we wanted what was best for him, but we weren’t trained to help him. And no one could have understood what was going to happen when he came home.  We just wanted him home.  We didn’t even consider to ask, “Wait, you’re releasing him today?  Where is the help?”

IB: How have people responded to Kalief’s story?  Does it seem like his story has resonated?

AB: Absolutely. Seeing the way the public responds to Kalief’s situation — his death, his arrest, his torture — a lot of people, they feel for us. The bad thing is, the state [of New York] doesn’t.

IB: After Kalief took his life, how did you decide to become an advocate?

AB: My mom wasn’t doing well. She’s not in good health as it is, and she got worse. She was depressed — staying in her room, crying, thinking that Kalief was still there. So I wanted to seek justice for my brother so that it could be final for my mom. If she was to die before he sees justice for her son, I think that’s even more injustice.

So, I started the Campaign to Shut Down Rikers to see if we can make a change — and we being the people of New York—I mean, why not? If you’re black or brown or Hispanic, it’s going to happen, to your kid, your relative or someone that you know. I doubt that any of us doesn’t know someone who has been arrested. I think we can get the support.

IB: Can you explain the purpose behind the Kalief Browder bill?

AB: The Kalief Browder bill — it bears his name because he represents all of the kids that are being detoured from their right to a speedy trial. While there are supposed to be speedy trials, they don’t actually happen because of the loopholes in the system.

Senator Daniel Squadron is pushing this through; he’s the signer on the bill. He’s looked at Kalief’s case and hundreds like it—there are literally hundreds of cases like Kalief’s that just didn’t get told because those people took pleas. They sat at Rikers and endured torture, but they took pleas.

You can see in their case and their records, that some of them run even longer than three years. So, there was a need for this bill to get pushed.

Plainly stated, the bill says that the 180 days of awaiting trial at Rikers are strictly limited to 180 consecutive days.

The bill didn’t pass this year, but hopefully next year we can get the majority vote, but we’re looking at no earlier than August of next year.

What happens to the kids who are sitting in Rikers right now? They’re going to have to do what they’re used to doing, and that’s taking pleas—fighting for their lives until they get a chance to take a plea.

To learn more about the Campaign to Shut Down Rikers, check this out.

Watch our interview with Akeem below: