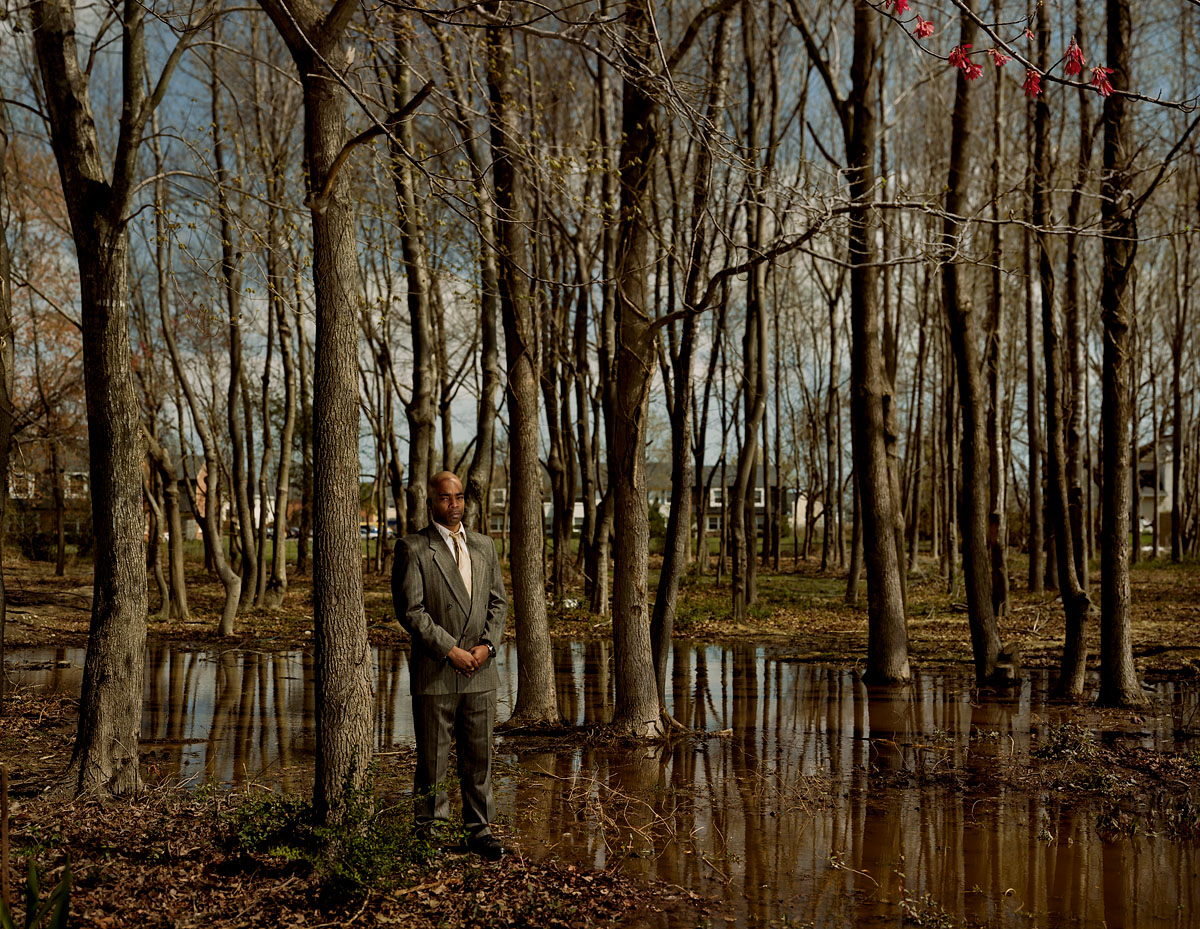 From "The Innocents" Photo Exhibit by Taryn Simon.

“This entire exhibit is about misleading visual evidence,” Andrea Grover, executive director of Guild Hall, told the Art Newspaper earlier this month. “This series really encourages one to look at photography in a much deeper way—not to look at it as factual, as some absolute truth.”

Guild Hall will host a panel discussion Sunday at 3pm featuring Simon, Innocence Project co-founders Peter Neufeld and Barry Scheck, policy director Rebecca Brown, and exoneree Calvin Johnson, who was photographed by Simon for the series. They will discuss the photo series, the first 25 years of the Innocence Project’s work and their hopes for the future of the criminal justice system.