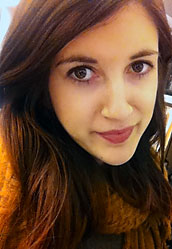 magazine series profiles the 10 worst prisons and jails in the United States. Worth noting is the number of jails on the list, where the majority of inmates have not yet been convicted and may very well be innocent of their charges. A number of Innocence Project clients have lived in these facilities. I spoke with two of them,

of New York, who served time in Rikers Island, and

of Arizona, who served time in Maricopa County Jail.

The United States prison population has quadrupled in the past quarter-century alone. The uptick in inmate numbers has seen a corresponding deterioration in living conditions. The 306 people exonerated through DNA testing spent, on average, 13 years in these facilities.

, an island jail-complex in the middle of New York City’s East River, is listed as the tenth worst facility on the Mother Jones list. Rikers is infamous for its deeply entrenched patterns of violence, abuse at the hands of guards and high numbers of inmates in solitary confinement. The majority of the 10,000 inmates on Rikers Island have not yet been tried.

“A horror,” Gibbs says. “Every day was an absolute nightmare.” Gibbs spent nearly two years there, awaiting the trial that would eventually wrongfully convict him of murder. He served over 17 years in prison before his exoneration in 2005, and although he was bounced around to several different New York State prisons—including Attica—Rikers still stands out as the worst in his memory.

“It’s a very dangerous place for a person who is innocent, for someone who has had nothing to do with the criminal justice system.” On his third day in Rikers, Gibbs walked into the main room of his housing unit to get a cup of coffee. Suddenly, a blanket was thrown over his head and six men began to punch and kick him. “And the whole time I’m wondering, where’s the security? Who’s watching? Where are the guards?” he says. “Finally, they stopped, but I was all messed up, and I had to go to court the next day.”

Gibbs continued to assert his innocence to anyone who would listen. “When I first got there, I kept saying over and over that I was innocent. They didn’t want to hear it. They put me in the Mental Observation ward and forced me to take Sinequan [an anti-anxiety medication]. It turns out that I was allergic to it. My whole body swelled up. I had to go to the hospital. They took me to Bellevue, handcuffed, and in chains and shackles with the other prisoners. They dragged us down the hallway of the hospital like that. Everyone could see us. I could hear the people saying ‘look at those murderers.’ Do you know how humiliating that is?”

, as it has become known, is an extension of Phoenix’s Maricopa County Jail, housing approximately 2,000 inmates. The conditions at Tent City—which Sheriff Arpaio likened to ‘a concentration camp’—landed it the number three spot on Mother Jones’ list.

Ray Krone, who was wrongfully imprisoned (and later sentenced to death) for a murder he did not commit, was housed at Maricopa County Jail until he was convicted and moved to prison. “It’s Arizona, and you’re living outside. The coolest it gets is in the 90’s, maybe, at night. There’s one fan in this giant tent for about 40 guys… the tough guys got to be near the fan, so there was a lot of violence and fights over that cool area.” In 2011, the Arizona Republic reported that the internal temperature at Tent City surged to 145 degrees Fahrenheit.

I asked him about the food. “It was the stuff that wasn’t fit to be sold in stores, so the inmates got it,” he said. “The sheriff would brag about spending 50 cents a day on his inmates and a dollar a day on his dogs.”

Like Gibbs, Krone was also prescribed antipsychotic medication. “If you’re facing the death penalty, like I was, you didn’t have to get real forceful to be put on psych meds. In fact, during most of my trial, I was on Thorazine. On the weekends, when I wasn’t in court, they would come around with a cart to give you your pills. But it’s so violent in there; you don’t want to walk around all blocked out from the drugs. I needed my mind about me. So I’d hide the pills under my tongue.”

Krone was finally exonerated through DNA testing in 2002 after 10 years in prison. He says, “You’re treated like a criminal from day one. There is no innocent until proven guilty. It’s guilty until proven innocent.”

Krone and Gibbs’ experiences are sobering reminders that innocent people continue to inhabit our prisons and jails. DNA testing provides the opportunity to identify and free some of the innocent, but those cases are a select minority. Many others will serve out their sentences or die behind bars. At the very least, our correctional institutions should be habitable for them.