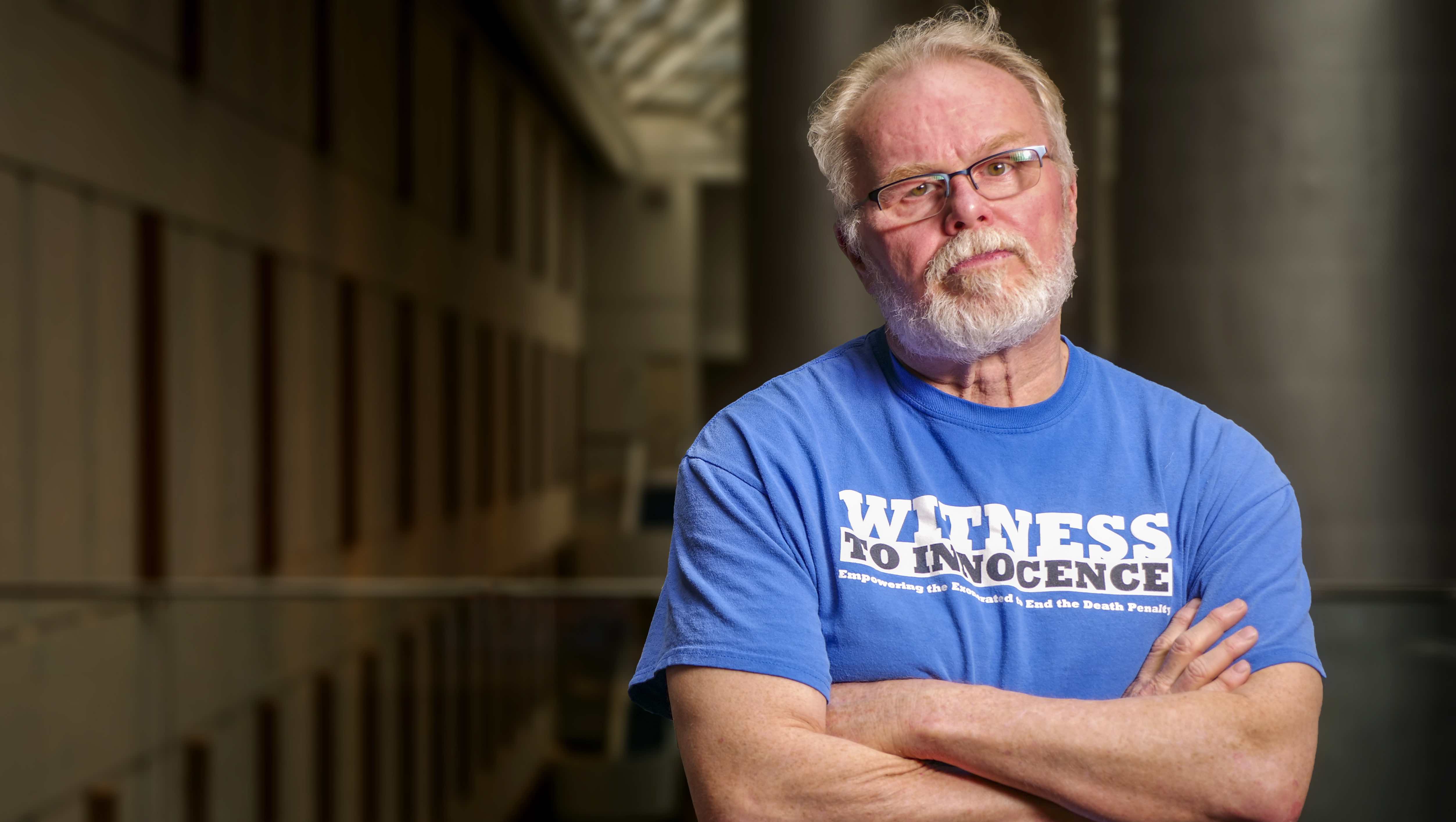 In 1993, Kirk Bloodsworth became the first person on death row exonerated by DNA evidence in the United States after spending nine years in prison, including two years on death row, for a crime he didn’t commit. Just over 25 years later, Bloodsworth has become integral to the movement to end capital punishment and currently serves as interim executive director of Witness to Innocence. He now resides in Ambler, Pennsylvania, where he has discovered a new passion: silversmithing. The Inquirer

13 Alibis Podcast: How did a man who claims he had 13 alibi witnesses get convicted of murder and serve 20 years in prison?

“In this original series from Dateline NBC, producer Dan Slepian chronicles the case of Richard Rosario, who was convicted of a 1996 murder in New York City. Rosario has always insisted that he is innocent, and that 13 alibi witnesses will swear he was a thousand miles away in Florida while the crime was happening in New York. Ride along in real time as Slepian spends two years digging deep into Rosario’s case in a quest for the truth.” 13 Alibis Podcast

A Northern California man convicted in a 2002 drive-by shooting has been exonerated and freed after 17 years in prison with the assistance of the Northern California Innocence Project. On Wednesday, Lionel Rubalcava, now 40 years old, became a free man when a Santa Clara County judge dismissed charges against him as about 20 of his family members erupted in shouts of joy. Los Angeles Times

20 years ago, a Dallas pastor was stabbed 47 times, and 2 innocent men paid for it

Stanley Mozee and Dennis Lee Allen, who were wrongfully convicted of murder in 2000 and sentenced to life in prison, were fully exonerated and formally declared “actually innocent” by Judge Raquel Jones, who granted a motion by Dallas County District Attorney John Creuzot to dismiss all charges against both men. The decision was based on new DNA testing which excluded them from key evidence at the crime scene, as well as findings that their joint convictions were rooted in unreliable jailhouse informant testimony, a false confession and substantial prosecutorial misconduct. Dallas News