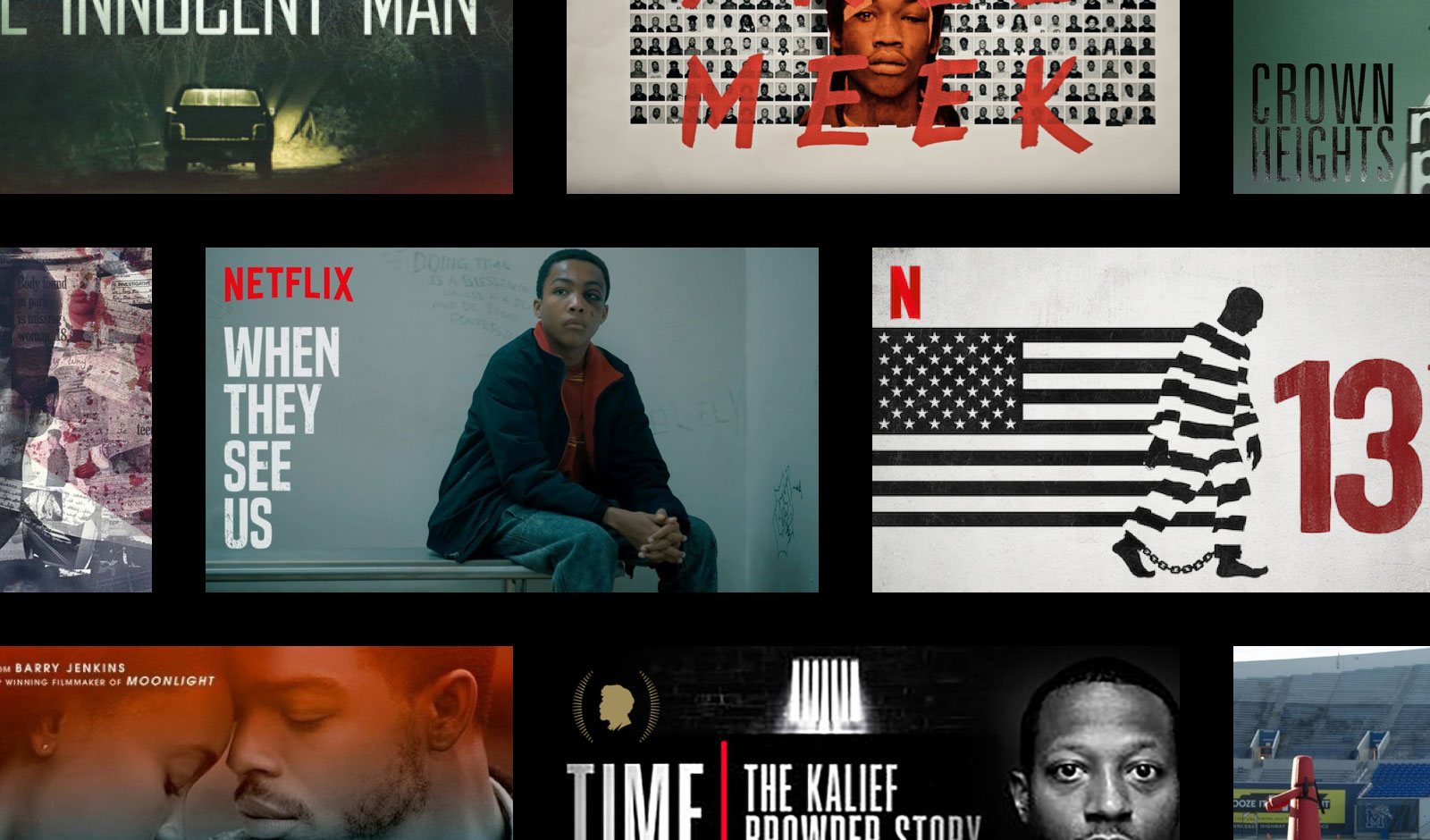 Looking for something new to watch, read or listen to? Dig in to our list of movies, TV series, podcasts and books to expand your knowledge. Don’t forget to share your favorites with your friends, and let us know your picks in the comments below.

Quiz: How many innocent people are behind bars?

This film, currently in theatres, is based on the true story of All-American high school football star Brian Banks, who was wrongly convicted of a sexual assault and sentenced to 10 years of prison and probation, despite a lack of substantiated evidence that any crime took place. After years of fighting for his freedom, the California Innocence Project took on the case and won Brian’s exoneration in 2012, after which Brian resumed his football career and was signed by the Atlanta Falcons. The film stars Aldis Hodge, Greg Kinnear and Sherri Shepherd.

Adapted from a This American Life podcast, this 2017 film tells the true story of Colin Warner, an 18-year-old Trinidadian-American who was wrongly convicted in 1982 of murder in the largely West Indian neighborhood of Crown Heights, Brooklyn. With no law degree or prior legal experience, Carl King, Warner’s best friend, became the lead advocate in the fight to prove Colin’s innocence. The film stars Lakeith Stanfield and Innocence Ambassador Nnamdi Asomugha.

This gorgeous 2018 adaptation of James Baldwin’s novel of the same name is directed by Moonlight’s Barry Jenkins and stars Kiki Layne, Stephan James and Regina King. The heartbreaking love story of Fonny and Tish is set in 1970s Harlem. After Fonny is falsely accused and convicted of rape he did not commit, Trish must navigate her pregnancy and the corrupt criminal justice system without Fonny by her side.

Based on the BBC series Criminal Justice, this HBO miniseries follows Pakistani-American college student Nasir Khan as he sits in custody and awaits formal arraignment, having been accused of the murder of a young woman he had just met. The show stars Riz Ahmed, John Turturro and Innocence Ambassador Michael K. Williams.

Ava DuVernay’s When They See Us is a four-part miniseries based on the wrongful convictions of Antron McCray, 15; Kevin Richardson, 14; Yusef Salaam, 15; Raymond Santana, 14; and Korey Wise, 16. In 1989, they were arrested as teenagers and terrorized by police before being wrongfully convicted of brutally assaulting and raping a white woman who was jogging in New York City’s Central Park. The series stars John Leguizamo, and Innocence Ambassadors Niecy Nash, Michael K. Williams and Aurora Perrineau.

In this 2016 documentary, Ava DuVernay explores the legacy of slavery in the United States and its inextricable link to modern mass incarceration. The documentary includes commentary from experts on the legal and prison systems, such as Angela Davis and Michelle Alexander. This documentary is a compelling entry point into understanding how our nation’s barbaric history of enslavement and racial terror evolved into present-day racism and systemic inequality.

A true-crime series that explores how flawed forensic evidence, like bitemarks and cadaver dogs, led to various wrongful convictions.

This docuseries chronicles Philadelphia rapper Meek Mill’s fight for freedom. Meek served seven months in prison for drug and gun possession at age 19 and gained national attention when he was re-sentenced to up to four years in prison for a parole violation almost a decade later. After persevering through his own case and release from prison, Meek became a leader and advocate for the millions of other black youth trapped in a punitive legal system.

This documentary recounts how a Los Angeles man narrowly avoided a death sentence for a murder he did not commit when footage from a taping of the HBO series Curb Your Enthusiasm corroborated his alibi.

Related: How a Taping of ‘Curb Your Enthusiasm’ Saved an Innocent Man from Death Row

Southwest of Salem: The Story of the San Antonio Four

In the late 1990s, four Latina lesbians — Elizabeth Ramirez, Cassandra Rivera, Kristie Mayhugh and Anna Vasquez — in Texas were wrongfully convicted of gang-raping two little girls in a trial beset by deep-rooted homophobia and baseless hysteria over accusations of Satanic rituals. The defendants were represented by Innocence Project of Texas.

Teenager Kalief Browder spent three years in New York’s infamous Rikers Island jail awaiting a trial for his alleged crime of stealing a backpack. During that time, he was subject to extensive abuse and spent two years in solitary confinement. Ultimately, Kalief was never prosecuted and the case was dropped. Tragically, he was unable to heal from the trauma he endured at Rikers, and committed suicide shortly after his release. His case inspired the Close Rikers campaign and brought attention to the countless people sitting in jails awaiting trial because they can’t afford bail.

The 2019 docuseries re-examines the conviction of Adnan Syed made famous by the Serial podcast by exploring the 1999 disappearance and murder of Hae Min Lee in Baltimore County.

This six-part documentary series follows historian Abdur-Rahman Muhammad as he seeks answers to the many questions that surround the assassination of Malcolm X decades after his death, including whether or not the actual perpetrators of his murder were caught.

Season one of The Confession Tapes features six cases in which the defendant falsely confessed after being interrogated, manipulated and threatened by police. Each episode is supplemented by video footage of the interrogations, archival photos and interviews with prosecutors, police, attorneys, family members and experts.

An American true crime docuseries based on Innocence Project Board member John Grisham’s 2006 non-fiction book, The Innocent Man: Murder and Injustice in a Small Town, this series chronicles murder cases and wrongful convictions in Ada, Oklahoma, in the 1980s, including Innocence Project clients Ron Williamson and Dennis Fritz.

From executive producer Viola Davis, this series exposes the flaws and prejudices in the American justice system through in-depth and coverage of the death row cases of Darlie Routier and Julius Jones.

HBO chronicles the career of Bryan Stevenson, Alabama attorney and founder and executive director of the Equal Justice Initiative. Stevenson has defended the state’s most vulnerable people, many of whom were never given a fair trial or a reasonable chance to fight their convictions. “My clients have been broken by trauma, broken by bias and discrimination,” Stevenson says in the trailer.