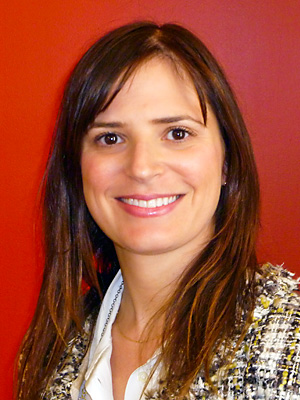 
On Monday, the Innocence Project filed a friend of the court brief in support of the request of two brothers, Raymond and Thomas Highers, to call an expert in eyewitness identification memory and perception at their retrial for the 1988 murder of a Detroit marijuana dealer, Robert Karey. In August, the Highers’ conviction and life sentence were vacated based on new evidence strongly suggesting that the Highers are, in fact, innocent, as they have maintained while serving life sentences in prison. State prosecutors have decided to retry Raymond and Thomas Highers; the new trial begins on October 16, 2013.

The Highers’ murder conviction and sentence of life in prison were based almost entirely on the testimony of an eyewitness who identified Raymond Highers as one of two men he saw fleeing Mr. Karey’s house. This witness estimated that he was about 60 feet from the fleeing men at dusk, and that he heard a series of gunshots coming from Mr. Karey’s house just before he saw them running.

A 2009 Facebook chat between two alumni of Detroit-area high schools in the late 1980s led to the discovery that the two men who were fleeing from the scene weren’t the Highers brothers — or even Mr. Karey’s killers. Instead, they were two recent high school graduates who had gone to buy marijuana from Mr. Karey but were suddenly confronted by a group of men who brandished weapons and told them to leave, which they did. While running from the house, they heard gunshots. Unlike the Highers brothers and unlike the description of the supposed killers provided by the eyewitness, these armed men were African American. While no one knows who actually killed Mr. Karey, the story told by the men who fled Mr. Karey’s house — who were likely the men the eyewitness saw — suggests that it was the group of armed men who in fact killed Mr. Karey.

Sworn statements by the men who were at Mr. Karey’s house and confronted by the armed men, together with other corroborating evidence, including that their car matched the car described by the eyewitness, led to the grant of a new trial for the Highers brothers after 25 years of imprisonment.

The Highers’ attorneys have asked the court to allow them to call an expert on eyewitness memory and perception to explain to jurors how conditions at both the time of and after an event — including during identification procedures — can negatively affect the accuracy of an identification. In this case, these factors include 1) high stress; 2) low illumination; 3) the witness’ short viewing opportunity 4) the use of a lineup administrator who knows who the police suspect is, and therefore may consciously or unconsciously cue the witness; 5) the failure to give the witness pre-lineup instructions that the suspect may or may not be in the lineup and that the witness should not feel compelled to make an identification; 6)

presenting the lineup members all at once rather than one by one, which has been shown to encourage witnesses to pick the person who most resembles the suspect

In this case, the eyewitness maintains that he is 100 percent certain of his identification of Raymond Highers. It is critical that jurors understand both that confidence is not well-correlated with accuracy and also that it can be inflated by factors include post-event information, since research reveals that jurors tend to be most influenced by a witness’s confidence.

A hearing is scheduled for Monday, at which time the court will rule on the Highers’ request for an eyewitness expert. The Innocence Project’s brief can be found