An Innocence Project Tribute to Father’s Day: John Nolley and His Son Bryson 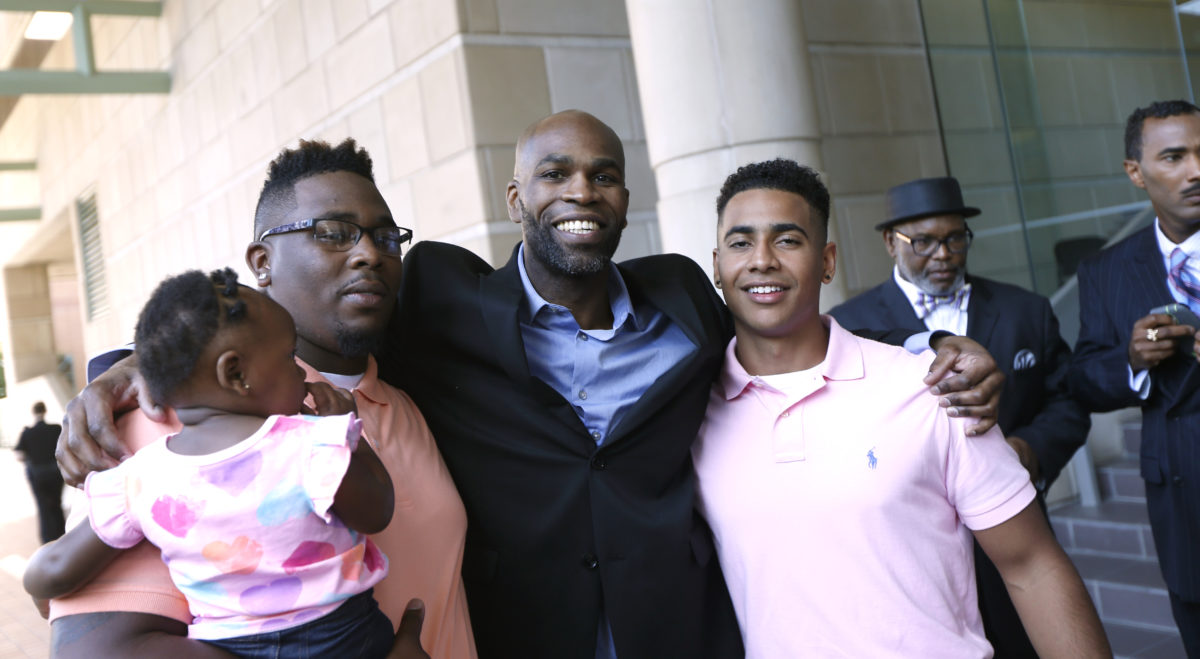 John Nolley (second from right) with his family after his release from prison in May 2016.

Last month, John Nolley was released from prison when a Fort Worth, Texas, judge filed an order recommending that Nolley’s 1998 murder conviction be overturned based on new evidence which revealed that Nolley was not the source of a bloody palm print found on a piece of paper recovered on the victim’s body.

Since the day he was released, Nolley has expressed that he’s thrilled to be reunited with his family, especially his two sons, Tavin and Bryson. As a special tribute to Father’s Day, the Innocence Blog asked Nolley to reflect on reuniting with his kids.  We also spoke to his youngest son, Bryson, about how it’s been for him to reconnect with his dad at home after so many years.

It’s hard for me to put into words what it’s like to be with my sons again. They were babies when I left. Now they’re both young men.

Over the past few weeks, I’ve been able to do things that I missed out on before, like make breakfast for them. We’ve been hanging out—going to the gym and things like that. We’re enjoying spending time together.

“It’s hard for me to put into words what it’s like to be with my sons again.”- Nolley

I have two granddaughters now; one of them just turned two, the other is a baby—one year-old. Having them is such a meaningful experience for me. It’s as though through them, I get to have some of the times that I missed with my sons.

It’s still surreal that I’ll be celebrating Father’s Day with my dad for the first time. It’s only been about a month since he was freed compared to the 19 years he’s been away. It’s nice knowing he’s just a phone call away. Although he was gone for 19 years, I have no doubt that I came from him. . . . We click mentally. It’s weird seeing our little similar traits.

He left when I was 3 months old so I really have no memory before he was locked up. Nothing surpasses the memory of him getting out. I am looking forward to him getting his freedom so we can go out, right now he’s confined to his county so he can’t go too far.

My dad has taught me that being a man is more than just growing chest hair, it’s about being mentally strong.

I’ve been told by a lot of people that being institutionalized breaks you mentally, but that’s not the case with him. Somehow he’s stronger!