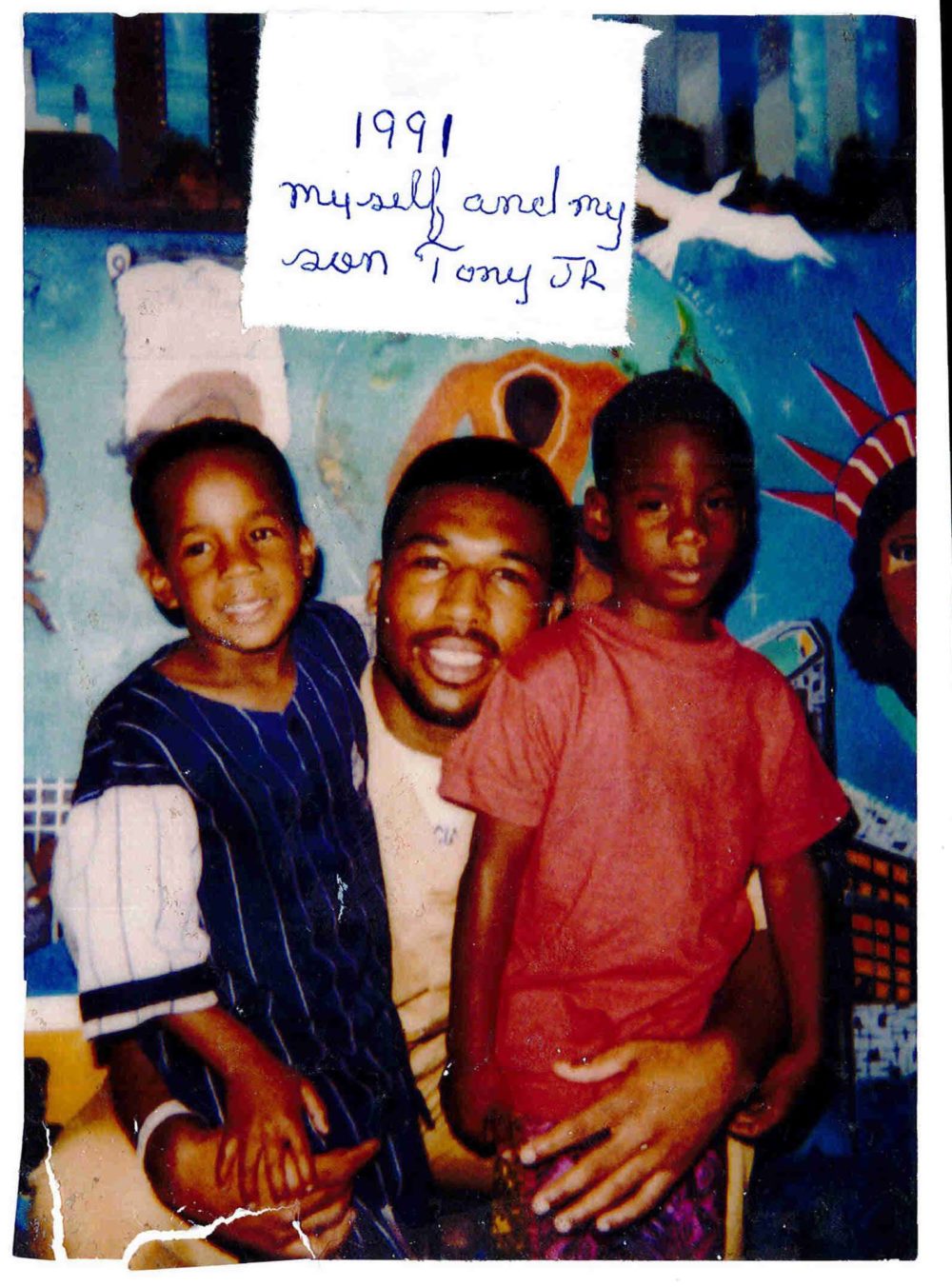 Innocence Project client Anthony Wright was wrongfully convicted of murder in Philadelphia in 1993 based on eyewitness testimony and a coerced false confession. Despite his conviction being overturned after DNA testing of crime scene evidence excluded Wright as the perpetrator in 2013 and matched another man, he remains in prison pending retrial, which is scheduled for this August.

At the time he was convicted, Wright had a young son—Anthony Wright, Jr.—with whom he has remained close. For Father’s Day, the Innocence Blog asked Wright to discuss what his son means to him.  This is what he said:

My son, even when he’s not in front of me, he’s in front of me. He’s with me all of the time. He’s the air I breathe. He’s my everything. To hear his voice—he gives me the strength I need.

It’s said that it takes a village to raise a child. That’s been especially true in my case. He was 4 years old when this tragedy occurred; now he’s 28. I don’t know what it was between he and I, but we’ve always had a bond. And I’ve always held his attention.

He used to come see me when he was a little boy. When he was here, he would stare at me.  He would barely blink.  He just kept his eyes on me. There was a vending machine in the visiting room. He would go to the vending machine, but he would walk backwards so that he could keep his eyes on me. He was afraid that if he turned away, I wouldn’t be there when he turned back around.

The bond that we share is beyond anything that I could have ever imagined. Over the course of 24 years, he’s never wavered, he’s never stopped believing in me.

I get up every morning because of him.