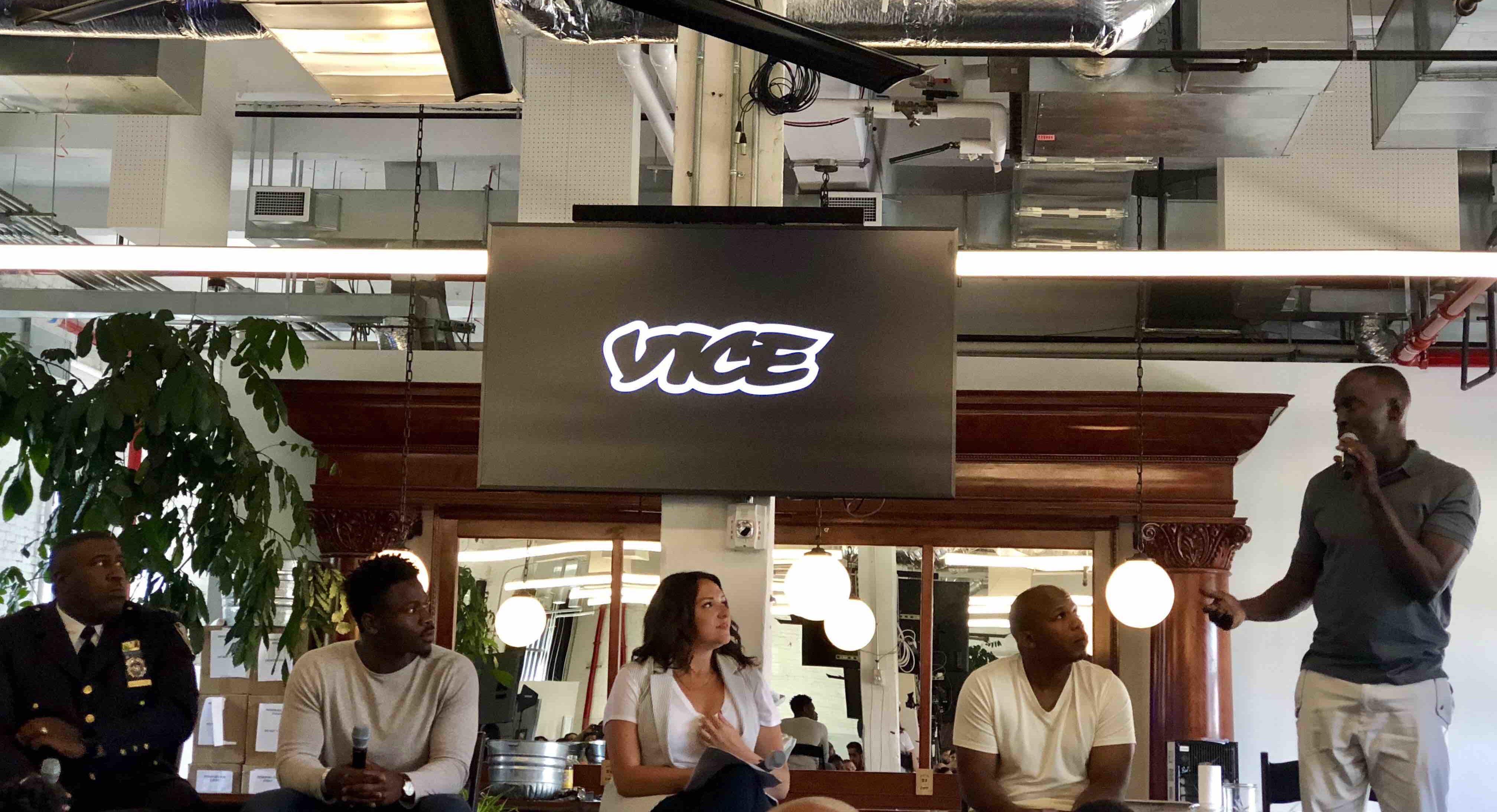 Today, members of the Innocence Project staff were invited to the VICE headquarters for a screening of HBO’s and VICE’s Raised in the System and a subsequent panel discussion about juvenile justice and community policing. Raised in the System—an Emmy-nominated documentary that Michael K Williams (The Wire, The Night Of) executive produced and narrated—highlights key issues around the United States’ growing tendency to criminalize adolescent behavior.

In the documentary, Williams visits cities across the country to learn about alternatives to juvenile detention. In Toledo, OH, for example, Williams interviews Judge Denise Navarre Cubbon who believes that sending youth to juvenile detention facilities should be the last resort. She recognizes that troubled youth are not necessarily criminals—they’re kids. Rather than incarceration, they need guidance, mentorship and education.

“Juvenile detention centers,” Felicia Pearson, Williams’ co-star in The Wire, tells Williams, “Ain’t no place where a child is supposed to grow up.”

The documentary presents other tools communities across the country have implemented to combat the skyrocketing juvenile incarceration rate—of which the U.S. has the highest in the world. The documentary emphasizes mentorship programs and community treatment centers as some sustainable alternatives to incarceration.

Following the screening was a panel moderated by Dana Rachlin, founder and president of NYC Together, to discuss youth and community policing in front of an audience mainly comprised of Brooklyn North police officers. Panelists included Chief Jeffrey Maddrey of the Brooklyn North NYPD post; Jim St. Germain, author of A Stone of Hope and founder of PLOT; Dominic Dupont, Williams’ nephew who was pardoned in 2017 after spending 20 years in prison; and Michael K. Williams himself.

“Setback is a setup for a come back,” said Dupont about his commitment to improving communities for youth.