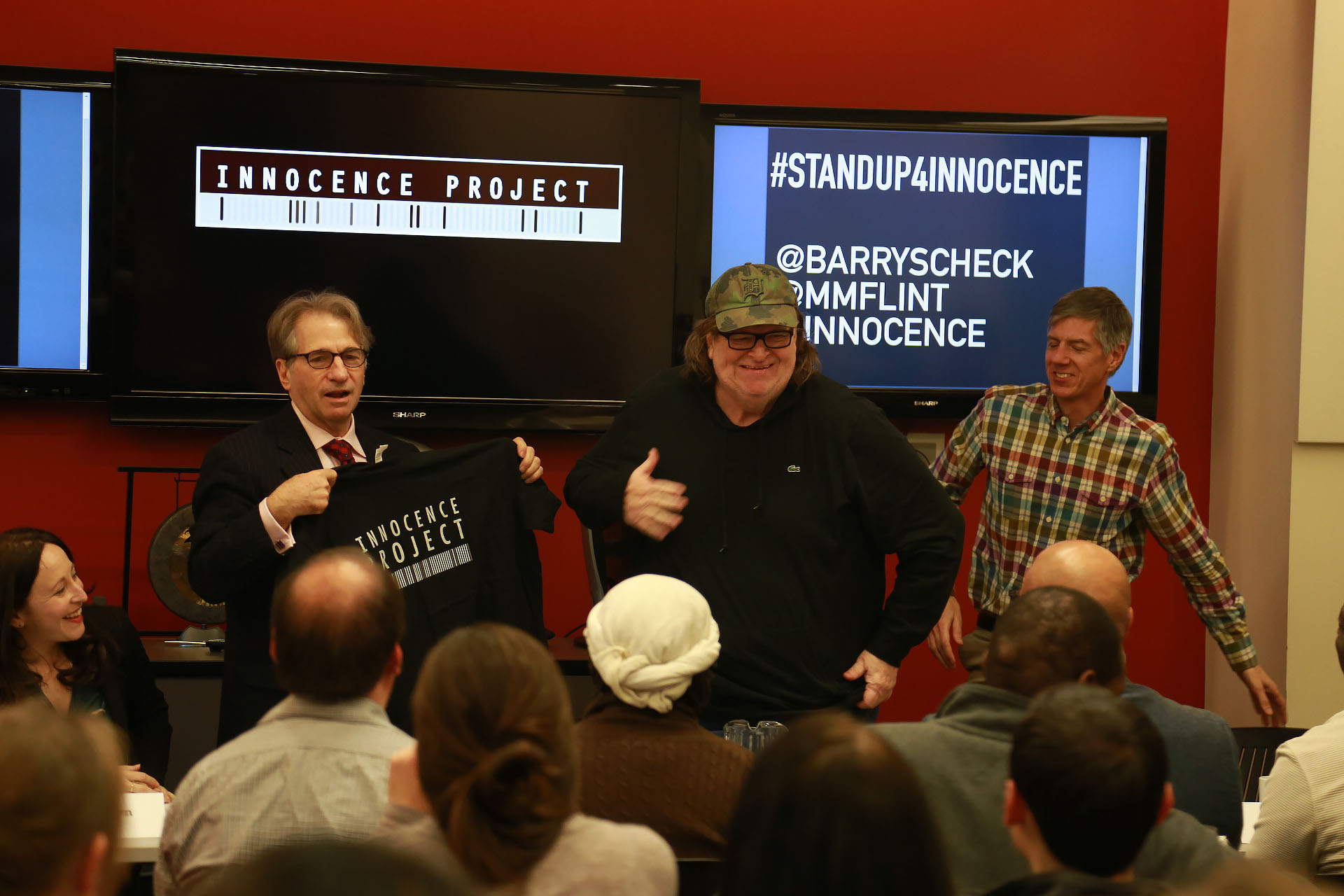 
United States criminal justice system is failing and how to solve it. The jam-packed event brought


together Innocence Project staff and law students, advocates and exonerees for an exciting exchange of

In his recently released documentary,

Where to Invade Next

, Moore documents a trip he made across


consider adopting similar policies. At Thursday’s event, Moore said that he believes the film takes a


serious and important turn when it explores issues of criminal justice. For example, he traveled to


minimum, even for serious crimes. Discussion about his film led into the topic of wrongful convictions,


which is touched on in the film, and the work of the Innocence Project. “It’s shameful that we allow this

“I plan to go out across the country in the coming months and spread the word,” said Moore, about the


event. The highlight of the discussion was when they responded to the moderator’s question: “In your


opinion, what steps need to be taken to address and prevent wrongful convictions?”


Shakur said, “One of the problems is lack of accountability. Hardly ever is a prosecutor held accountable


Scarcella is being investigated for over 70 cases.”


McCallum expressed, “The public can play an important role in stemming the tide for wrongful

Moore apologized to the exonerees and their families who were seated in the front rows.


convictions that need to be addressed in order to truly fix the problem. “I don’t think [criminal justice]


it’s going to get entirely fixed until we fix the racial issue and the issue of fear.”

Where to Invade Next

will be released nationally on