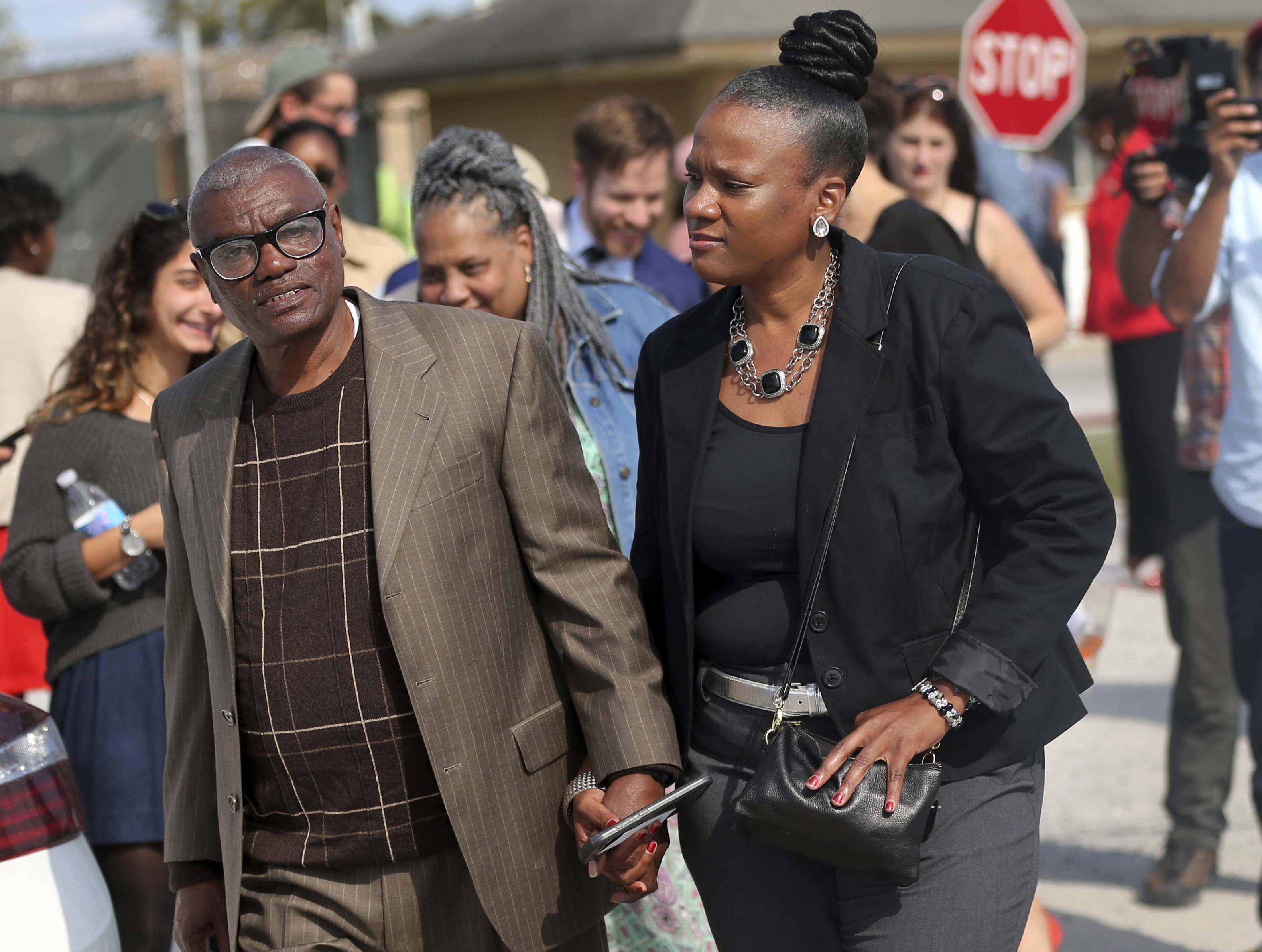 Wilbert Jones holds hands with his niece after he was released from prison in November 2017. Photo: Time Magazine, courtesy of IPNO.

Yesterday, Innocence Project New Orleans (IPNO) client Wilbert Jones was exonerated in Baton Rouge after a 46-year fight for his freedom. Jones was wrongly convicted in 1973 for the October 1971 kidnapping and rape of a nurse at Baton Rouge General Hospital. He was sentenced to life in prison.

In November 2017, Jones was released on bail after a state district judge ruled that “highly favorable” evidence was withheld from Jones’ defense and that this evidence likely changed the original outcome of the case.

In a press release, IPNO Senior Counsel Emily Maw commented: “Mr. Jones was exonerated today after 46 years and nine months wrongly charged with a rape he did not commit. His conviction was not reversed on a technical legal issue. Judge Anderson threw out his conviction and insured his freedom because law enforcement did not disclose the known serial rapist with an identical MO who matched the description and committed—what Judge Anderson described as–a ‘mirror image crime’ just weeks later.”

“Wilbert’s entire ordeal stemmed from a mistaken witness whose mistake could have been prevented with better police procedures.” – IPNO Staff Attorney Kia Hayes

IPNO began working on Jones’ case in 2001. They uncovered that the victim had told police she was not 100 percent certain of her identification of Jones, who was arrested four months after the crime occurred. Despite this, Jones’ conviction rested primarily on the victim’s identification of him.

“Wilbert’s entire ordeal stemmed from a mistaken witness whose mistake could have been prevented with better police procedures,” IPNO Staff Attorney Kia Hayes stated in a press release.

IPNO also discovered that authorities had connected the rape for which Jones was convicted to a suspected serial rapist who exactly matched the victim’s initial description of her attacker. This information, however, was never disclosed to the defense. According to IPNO, the alleged serial rapist is alive, free and currently living in Baton Rouge.

“Wilbert Jones spent more time wrongly imprisoned than any known exonerated American,” said IPNO Executive Director Jee Park. “Mr. Jones was arrested as a young, poor, illiterate black man at a time of great racial tension in Baton Rouge. He had a cursory trial and flimsy evidence was sufficient to throw him away for the rest of his life.”

She added: “His case represents not just what was wrong then, but the enormous power of courts now to rectify those wrongs and demonstrate that the strength of our institutions is only in recognizing that they are a work in progress.”

When Jones’ attorneys informed him of the news yesterday morning, he was overwhelmed.

“He thanked God and then said he wanted to vote,” said Hayes.