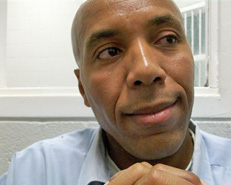 The Innocence Project, the Mid-Atlantic Innocence Project and Hogan Lovells US LLP is filing legal papers before the Virginia Court of Appeals today asking the court to exonerate a Richmond man who has been incarcerated nearly 27 years for three rapes that DNA and other evidence now show were committed by the notorious “Black Ninja” rapist.  After an extensive investigation that included DNA testing, an exhaustive review of the evidence and polygraph tests, Richmond Commonwealth’s Attorney Michael Herring and Henrico Commonwealth’s Attorney Wade Kizer are both calling for Mr. Haynesworth’s exoneration and return to freedom.  Virginia Attorney General Ken Cuccinelli has also announced that he is supporting the writ seeking a declaration of innocence.

“This a tragic miscarriage of justice that occurred because law enforcement let the pressure of making an arrest in high profile crimes get in the way of finding the real perpetrator,” said Shawn Armbrust, director of the Mid-Atlantic Innocence Project.  “What’s particularly upsetting in this case is that after our client was arrested and behind bars, rapes matching the same MO continued, yet it didn’t occur to anyone that our client could have been innocent even though he insisted on his innocence throughout four trials.”

Peter Neufeld, Co-Director of the Innocence Project, which is affiliated with Cardozo School of Law, added, “Forty years of social science research—much of it available when these crimes occurred—has concluded that identifications are often unreliable, especially in cross racial crimes.  We hope this case will spur the legislature to demand that all departments across the state enact formal policies that are designed to prevent misidentification. ”

Between January 3 and February 1, 1984, five white women were the victims of rapes or attempted rapes by a young black male in the East End of Richmond, a small area overlapping both the City of Richmond and Henrico County.  On February 5, 1984, Thomas Haynesworth, an 18-year-old Richmond resident with no prior record, was arrested after one of the victims identified him.  The other four victims later picked his photo out of a photo array. Haynesworth was eventually convicted for crimes that occurred on January 3, 30 and February 1, 1984 and sentenced to 36 years in prison.  He was acquitted of the crime that occurred on January 21, and the charges were dropped in a January 27 incident.

Rapes in the same general area continued throughout 1984 after Haynesworth was arrested, with more than 10 young white women being attacked by a young black male who began to refer to himself to his victims as the “Black Ninja.”  On December 19, police arrested Leon Davis, who was charged with about a dozen rapes that took place during the last nine months of 1984. Davis was eventually convicted of at least three of those crimes and sentenced to multiple life terms.

After five men were exonerated through DNA testing of biological evidence in the case files of the Department of Forensic Science, Gov. Mark Warner ordered a review of all the cases between 1973 and 1988 where there was evidence suitable for DNA testing.  As a result of this review, it was discovered that the semen recovered from the victim of Haynesworth’s January 3 rape conviction matched Davis, not Haynesworth.

At this point, the Innocence Project, the Mid-Atlantic Innocence Project and Hogan Lovells US LLP reached out to the Richmond and Henrico Commonwealth’s Attorneys to review Haynesworth’s other convictions.  While there was no physical evidence for his two remaining convictions, DNA testing proved that Davis was the perpetrator in the case for which Haynesworth was acquitted.

After additional review, the Richmond and Henrico Commonwealth’s Attorneys now agree that Haynesworth is also innocent of the other two crimes.  Haynesworth and Davis are similar in appearance – DNA evidence now proves that the victims in two of Haynesworth’s cases misidentified him as Davis.  However, Haynesworth is not quite 5’7” in height, while Davis is 5’10”.  The victims in the two cases without physical evidence described their attacker as 5’9” or 5’10”.  (Interestingly, after he was convicted, Haynesworth ran into Davis in the Richmond County Jail, and Davis asked him to appear at his trial in hopes of confusing the victim of his identity.  Haynesworth refused.)  Haynesworth also passed polygraph tests about both of the cases that were administered in the presence of the respective Commonwealth’s Attorneys.  Additionally, the MO (modus operandi) in all of the cases is strikingly similar, including:

• Davis committed his crimes either in the early morning or early evening.

• Davis would generally approach his victims casually on the street and then force them to a secluded area.

• All of Davis’ victims were white females between 15 and 30.  (According to U.S. Department of Justice data only 12% of forcible rapes are committed by perpetrators who rape women of other races.  http://bjs.ojp.usdoj.gov/content/pub/ascii/SOO.TXT /)

• Davis robbed each of his victims, usually before sexually assaulting them.

• Davis typically engaged in the same sex acts with his victims.

• Davis was unusually talkative during his attacks.

• All of Davis’ attacks occurred in close proximity. The crimes that we now know he committed in the beginning of 1984 occurred within a five block radius of his then address on National Street in the East End of Richmond.  Most of his later attacks occurred further west in the Fan District and the Museum District, consistent with the fact that he married and moved to Parham Road in Henrico.  His wife worked at 2900 Kensington Avenue in Richmond, which is in the Fan District.

In the papers that will be filed today, Haynesworth asks the court to grant him a Nonbiological Writ of Actual Innocence.  Even though his petition is supported by the Attorney General and both Commonwealth’s Attorneys now believe he is innocent, Haynesworth will likely remain incarcerated while the court decides the case.  There are no mandatory deadlines for the court to reach a decision.

Misidentification is the cause of 75% of the wrongful convictions that have been overturned because of DNA testing.  In 2005, the Virginia legislature passed a law requiring that each law enforcement agency in the state adopt written eyewitness identification policies, but the Virginia State Crime Commission found that, as of November 2010, at least 25% of the 134 departments across the state still did not have written identification policies and many of the departments with policies use procedures that fall short of best practices. While the Virginia State Crime Commission has vowed to continue seeking improvements, this case demonstrates why the legislature should act now to implement uniform, best practices across the state. Identification procedures that eliminate suggestion by requiring that the identification procedure be administered by an officer not assigned to the case, telling the witness that the perpetrator may not be in the lineup or photo array and asking the witness their level of confidence in the identification have proven effective in reducing wrongful convictions.  Additional information about misidentification is available at www. http://www.innocenceproject.org/fix/Eyewitness-Identification.php.

“After five years of delay, it’s clear we need the legislature to step up and demand action.  Mistaken identifications don’t just hurt the people who are wrongly identified.  They hurt all of us because the real perpetrator goes uncaught,” said Olga Akselrod, a staff attorney with the Innocence Project.

Haynesworth would be the fourth person to be exonerated from the state’s review of 210 cases that occurred between 1973 and 1988 where there was sufficient evidence to conduct DNA testing.  (There is also an exoneration pending for a Newport News man before the Virginia Supreme Court.)  Funding for the review is being paid for largely through money from the federal government.


Review a timeline of the case