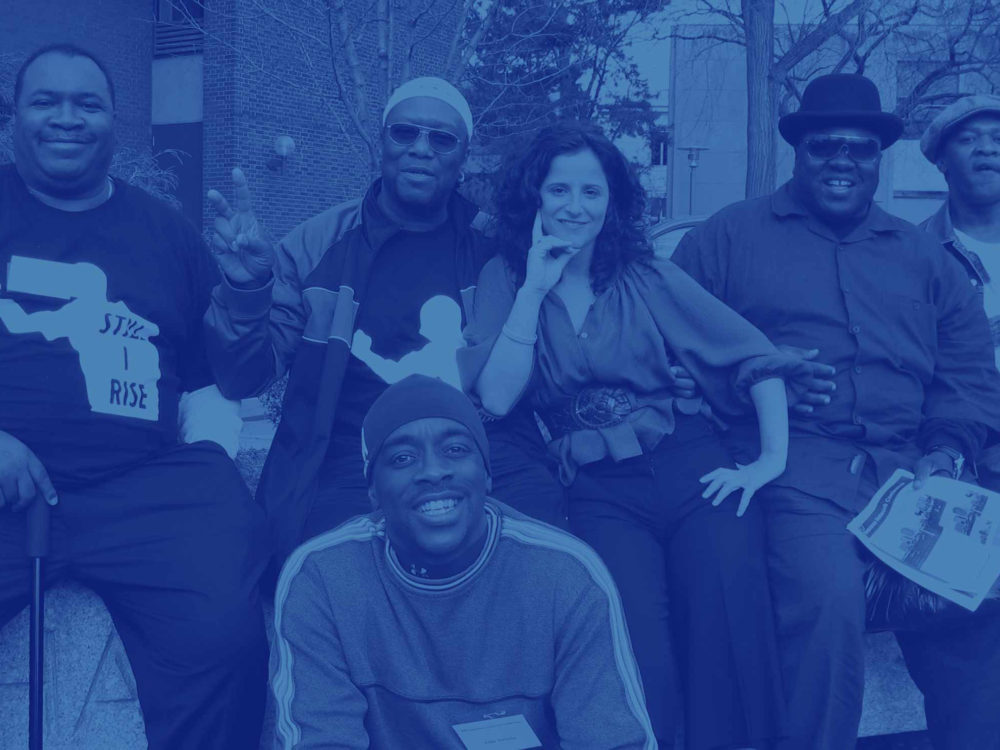 Innocence Project Director of Post-Conviction Litigation Vanessa Potkin (center) in a photo from several years ago with clients.

Today marks the official kickoff to the Innocence Project’s year-long celebration to commemorate its 25th anniversary. As part of the festivities, we are launching a special website that tells the story of the Innocence Project’s evolution, from its beginning as a legal clinic led by civil rights attorneys (and current Co-Directors) Peter Neufeld and Barry Scheck to its place as a trailblazer of the innocence justice movement.

When they started the Innocence Project in the halls of Cardozo Law School, Neufeld’s and Scheck’s goal was to use DNA to free as many innocent people as possible. At times, the work seemed insurmountable. In 1992, only 10 people had been exonerated, and there were no states that allowed post-conviction DNA testing.

Today, we’re proud to say that we’ve come a long way. As of this year, 349 people—who, cumulatively, spent 5,000 years of their lives in prison for crimes they didn’t commit—have regained their liberty. The Innocence worked directly on nearly 200 of those cases.

We turned 25, so we launched something special to celebrate. Take a look: https://t.co/EpFSClx2oA pic.twitter.com/lWJSPDM6lm

Also, in 2013 we celebrated a major victory: the passage of Oklahoma’s statute mandating access to post-conviction DNA testing—the 50th state in the country to pass such a law.

Overall, we’ve led the passage of more than 100 laws around the country through trusted alliances with law enforcement, defense lawyers and policy makers. As a result of our efforts, the risk of being wrongfully convicted has been greatly reduced for more than 100 million of Americans. And those currently incarcerated for crimes they didn’t commit have a much greater chance of being freed through DNA testing.

Also, through our work with scientists, the Innocence Project has created and offered innovative and often science-based solutions to address the factors that contribute to wrongful convictions.

We invite you to visit our new 25th anniversary online celebration to learn more of the key moments, cases and stories of the Innocence Project over the past quarter of a century and the work that we have planned for the years ahead. In all that we’ve accomplished—only with your help—we’re just scratching the surface in identifying the problems and finding solutions to criminal injustice.