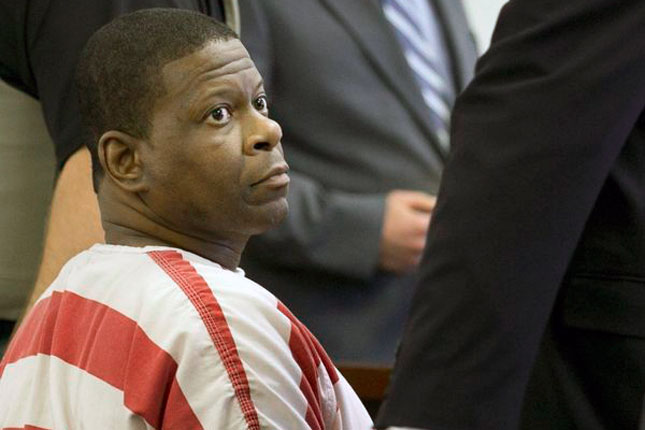 (August 8, 2019 – Bastrop, TX) Today, lawyers for Rodney Reed, who remains on Texas’ death row, filed a federal civil rights suit against the State of Texas after his request for DNA testing in his 1998 conviction for the murder of Stacy Stites has been repeatedly denied. This filing comes on the heels of Bastrop County District Attorney’s request to schedule Reed’s execution date for November 20, 2019. The filing today demonstrates that while we know DNA testing can secure evidence of innocence to support Reed’s claim under Section 1983 of the United States Constitution, the denial of such testing effectively violates his constitutional rights.

“If this case were investigated today, the murder weapon would unquestionably have been tested, and could provide evidence of Mr. Reed’s innocence. Instead, his fundamental right to due process has been violated and an execution date has been set. It simply makes no sense that the state would attempt to execute a person without conducting this basic forensic investigation,” said Bryce Benjet, Reed’s lawyer and senior staff attorney at the Innocence Project which is affiliated with the Benjamin N. Cardozo School of Law.

Reed’s request for DNA testing was filed approximately five years ago and was denied after lengthy proceedings—including two appeals to the Texas Court of Criminal Appeals. Last summer, the United States Supreme Court declined to directly review the denial of DNA testing by the Texas courts. This federal action is brought today after a legislative fix to the post-conviction DNA law that passed unanimously in the Texas House of Representatives failed to advance in the Senate prior to the end of the legislative session.

Additionally, renowned forensic pathologist Michael Baden, M.D. also testified at a hearing in 2017 that the condition of Stites’s body rendered the state’s theory of Reed’s guilt impossible.  Where the state argued Stites was killed between 3-5 a.m. on April 23, 1996, the evidence showed that Stites was actually killed before midnight on April 22nd. Baden’s testimony was corroborated by two other leading experts and uncontradicted by the state.

In the 20 years since Mr. Reed’s trial, there is substantial evidence that both exonerates Reed and implicates Stites’s fiancé, Jimmy Fennell. New witnesses have come forward, including Stites’s cousin, who was aware that Reed and Stites were romantically involved. Fennell’s best friend at the time, Bastrop Sheriff’s Officer Curtis Davis has now revealed that Fennell gave an inconsistent account of where he was on the night of the murder. Fennell, who was recently released after serving a 10-year prison term for a sex crime, had told his friend he had been out drinking on the night Stites was murdered. He later claimed he was with Stites in their apartment during the time that we now know was the actual time of her death, based on Dr. Baden’s updated testimony. When asked to explain this discrepancy, Fennell declined to testify because his answers might further incriminate him.