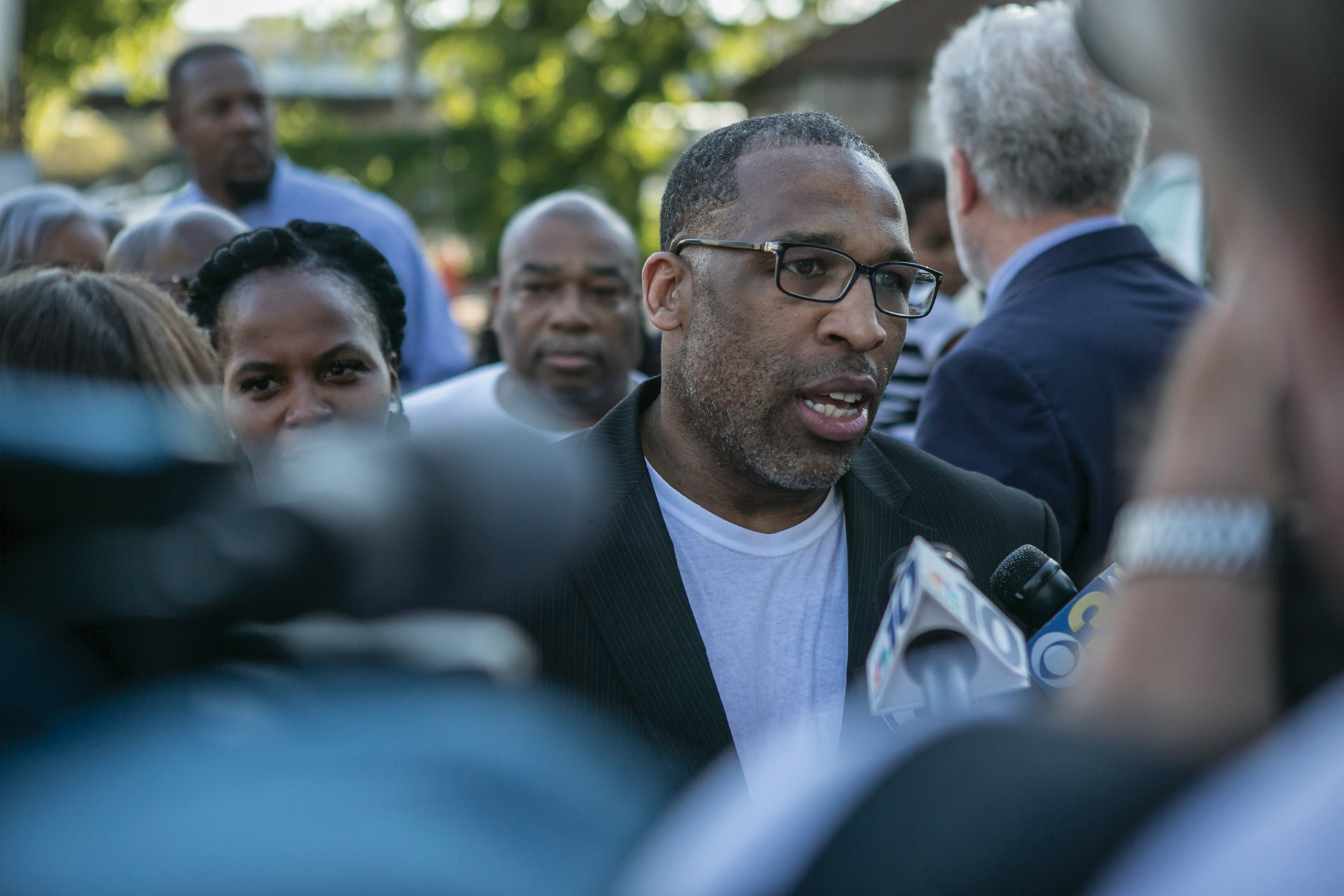 In August 2016, Innocence Project client Anthony Wright was acquitted of a 1991 rape and murder that DNA evidence proved he did not commit. After being wrongly incarcerated for 25 years, Wright became the country’s 344th DNA exoneree.

Related: I stand with the Innocence Project in combatting prosecutorial misconduct

On the two-year anniversary of Wright’s acquittal, the Innocence Project filed a formal complaint against Bridget L. Kirn, the lead prosecutor in Wright’s 2016 retrial who told the jury he was guilty and should remain incarcerated, even though DNA evidence proved he was innocent. The complaint, which accuses Kirn of official misconduct, was filed with the Disciplinary Board of the Supreme Court of Pennsylvania.

The 29-page complaint requests that the Board investigate new evidence that Kirn allowed two police witnesses to give what she knew was false testimony at Wright’s 2016 trial:

The instant complaint asks the Board to investigate new evidence, developed by civil counsel for Mr. Wright in the two years since his acquittal, that Ms. Kirn knowingly violated the Rules of Professional Conduct during the course of the August 2016 trial. Specifically, sworn deposition testimony obtained from numerous law enforcement witnesses during the course of Mr. Wright’s subsequent civil rights lawsuit – and not disputed by Ms. Kirn herself – has revealed that Ms. Kirn failed to correct what she personally knew to be false testimony given by two of the lead detectives called as witnesses by the Commonwealth.

[T]he detectives’ testimony related to an issue that was at the heart of the trial: newly-developed DNA evidence that stood in direct conflict with the detectives’ earlier claim about Mr. Wright’s supposedly voluntary “confession” to the crime, and with physical evidence they claimed to have recovered from Mr. Wright’s home. Yet despite (or, perhaps, because) the detectives’ credibility and truthfulness in the eyes of the jury was absolutely critical to the Commonwealth’s prospects for securing Mr. Wright’s conviction despite the new DNA evidence, Ms. Kirn failed to alert the Court or the jury to what she personally knew was the falsity of their testimony, or otherwise honor her ethical duty to correct it. As such, counsel respectfully submits that the Board has substantial grounds to investigate and discipline Ms. Kirn for at least two violations of Pa. Rule Prof’l Conduct 3.3(a)(3).

In short, the complaint alleges that Kirn allowed the detectives to falsely testify regarding what they claimed was a lack of knowledge about the new DNA test results, and that Kirn knew their testimony was false because she herself had explained the results to these detectives in detail before the trial. Under Pennsylvania’s rules of legal ethics, Kirn was obligated to inform the judge and jury that the detectives’ testimony was false.

The truth about Kirn’s alleged misconduct was unveiled last year when the former detectives gave sworn testimony as defendants in Wright’s civil rights lawsuit and admitted that Kirn had told them about the DNA results in detail before they testified.

“Had she succeeded in her efforts to convict Mr. Wright of murder a second time, he would still be behind bars, spending the rest of his life in prison without the possibility of parole,” reads the complaint. “The fact that she did not ultimately achieve this objective should not minimize the severity of her misconduct. Nor should it prevent the board and the Supreme Court from holding her fully accountable for her actions.”

According to a story published in the Inquirer about the complaint, there could be serious consequences for Kirn: “If the board conducts an investigation and finds merit in the charges it could impose sanctions on Kirn that range from reprimand to public censure to suspension of her law license to disbarment.”