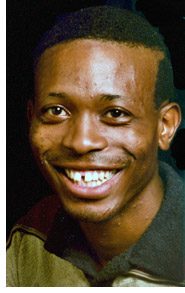 At a hearing today, the Innocence Project and the law firm of Bryan Cave argued before a Missouri court to vacate the conviction of George Allen who has served 30 years for a 1982 crime that DNA and other evidence proves he didn’t commit. Serology and fingerprint evidence excluding Allen as the perpetrator was known to the police at the time of his trial but never disclosed to the defense.

Police arrested Allen for the rape and murder of a St. Louis court reporter by accident, mistaking him for a suspect in the case. Even though they eventually realized he was not the suspect, they decided to interrogate him anyway. Allen, who is a diagnosed schizophrenic and had been admitted to psychiatric wards several times, eventually ended up making a recorded confession, which one of the interrogating officers recently conceded was questionable. In the recording, Allen informs the officers that he is under the influence of alcohol, and throughout the interrogation an officer prompts Allen to give him answers to fit the crime, often asking Allen to change his answer to do so.


For more information on Allen’s case