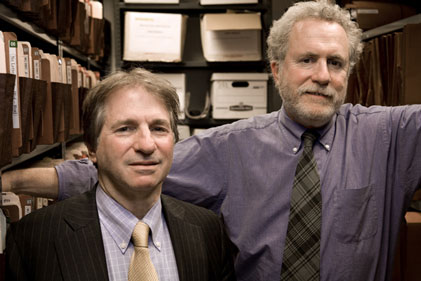 The award is given to individuals who exhibit lifelong excellence in the legal profession and unparalleled civic contributions. Scheck and Neufeld became involved in studying and litigating issues concerning the use of forensic DNA testing early in their careers and jointly founded the Innocence Project at the Benjamin N. Cardozo School of Law in 1992.

In 2012, they celebrated the Innocence Project’s 20th anniversary and the nation’s 300th DNA exoneration.

and the Innocence Project have a history of working together to strengthen the criminal justice system and prevent wrongful convictions. Their joint recommendations to improve the way police conduct interrogations and identification procedures were recently endorsed by Governor Cuomo in his state of the state address.

video interview with Scheck and Neufeld

for the Innocence Project’s 20th Anniversary.