DuBoise has spent nearly 37 years behind bars for a 1983 Tampa murder and rape that DNA now proves he did not commit. 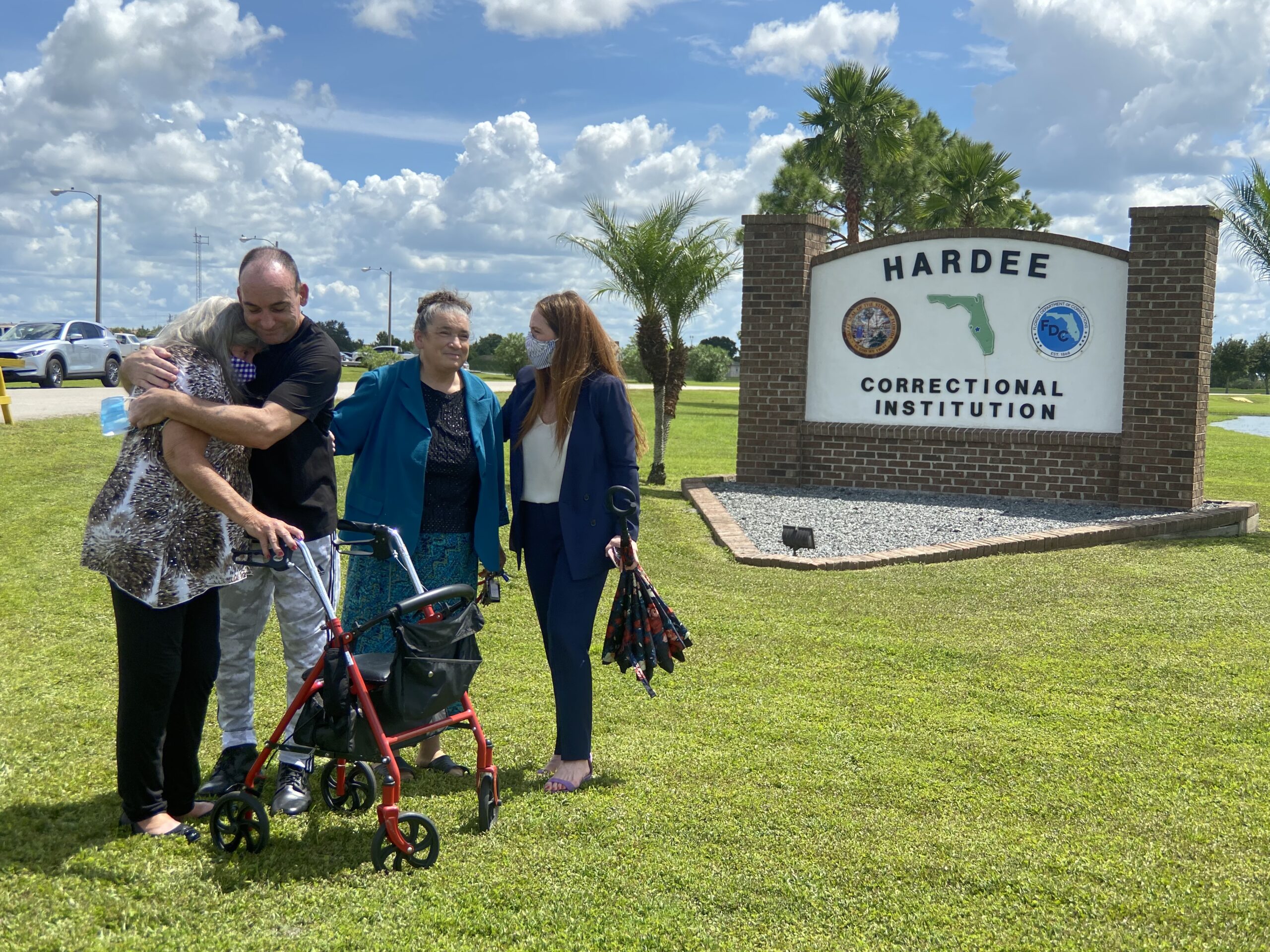 Robert DuBoise hugs his mom, Myra DuBoise, for the first time as a free person, after spending 37 years in a Florida prison for a crime he did not commit. His sister Harriett DuBoise and Innocence Project attorney Susan Friedman also by his side. (Image: Sarah Timoti/Innocence Project)

WHAT: A joint press conference announcing the release of Innocence Project client Robert DuBoise from prison. DuBoise has spent nearly 37 years behind bars for a 1983 Tampa murder and rape that DNA now proves he did not commit. The press conference will immediately follow a very brief virtual hearing presided over by Thirteenth Judicial Circuit Judge Christopher Nash. Judge Nash will hear the motion that was jointly filed by the Innocence Project and State Attorney Andrew Warren requesting that DuBoise be freed. Pending the judge’s approval, DuBoise will walk out of prison on Thursday.

Upon his release Robert DuBoise, joined by his family, will make a brief statement outside the prison.

The hearing immediately before the press conference will be presided over by Judge Christopher Nash, Thirteenth Judicial Circuit.

The Innocence Project, which is affiliated with Benjamin N. Cardozo School of Law at Yeshiva University, is a national litigation and public policy organization dedicated to exonerating wrongfully convicted people through DNA testing and reforming the criminal justice system to prevent future injustice. Visit www.innocenceproject.org for more information.