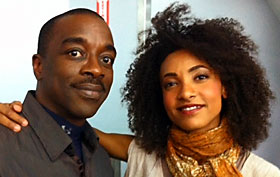 On Thursday, DNA-based exoneree Alan Newton—who was exonerated of rape in 2006—found out that he may receive $18.5 million from New York City after serving 21 years in prison for a wrongful conviction based on an eyewitness misidentification.

reports that a federal appeals court has reinstated the $18.5 million award Newton was awarded in 2010.  For more than a decade when Newton was in prison, the city told him that evidence from his case could not be tested for DNA because it had been lost or destroyed, when, in fact, it was sitting in nearly the exact same place where it had been stored originally in 1985.

, “U.S. Circuit Judge Raymond Lohier wrote that Newton proved the city’s evidence-handling system was woefully inadequate around the time of his conviction in 1985 and subsequent appeals — a key element in determining whether he deserved the hefty sum.”

Thursday’s ruling reverses a decision by the district court to set aside the jury’s $18.5 million verdict to Newton.  According to the

, “[b]arring an appeal by the city to the U.S. Supreme Court and a dispute over attorney’s fees, the money will be paid.”

John Schutty, Newton’s attorney, said that the exoneree cried tears of joy when he learned of Thursday’s ruling. “He was ecstatic. He hasn’t received a nickel from the city and state. Finally, we’re hoping this is it,” said Schutty, according to the

Learn more about Alan in “The Ties That Bind,” published in the