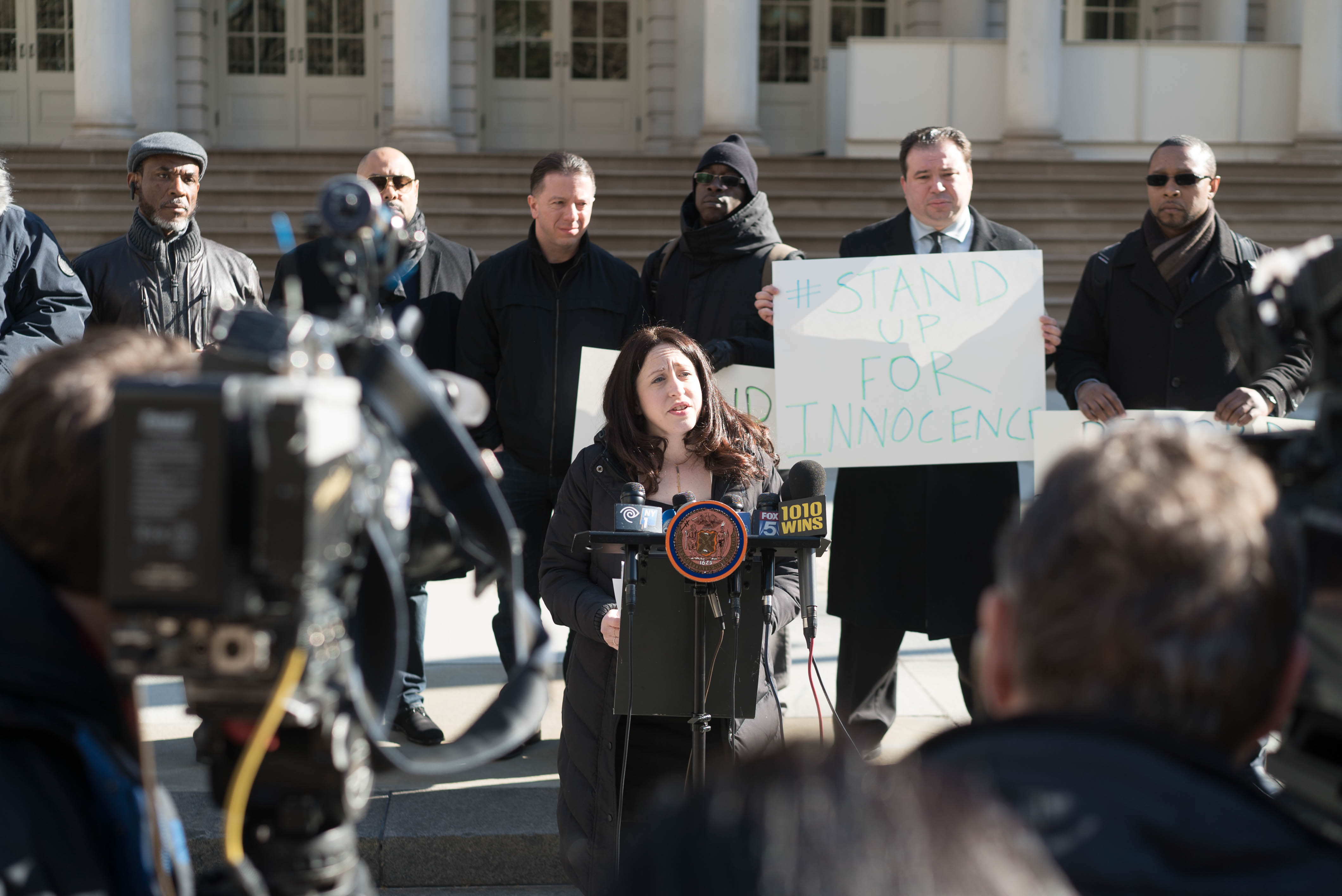 “Earlier this year, New York made law a historic pretrial criminal justice reform package that made key reforms to the bail system and effectively repealed the ‘Blindfold Law,’ which previously prevented defendants, including the innocent, from accessing the evidence in their cases. Without access to discovery — the process by which evidence is disclosed prior to trial — while a person is awaiting trial, their defense attorney is unable to investigate their case and the innocent plead guilty to crimes they did not commit.

“Prior to the passage of this law, New York had one of the four worst discovery statutes in the country. Prosecutors were permitted to share evidence on their own timetable or not at all if a plea deal was on the table. This meant that defense attorneys lacked access to key evidence, such as witness statements and police reports significantly hindering their ability to advise their clients and develop effective cases.

“In addition to poor discovery practices, the inability to pay cash bail compels guilty pleas from the innocent. Eighteen percent of the nation’s wrongfully convicted pleaded guilty to crimes they did not commit. Guilty pleas are also more likely to be coerced from defendants who are incarcerated pre-trial, disproportionately affecting low-income people of color. These new reforms also put an end to the cash bail system which has embedded racial injustice in New York’s criminal justice process.

“The adoption of these reforms can only be effectively executed if the law enforcement and prosecutorial communities turn their attention to properly implementing the law rather than using time and resources to prevent its success. These policy changes were pivotal in New York becoming a leader to a more fair and just system that we hope will continue to move forward and not take a detrimental step backward, behind the many other states that have addressed these unjust policies.”

“I spent 21 years in prison for a crime I did not commit. The prosecutor at my trial withheld a statement that could have proved my innocence. Had the criminal justice reforms now in place been available when I was arrested I would not have been convicted …Nor would taxpayers have had to fork over $11 million for the abuses I endured.”

“I was imprisoned for almost 18 years for crimes I had nothing to do with. Throughout a number of stages of my case, we uncovered that the prosecutor’s office withheld information that should have been disclosed. There is no doubt that if certain evidence hadn’t been withheld I would not have been wrongly convicted. The current policy across the state must be full and open disclosure. We must remember that the duty of a prosecutor is to seek justice, not merely convictions. Truth and justice can only take place when you can see the light…withholding of discovery leaves justice in the dark.”