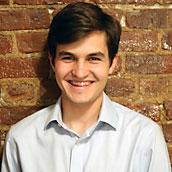 The SJC’s decision in

is the latest development in a

Since the 1970s, most state and federal courts have required or strongly encouraged the use of specialized jury instructions in cases involving eyewitness evidence. However, the traditional

-based instructions—modeled off the 1972 decision

from the United States Court of Appeals for the District of Columbia Circuit—rarely do more than list the factors that may affect eyewitness memory. The traditional approach does not include an explanation of how these identified factors can affect the accuracy of eyewitness testimony. This second step is critical because it helps jurors make a more reasoned and accurate determination of the strength of eyewitness evidence presented at trial. Although the SJC acknowledged in

instructions represent a significant advance by educating jurors about well-established research findings on eyewitness memory and perception.  The Innocence Network’s comments were designed to highlight a few other ways the proposed

court expressed specific concern that longer jury instructions could “implicitly communicate the message that all eyewitness identifications should be viewed as unreliable rather than simply evaluated with caution and care.” Although the Network is sensitive to this concern, the comments pointed out that the shortened instruction eliminated important language designed to educate jurors about the effect of variables like lighting, distance, the time that passes between the incident and an identification procedure, the distracting presence of a weapon and the police practices employed during a procedure that research has shown affect the reliability of an identification. The Network believes that, rather than undermining proper consideration of eyewitness evidence, comprehensive instructions can provide a more accurate framework for evaluating eyewitness testimony.


Provision of a Pre-Charge

As part of its recommendations, the Study Group proposed that judges read a pre-charge to jurors prior to opening statements and, subject to judicial discretion, before the testimony of eyewitnesses. The Study Group’s pre-charge instructs jurors about the general nature of memory, explaining that it does not function like a videotape and can be altered by outside information. The SJC did not incorporate a pre-charge into its provisional instructions.

The Innocence Network’s comments urged the adoption of a pre-charge that is an expanded version of the Study Group’s recommendation. The use of a pre-charge is supported by research which has demonstrated that jurors are better able to apply the law to the facts in cases and are more likely to delay their judgment about the proper verdict until after a trial is complete when given a pre-charge.

The Network’s comments also highlighted the issue of adherence to best practices in eyewitness identification procedures and the need for cautionary instructions when best practices are not followed. There is strong evidence that the risk of misidentification decreases when the individual administering a lineup does not know who the suspect is, lineups and photo arrays are fairly constructed, witnesses are instructed that the perpetrator may not be present, officer feedback is avoided, witnesses describe their level of confidence in an identification and the procedure is recorded. The Innocence Network strongly supports the use of a cautionary instruction when one or more of these best practices is not followed. The Network’s comments included a proposed instruction based on the Study Group report, Massachusetts case law and New Jersey’s eyewitness identification instructions. As the Network’s comments noted, courts can play an important role in deterring practices that produce a heightened risk of wrongful conviction.

The Innocence Network commends the SJC for its commitment to promoting a fair and reliable criminal justice system and is deeply appreciative of the opportunity to weigh in on the critical issue of jury instructions in eyewitness identification cases. Ultimately the Network’s comments seek to ensure that the final provisional instructions reflect the scientific consensus, and in the words of the

decision, provide jurors with “the guidance they need to capably evaluate the accuracy of an eyewitness identification.”