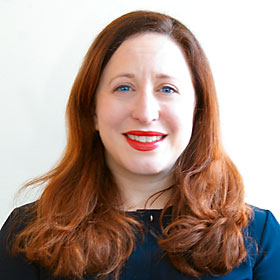 annual network conference, in Orlando, Florida. As always, it was well attended: 520 people came, among them 144 exonerees and representatives from Innocence Network partners from across the country and abroad.

For those of us engaged in policy work, the conference offered an opportunity to discuss past work, future plans, emerging innocence issues and shared goals. In partnership with network organizations, we have begun to see incredible movement in several areas.  Just three years ago, only six states mandated the use of scientifically supported police practices related to eyewitness identification. Today that number has more than doubled.  What’s more, we expect the passage of additional enhancements to post-conviction DNA testing in other states.

Together, the Innocence Project and partners from the Innocence Network are advancing legislative and policy reforms in eyewitness identification, recording of interrogations and access to DNA testing.

This year we have seen a number of state legislative victories, for example, Colorado

. I have no doubt that testimony and advocacy from exoneree

, and rape survivor and innocence activist

, both of whom attended the conference, played a major role in its passage. Additionally, Montana

, a collaborative effort between the Montana Innocence Project and policy advocates at the Innocence Project. And Nebraska just passed legislation strengthening its post-conviction DNA testing law; this effort was greatly strengthened by the powerful testimony of exoneree

, who was wrongfully convicted in Washington State before DNA testing of crime scene evidence proved his innocence. Bradford also attended the conference.

The  collaborative work  of the Innocence Network and the Innocence Project has not only enabled the passage of numerous laws, it also helped to pinpoint new areas of shared interest and allowed us to share tactical strategies for legislative and policy success.

It was such a joy to see exonerees, network partners and advocates together, working to build a truly fair justice system. I left the conference energized, enthused, and am confident that we will achieve additional policy successes in the fight against wrongful convictions.

The Innocence Project will continue to contribute to the national dialogue about the critical need to reform our larger criminal justice system.  I am reminded of the remarks of this year’s Champion of Justice award recipient, Bryan Stevenson, who said that in doing our work, we must continue to change the narrative of indifference, fear and anger. I look forward to continuing to work with all of you.