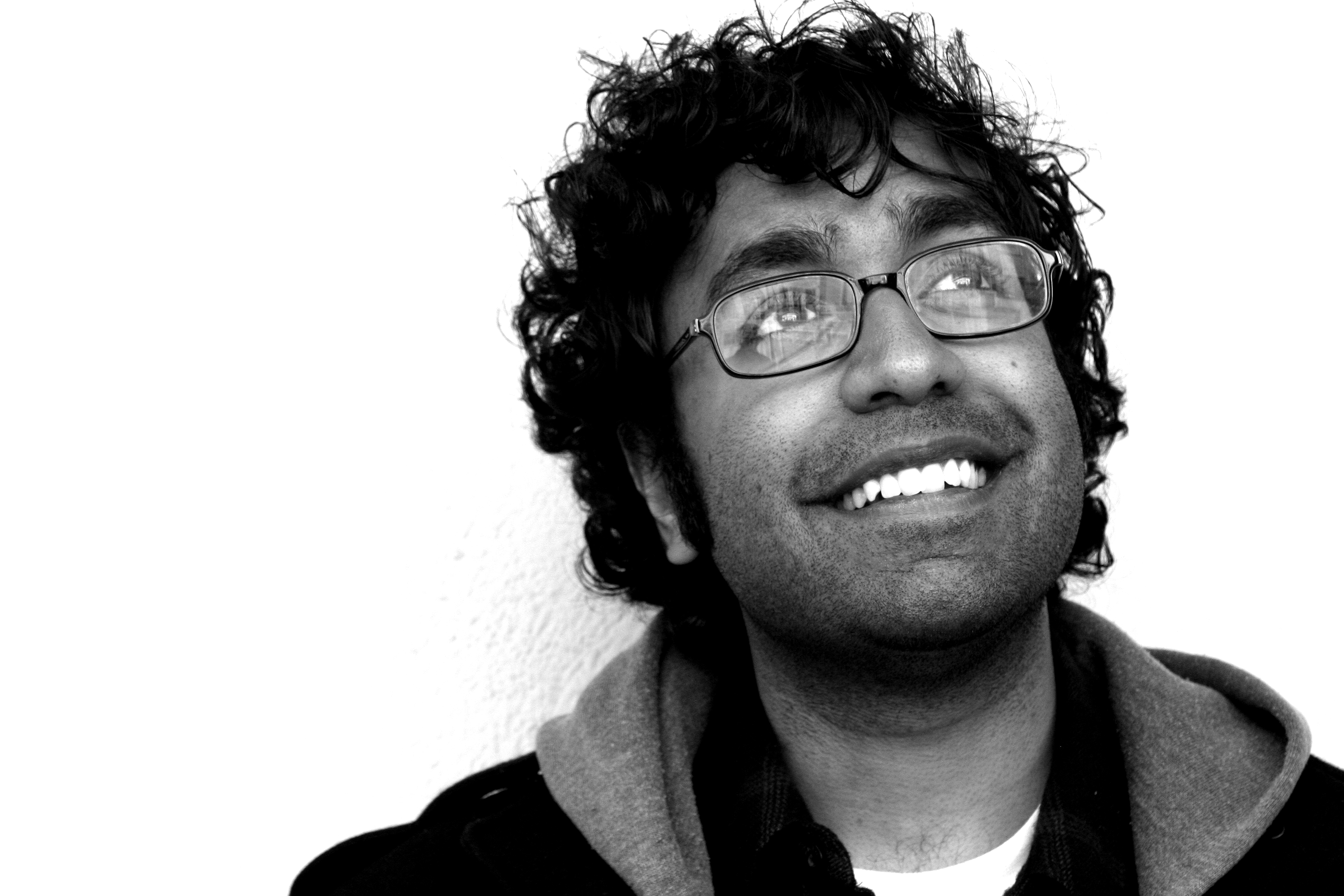 Comedian, activist, and Innocence Ambassador Hari Kondabolu has been making audiences ponder, debate and laugh about social justice issues for over a decade.  From his work as a writer on Totally Biased with W. Kamau Bell to his groundbreaking comedy album Waiting for 2042, the Queens-born artist has regularly taken on the topics of race, immigration and criminal justice with his characteristically trenchant humor and injected them with an urgent relevance. Now, amid a growing national conversation about criminal justice reform and wrongful conviction, we sat down with Kondabolu for an in-depth and personal conversation about why he became an Innocence Ambassador and what the Innocence Project means to him.

What inspired your activism and how does it inform your comedy?

I think I was an apolitical being for a good chunk of my life. As a young person, even though I grew up in New York, maybe I was sheltered by diversity or sheltered from the world in certain ways and I wasn’t really paying attention. I was sensitive. I was part of Amnesty International. But I didn’t have a great sense of how it all worked. And after 9/11, that certainly politicized me because in addition to the great tragedy that we had to deal with in the city, I was also seeing hate violence happening all around the country.

I was seeing people being deported and detained by the government–people being profiled and discriminated against; the two wars. That’s going to politicize you, if anything. All of a sudden I realized I was being seen as significantly less American based on my appearance alone. It’s an embarrassing thing that it took something personal to make me really question all these things. Certainly, after that, I was a very politicized person.

For a while there, I had trouble trying to take these things I believe so strongly and turn them into something funny. But for the last decade or so, I feel like I’ve done a fairly good job of being able to synthesize really painful and harsh and difficult things with this beautiful art form that gives levity and allows us to take painful things and recycle them into something positive. And it’s been cool to know that my work has also informed people, which is not the goal with comedy for me. It’s to make people laugh. But that’s an added bonus that I’m also, without intending to, that there’s some positive consequences.

Certainly, I see activism and comedy as two separate things, but certainly I was an activist who was doing comedy. I was working as an immigrant rights activist. And I saw how detention centers work and the unfairness of a system where immigrants don’t have really strong voices. And I saw a lot of pain during the day and when I was doing comedy at night, I think my comedy reflected the injustice I saw everyday. Certainly, seeking justice was in my voice as a comedian.

How does your human rights work influence your comedy?

I don’t think my human rights work specifically influences my comedy, but I do think my experiences as someone who cares about human rights, who studied human rights in grad school, who feels that there must be justice — I think my comedy reflects that. I’m going to always punch upward and look at who has power in a situation and who doesn’t, and I always focus the attack on people who have power. How does injustice happen? Who gets hurt in a situation? Who benefits from a situation? How do privilege and oppression work? That is always going to be a part of my critique.

Why is criminal justice work important to you?

I think about how racism works in this country; how inequality works. The false nature of the American Dream and how that’s been corrupted. And all those things affect people. The unequal rates of black people being put in prison compared to their white equivalents. You see the police killings. You see juries that don’t really reflect the people being put on trial. You see judges whose sentences are really inconsistent. That’s all part of furthering racism and inequality. Criminal justice – that’s the ultimate thing. You’re taking someone’s freedom away. So you have kids growing up without their parents. You get to choose who lives and who dies. I’m really against state violence. And we’ve seen time and time again that people have been falsely imprisoned, there wasn’t enough evidence, or, at the bare minimum, the system has truly failed them.

I love the Innocence Project because it actually is an antidote to some of these things. It allows us to correct wrongs that have been made. It allows people to be freed who should have never been in prison. It allows families to reunify. It saves peoples lives. I think the Innocence Project’s work has been incredible in that regard. And it ties into all the things I truly care about in terms of justice and equality.

How did you learn about the Innocence Project?

Well, I learned about the Innocence Project initially through Barry Scheck. Barry Scheck is such a famous attorney, and I would see him on television often. I’d hear the name Innocence Project connected to Barry Scheck, so I knew that it was something that was positive but I didn’t quite know exactly what it did. And then when I really got into it was during the Troy Davis case–the man who was in a Georgia prison and was going to be executed even though there was a lot of evidence that questioned whether Troy Davis was guilty or not. And, I remember everyone was tweeting about it. It was a thing that was trending on the internet. And I was reading more and more and more and writing things. And, at the end of a few days of people really talking about it and it being discussed in the news, they killed him anyway. And I just remember thinking that there’s only so much informing other people can do.

At that point, I was trying to figure out who do I donate money to who could do the work that I wish had happened. And I found the Innocence Project again. And I actually started reading up on the Innocence Project, and it was exactly what I wanted. I wanted a sure-fire way to prove that someone was innocent. I think DNA testing does that.

How do you hope to connect the growing interest in criminal justice issues with your work as an Innocence Ambassador?

I think that people being wrongfully convicted for crimes often echoes the major problems in society. Whether it’s racism, juries being biased, a judge being biased, even with evidence, just assuming that they must be guilty. The Central Park Five case is a great example of juries assuming a great deal, and there being a public pressure because of how big that story was to prosecute these young men. And the police who gathered up these men–they weren’t even men, they were children–and coerced confessions out of them. That’s a clear example of how racism fits into it.

Who has access to attorneys and not just public defenders? Public defenders do amazing work but they have too many cases. They’re overloaded with work. They can’t represent everyone the way they would like to. Those are some of the big things in this country: class and race. And they meet with criminal justice and there’s a really ugly result because of this. And when race and class meet in this way, you see the result. You see people not being able to prove their innocence. You see people being judged on their appearance and not the facts of the case. You’re seeing a great deal of unfairness and people’s lives being taken away. I mean, what is bigger than that?