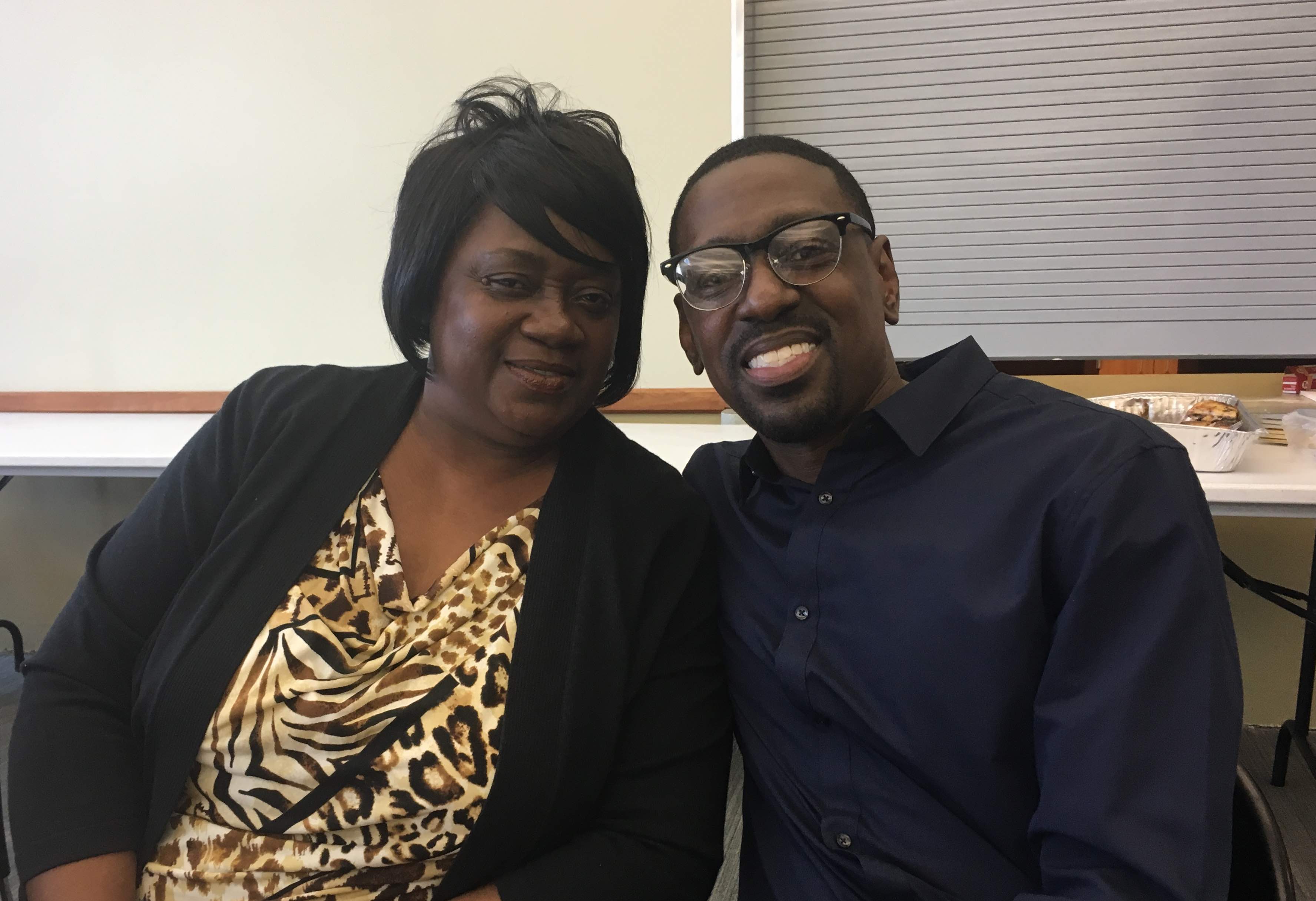 Lamonte McIntyre’s mother, Rosie McIntyre, raised him and his five siblings to believe in the justice system. That belief was shattered when Lamonte was arrested in 1994 at age 17 based on false and manipulated eyewitness identification. Five months later, Lamonte was wrongly convicted in Kansas of a double murder.

From the moment Lamonte was arrested until he walked free in 2017, Rosie stood by her son’s side. When everything seemed bleak, she helped Lamonte hold onto the belief that someday he would be free.

The first eight years were the most painful for Lamonte and Rosie, as they both adjusted to what they knew would be a long battle. Sometimes, it felt like they were both in prison. When most families were gathered together over delicious holiday meals or celebrating birthdays with cake and ice cream, Rosie and Lamonte were huddled together in the cramped and noisy prison visiting room.

Rosie kept track of anything and everything that could help him, and for many years she battled alone, fueled by her sheer determination to bring her son home.

Even though she had little money, Rosie bought gas every week so she could visit Lamonte. She never missed a court date. On one occasion, she showed up to the Kansas Supreme Court holding a pillow over her stomach; she had just undergone surgery.

Rosie’s love for Lamonte is what kept him going.

After years of Rosie reaching out to attorneys and media for help, Centurion finally answered her call in 2009 and began actively investigating Lamonte’s case. Later, the Midwest Innocence Project joined Lamonte’s defense team and brought critical resources to their courtroom effort. None of that would have happened without Rosie’s belief in Lamonte’s innocence and her tireless efforts to win his freedom. Rosie became the heart and soul of the “dream team” that came together to litigate Lamonte’s case.

On October 13, 2017, Lamonte walked out of prison a free man—not as his mother’s teenage son, but as her 41-year-old survivor of wrongful conviction. This victory was achieved only because Rosie never stopped fighting for Lamonte.

Join us in honoring Rosie and all the moms who stood as their children’s rock through the worst of times. This post is the second of a four-part Mother’s Day series. Follow the Innocence Blog to read other stories about exonerees, their mothers and their children.