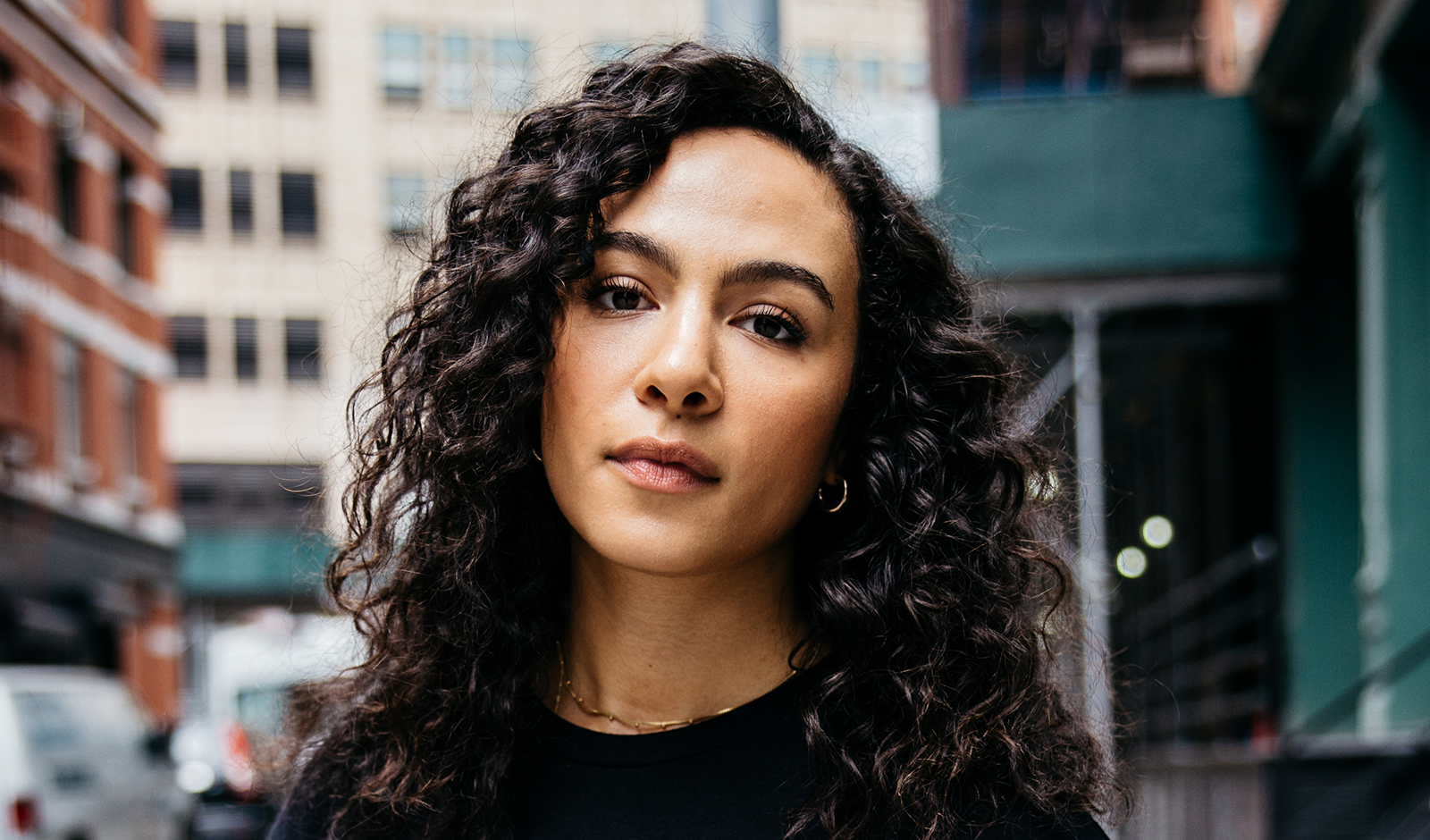 This week, we interviewed Aurora Perrineau of the Emmy-nominated Netflix miniseries When They See Us who recently became an Innocence Ambassador. Perrineau plays the role of Tanya, the girlfriend of Raymond Santana after his release from prison. The daughter of actor Harold Perrineau (Lost and Oz), she previously starred in the feature film Jem and the Holograms and secured guest roles in popular television series such as Chasing Life, Pretty Little Liars and, most recently, Into the Dark.

Related: Outpouring of Support for Ava DuVernay’s Powerful Series “When They See Us”

Tell us about yourself.

My name is Aurora Perrineau. I’m 24 years old, and I’ve been acting for six years. I’m originally from New York.

How’d you become interested in the role of Tanya, Raymond’s girlfriend, in When They See Us? I think I read somewhere that Ava DuVernay personally reached out to you for the role…

Ava had casting reach out to my agents. It’s funny because when I first got an audition for the show, I passed on it about four times since it was for the role of Kevin’s sister. I loved the idea of being in the show, but I didn’t think that me playing a character I didn’t resemble in any way was a good idea. I didn’t want to whitewash the show, and I knew that both Ava and Oprah weren’t going to let that happen either.

At my agent’s request, I still taped an audition for the role. Two weeks later, I got an email from the casting director saying, “Ava would like you to come to New York for a call back.” I looked and it was for a different role: Tanya, Raymond’s girlfriend. I was like, “Oh, that’s a role I can play.”

I met with Ava and auditioned. I didn’t hear from her for a while, so I assumed I didn’t get it. I then got a random email asking me to come in for a chemistry reading with Freddy Miyares, who’d just been booked as older Raymond. I went back to New York and read for the role, and eventually, I booked it. It was really exciting.

Had you known about the Exonerated Five before the show?

I’d known about the case because I’d seen the documentary and, growing up in New York, it was something my dad had told me about. The case was significant to my dad because he grew up in the same communities and at the same time as the Exonerated Five. It was a big deal for those young black men, including my father, to see this happening and know it wasn’t true. So, when I saw “Central Park Five” on the script, I knew immediately that it’d be a show about the case.

What did your dad tell you about the case?

He didn’t tell me much–he’s very emotional about it. He’d tell me, “I don’t know how this even happened to these kids. It was such a clear miscarriage of justice.” When I told him about the show, he was happy that the guys were willing and able to talk about what they’d gone through and to help other boys in the future, especially since this is something that still happens to this day.

What was it like working with the Exonerated Five and Ava DuVernay?

It was really great. Right away, Ava wanted us to jump in and meet everyone. Ray had just gone back to Atlanta, so I Facetimed with him and we chatted. I told Ray I didn’t want to bring up anything bad. He told me, “I want you to feel comfortable to ask me any questions you need to that’s gonna make [the show] right.” I was really taken aback by how generous [the Exonerated Five] are with themselves and how much they opened up to us, even when it’s clearly hurting them to do so.

Working with Ava was a dream. It’s hard to explain how she works, because there’s no one else who directs like her. She’s a genius. She knows how to get something out of you–an emotion– just by asking simple questions. She also genuinely cares about the actors and how comfortable we are.

The way Ava and Bradford Young, the cinematographer, work together is amazing. Oftentimes when you’re filming a show, the camera is directly in your face and blocking the other actors so you can’t ever act with them. It’s like you’re talking to a wall, and you can’t get a real performance from that. But Ava and Bradford don’t do that. They make you feel like you’re plopped into the world in which you’re acting.

What was the most challenging part of the role?

There were some scenes that got cut that were really hard and pressed the issue of Ray’s relationship with Tanya’s child. I learned about the challenges of making that relationship work; legally, Ray wasn’t allowed to be around Tanya’s child because he was considered a sex offender and the child wasn’t blood related. I struggled to wrap my head around what that really meant for Ray, and how difficult it was for him to do anything or go anywhere without being scared that something was going to happen to him, Tanya or his family.

This show opened my eyes to how far the justice system will go–and I don’t even want to call it that because it’s not just. It made me realize that the “justice” system constantly railroads people’s lives because it’s easier, more convenient or they don’t feel like doing their jobs. There doesn’t have to be a reason. I’d always known there was injustice happening, but working on the show made me realize how deep it is.

How did the role help you grow as an actress?

I had to do much more research for this role than any others I’ve had in the past. It wasn’t something you could just phone in and make it up on the spot. This made me realize that I should be doing more research for all of the roles I play. For example, I’m playing a detective on a show now, and I’ve been researching why she does certain things and why other things happen. I’m also asking a lot more questions. Working with Ava helped me understand that asking yourself simple questions–which is harder than it sounds–helps you develop as an actor.

Why do you want to be an innocence ambassador?

After When They See Us, I wanted to find more ways to get involved in addressing the issue of wrongful convictions and the system that makes them possible. Half of my family is African American, and I realize now that I live with this constant underlying anxiety about my boyfriend and my dad and my uncle. Are they going to be okay? I can’t walk down the street with my dad and see a cop without wondering if something’s going to happen. Realizing that this is something many of my family members constantly experience, and finding out that the Innocence Project actually helps people, energized me to get involved.

Where on screen should we look out for you next?!

I’m filming a show right now called Prodigal Son, which will air on FOX on September 23.