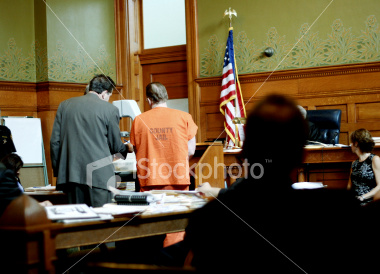 States across the country are facing budget crises – and by cutting back on public defense they are increasing the risk of sending an innocent person to prison.

Furloughs and layoffs are hindering public defense offices from

recently told a judge he simply did not have the staff to take on additional cases. Even when budget shortfalls don’t lead to layoffs, however, they can hurt the chances of defendants to investigate, call experts and present a rigorous defense.

Both short-staffed public defense offices and incompetent attorneys have played a role in allowing the innocent to go to prison in recent years. A review of the 255 convictions overturned through DNA testing reveals a trail of sleeping, drunk, incompetent and overburdened defense attorneys, at the trial level and on appeal. While these instances represent extreme examples of badly practiced law, even everyday practices like advising a client to plead guilty could be a path to injustice –

DNA exonerees pled guilty to crimes they didn’t commit. Attorney General Eric Holder has been calling on states — and individual attorneys — to do what they can to address the problem.  “In some parts of the country, the primary institutions for the delivery of defense to the poor — I’m talking about basic public-defender systems — simply do not exist,”

he recently told a group of North Carolina lawyers

And while the economic situation remains dire for many states, some are taking action to address foundering public defense systems. On June 9, the Texas Task Force on Indigent Defense approved over $2.5 million in new funding to Texas counties for the purpose of improving their indigent defense systems. The new programs are scheduled to

Similar attempts in Nevada have been less successful, where a high court commission tasked with identifying and solving problems in the state’s indigent defense system has been

prevented from doing so

because of discrepancies between the public defender’s and the District Attorney’s recorded number of cases. The squabbling has prevented the commission from making progress on its original mission to reform indigent defense in Nevada.

It’s all too easy to see how bad defense, indigent and otherwise, can lead to wrongful convictions. Read more about

involving lawyers who fell short of providing a thorough defense of an innocent client.