Are Indigent Defendants Charged with Misdemeanors in California at Risk of Losing Their Right to Counsel? 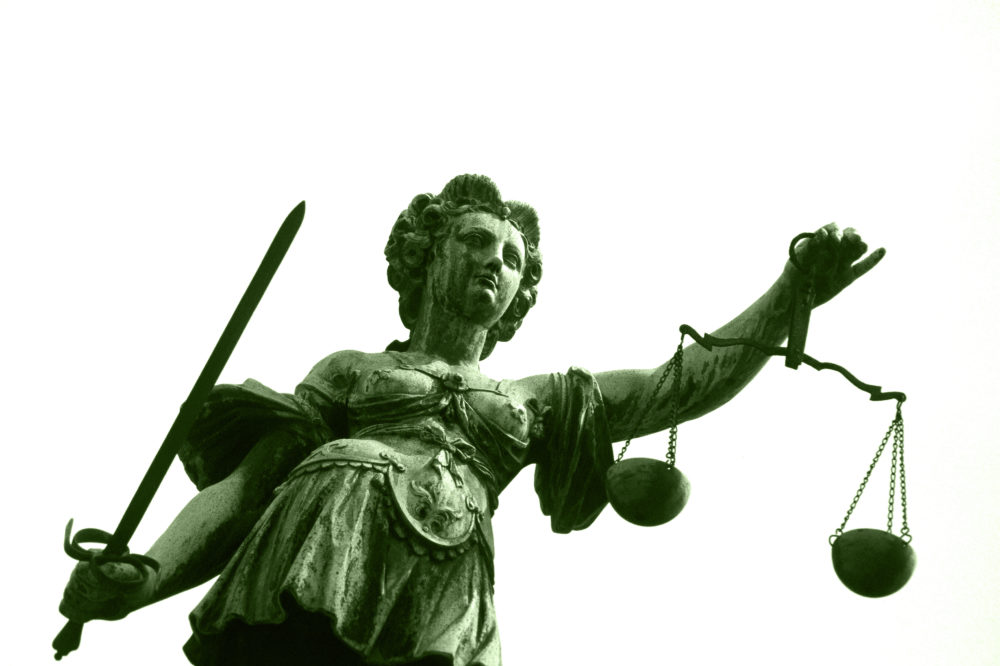 The Intercept recently published an article about a case currently pending in the California Supreme Court that has the potential to set a dangerous precedent for the right to counsel for indigent defendants in misdemeanor cases. The article discusses the case of Ruth Lopez, a woman who was charged with driving under the influence—a misdemeanor that could land her in jail for up to six months, and lead to a variety of collateral consequences that come with having even a misdemeanor criminal record, including the denial of social services, professional licenses, housing, student loans, parental rights, and immigration status.

As the Intercept explains: “It appeared Lopez was arrested by police employing a common and questionable tactic: Hang around a popular local bar and use a minor traffic infraction—say, failure to use a turn signal—as an excuse to pull a person over in order to determine if they might be doing something else illegal, like driving drunk.”

Lopez, who spoke little English and could not afford an attorney, was appointed a public defender under her Sixth Amendment right to counsel. Her attorney was successful in challenging the “legality of the stop that led the cops to secure evidence that Lopez was intoxicated,” meaning this evidence was suppressed and prosecutors could no longer use it against her. Without any evidence to try Lopez, the judge dismissed the charges.

Although there was no longer a case against Lopez, it did not prevent prosecutors from filing an interlocutory appeal to challenge the judge’s decision to suppress the evidence. A panel of three judges would decide Lopez’s fate: “If they sided with the prosecution,” writes the Intercept, “the evidence would be re-introduced and Lopez would again have to face the DUI charge.”

Lopez needed an attorney to fight the prosecution’s appeal. To do so, the public defender’s office sought to have an attorney appointed since Lopez could not afford one. But, alarmingly, the court refused, reasoning that Lopez was neither constitutionally nor statutorily entitled to appellate counsel, since she had not yet been convicted of a crime. The Intercept explains: “If she had been convicted and sentenced to jail on the charge, she would have had counsel appointed to handle her first appeal. But here, the court said, since Lopez wasn’t yet jailed for any crime, she was not entitled to appellate representation.”

The public defender’s office unsuccessfully challenged the court’s decision before California’s 4th District Court of Appeals, with the court ruling that Lopez did not have a constitutional right to a lawyer.

“Ms. Lopez was unfairly and unconstitutionally denied counsel when she needed it most,” says Chris Fabricant, director of Strategic Litigation at the Innocence Project, which, in conjunction with California-based innocence organizations and Professors Lara Bazelon and Jenny Roberts, filed an amicus brief in Lopez’s case. “She has not been convicted of a crime; she is presumed innocent; English is not her first language; she is not a lawyer and has no legal training; she faces significant jail time and a host of debilitating, life-long collateral consequences that flow from misdemeanor convictions.”

“At issue here,” the Intercept explains, “is how to consider an interlocutory appeal, which is designed not to resolve the underlying charge (in this case, a DUI), but to address an issue that would impact the ability to resolve that charge (here, the suppression of evidence). The public defender’s office—along with members of the Innocence Network and a pair of noted law professors—argues that this kind of pretrial appeal is a ‘critical phase’ of the initial court proceedings; if the prosecution were to win, Lopez would again be subject to potential incarceration. As such, she’s constitutionally entitled to counsel in order to protect her liberty interests.”

Particularly troubling about this case is the consequence it could have for Lopez and for other indigent defendants who may find themselves in a similar situation. If the high court sides with the court of appeals, “the fundamental right to counsel embodied in the Sixth Amendment would be dangerously eroded, and countless other California defendants could potentially be denied the ability to fend off criminal charges.”

Fabricant, who helped draft the amicus brief filed in support of Lopez, explains why the court’s ruling is flawed and why, under the law, Lopez is entitled to counsel: “Gideon v. Wainwright, the Supreme Court’s landmark right to counsel decision, guarantees indigent people charged with crimes the right to representation by counsel. That the appellate court justified its denial of Ms. Lopez’s right counsel by citing to Gideon is as bracing as it is wrong.  Ms. Lopez is plainly entitled to counsel, and plainly needs counsel on appeal; it’s difficult to conceive of how she could possibly vindicate her rights on her own in a highly complex appellate argument.”

At the public defender’s office request, the California Supreme Court has agreed to hear the case.