In Washington, Sentences Tossed After 17 Years 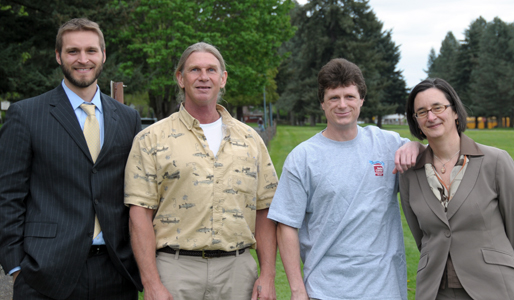 A Washington State judge tossed out the convictions of two men Wednesday after attorneys at Innocence Project Northwest presented substantial new evidence — including DNA test results — pointing to the men’s innocence. Alan Northrop was freed Wednesday after a state judge vacated his sentence. His co-defendant, Larry Davis, was released in January. Both had served nearly 17 years in prison.

They were convicted of a 1993 home invasion and rape based almost exclusively on the victim’s eyewitness identification, despite the fact that she was blindfolded and only got a fleeting look at her attackers. New DNA testing obtained by the Innocence Project Northwest excludes Davis and Northrop points to other perpetrators, according to media reports.

When the judge announced Wednesday that she was vacating the men’s convictions, the courtroom erupted with shouts from the gallery.

“You guys have been through hell,” one man shouted.