In Memory of Bennett Barbour 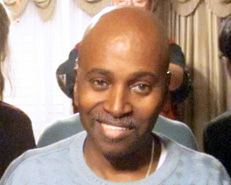 Bennett Barbour, wrongfully convicted of a 1978 rape, died on Thursday, January 10th, 2013, after a long battle with bone cancer. Just two months prior to his death, he had voted in his first ever presidential election. He was 57 years old.

Barbour’s wrongful conviction was based largely on the victim’s misidentification. He spent five years in prison and almost 30 years on parole as a registered sex offender in Virginia. In 2010, DNA testing (part of the Virginia Department of Forensic Science’s Post-Conviction DNA Project) cleared Barbour and identified the real perpetrator—a convicted rapist who will be tried for the crime next month. Barbour was not notified of the exculpatory results until 2011, when he immediately contacted the

Innocence Project at the University of Virginia Law School

who helped to secure his writ of actual innocence.