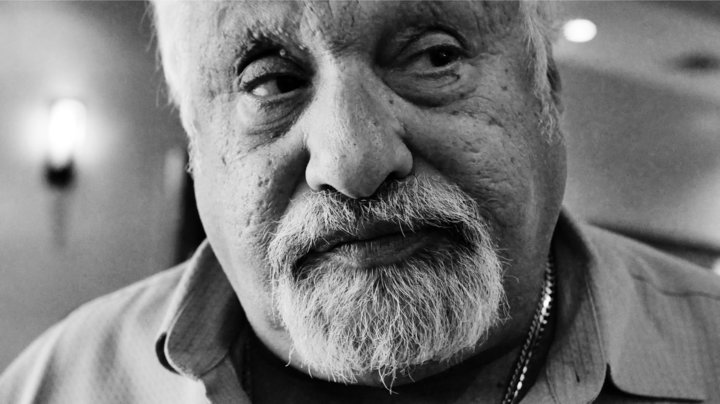 It is with heavy hearts that we remember Innocence Project exoneree Barry Gibbs, who died on Friday, March 23, 2018.

Barry Gibbs was wrongfully convicted of a 1986 second-degree murder in New York City. Barry’s conviction was based on misconduct by a NYPD detective, who was later convicted of arranging and committing several murders and cover-ups on behalf of an organized crime family. Barry was incarcerated for 19 years before new evidence led to his release and subsequent exoneration in 2005.

Innocence Project Director of Post-Conviction Litigation, Vanessa Potkin, was Barry’s attorney and long-time friend. She shared her thoughts about her time with Barry: 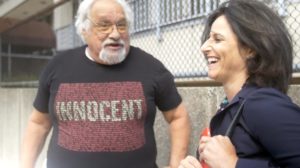 “Barry’s case pre-dated my arrival at the Innocence Project in 2000 and even the founding of the Innocence Project itself in 1992.  Barry wrote to Innocence Project Co-Founder Peter Neufeld in 1991 proclaiming his innocence and asking for help getting testing to prove it. We searched for many years to find the evidence from his case for DNA testing to no avail. Around 2004, it seemed that we had come to the end of the road. Back then, with no evidence to test, there was nothing more we could do on the case. We tried to refer him to a non-DNA project.  But Barry wouldn’t let us. He kept calling us and giving us more leads on the evidence, more reasons to keep looking.  He was so persistent—he wouldn’t let us give up.

Then, in May 2005, there was a break that would change all of our lives. The two officers who headed up the investigation that led to Barry’s wrongful conviction were themselves arrested for moonlighting for the mob and murdering at least eight people.  Innocence Project Co-Founder Barry Scheck and I immediately reached out to the U.S. attorney’s office and asked them to look into Barry’s case. Four months later, Barry would walk free after 19 years of wrongful imprisonment. 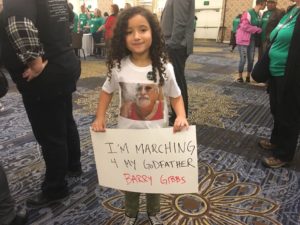 Barry loved life and lived it to the fullest. Everyone who met Barry fell in love with him. I think it was because he was the most authentic and honest person. He spoke the raw truth and just told it as he saw it. There was no pretense about him. He was old New York, had an incredible sense of humor, the biggest heart and was sharp and never missed a beat. He was a man of his word. If he said it, he was going to do it. You could always count on Barry.”

Barry inspired many, including Vanessa’s sister, Zoe Potkin. When Zoe was a young film student at New York University, she met Barry and began telling his story for a class project. That was 12 years ago, and she has been filming and documenting Barry’s life after wrongful imprisonment ever since. Zoe shared some of her thoughts on Barry:

“As we were telling his story together—the story of his wrongful incarceration and his life in the years after—I came to love and adore Barry. It’s impossible not to adore such an especially charming but gritty man whose humor and strength carried him through an unimaginable time in prison and a devastating realty afterwards. Now I am the one devastated and heartbroken without him.

Barry was never a subject in my film; he was my friend. He was family. We found each other at a time when we both needed it most. He was newly released from 19 wrongful years behind bars, and I was a film student trying to find my way. I started following him because he was an exceptional character with an unbelievable story, but in the end I was telling his story for him because of all the injustice he had suffered.

It breaks my heart that he will never see his story told. Sometimes over the years the pressure of telling his story was almost too much to bear. I didn’t want to let him down, but he believed in me. And now I have to finish his story on my own, and I will. And who knows, maybe he’ll be watching it on his iPad somewhere.

I love you Gibbs, I treasure the time we spent together, and I promise I will make a film that does you justice.”

Barry Gibbs touched the lives of everyone who had the pleasure of meeting him. We will miss you, Barry.