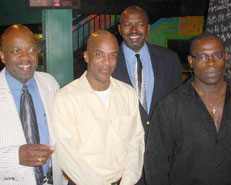 Nearly two decades ago, a Savannah, Georgia, police officer was killed in a restaurant parking lot. Troy Davis (left) was arrested for the crime, and nine non-police eyewitnesses testified that they saw him shoot the victim. Based almost exclusively on eyewitness testimony, Davis was convicted of the murder and sentenced to death. Since his conviction, several eyewitnesses have recanted, but their words haven’t helped Davis win any appeals.

Three times, he has come within days or hours of execution before receiving a stay. Last month, the U.S. Supreme Court granted a temporary stay just two hours before a scheduled execution. The Court then declined last week to hear arguments in Davis’ case. But on October 24, a federal court granted another stay in his case.

Davis has been unable to get a hearing in court because of an arbitrary and extreme Georgia law which bars most recantation evidence on appeal. Innocence Project Co-Director Barry Scheck wrote about this critical issue in on the


Read more about his case here


Dallas: The Exonerations Tell the Story

The Dallas Morning News focused on the problem of eyewitness identification in a groundbreaking investigative series this month, covering problems with photo lineups, “show-up” identifications and other police procedures. The series also outlined reforms that could prevent injustice in future cases.

Based on decades of social science research and the growing number of wrongful convictions overturned by DNA testing, the Innocence Project has developed a set of recommendations to improve identification procedures currently used by law enforcement agencies across the country.

Learn about these recommendations here