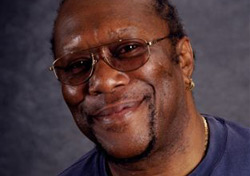 long odyssey to exoneration ended four years ago this week, when prosecutors dropped all charges against him. Peterson’s 1989 trial for the rape and murder of a 25-year-old woman from Pemberton, New Jersey had all the hallmarks of a wrongful conviction, including improper and unvalidated forensics as well as the use of a jailhouse snitch. He was convicted based on faulty evidence, and he would serve more than 16 years before DNA testing obtained by the Innocence Project set him free.

Peterson was initially suspected because he lived in the area of the crime and allegedly had fresh scratches on his arm after the murder. One of Peterson’s friends, Robert Elder, claimed that Peterson had told him gory details of the crime. Evidence would later show, however, that in the midst of police interrogation, Elder overheard officers discussing the murder and repeated their story, adding his own flourishes about Peterson’s involvement when he testified at trial.

Other key testimony was provided by a forensic scientist with the New Jersey State Police Laboratory, who conducted microscopic hair comparisons on Peterson and the victim. She identified three foreign pubic hairs on the victim’s body, as well as a head hair fragment that she claimed exhibited the same physical and microscopic characteristics as Peterson’s. Based on this evidence, Peterson was convicted and sentenced to life in prison.

The hair testimony at Peterson’s trial was particularly inappropriate and misleading, however, because there is not adequate empirical data on the frequency of various class characteristics in human hair, and it’s impossible to say definitively that strands of hair came from a particular person. The 2009 National Academy of Sciences Report on forensic sciences reached the same conclusion, finding that due to the overwhelming variation in hair types, microscopic hair comparison is only useful for excluding some suspects.


The Innocence Project took Peterson’s case in 2005 and obtained STR and mitochondrial DNA testing on the pubic hairs. The results matched the victim and excluded Peterson as a possible contributor. Two different male profiles were also found: one from a consensual partner earlier in the night; the other from an unknown male—likely the murderer. More testing also revealed the same unknown male profile on semen found in the victim’s mouth, vagina and anus.

In light of this evidence, Peterson’s conviction was vacated in July 2005, and he was freed on bail a month later. However, despite the evidence pointing to Peterson’s innocence, prosecutors intended to retry him. It was not until four years ago this week that the prosecution decided to drop all charges after Elder recanted his testimony.

Peterson now lives in Pennsylvania and recently started his own lawn care business. Like all exonerees, he essentially had to start a new life when he was freed after so many years behind bars. Learn more about the Innocence Project’s post-exoneration work