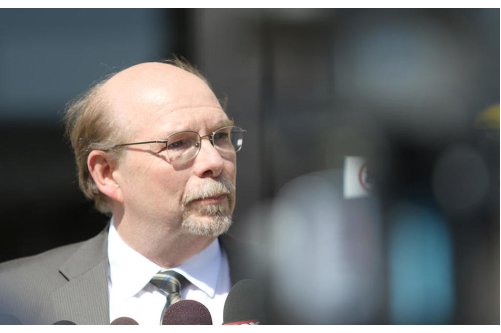 A conviction in a 59-year-old murder case was overturned earlier this month thanks to the dogged persistence of an ethically minded prosecutor and his faith in the fairness of the criminal justice system, a report in the DeKalb, Illinois-based Daily Chronicle has asserted.

According to the newspaper, DeKalb County State’s Attorney Richard Schmack “strongly suspected” that Jack McCullough had been wrongly convicted of the 1957 kidnapping and murder of Maria Ridulph and wondered whether the proof of his innocence rested on the location of a pay phone McCullough said he used on the night of Ridulph’s disappearance.

“Everything else I had looked at pointed to his innocence,” Schmack told the Daily Chronicle. “But the phone number, if it wasn’t where he said it was, would have pointed very strongly to his guilt.”

On the evening of December 3rd, 1957, seven-year-old Maria Ridulph was abducted while playing with her friend, Kathy Sigman, on the street in front of her home in Sycamore, Illinois. The police were quickly called to the scene yet, despite Sigman’s description of the alleged kidnapper, few leads were generated. One of the initial suspects, however, was then-18-year-old Jack McCullough who, at the time, went by the name of John Tessier and happened to live just doors down from the Ridulphs.

McCullough told investigators that at the time Maria disappeared he had been visiting military recruiters in downtown Rockford, Illinois, and had made a call to his parents from the city’s post office sometime in the early evening. The alibi was enough to temper suspicions as it would have been impossible for McCullough to be both in Sycamore and 40 miles away in Rockford during the time elapsed between the kidnapping and the phone call.

“I was on the other end of that phone, in Rockford, three minutes before she was kidnapped,” McCullough said in a recent interview with CNN. “Try and make that happen. Only Scotty could make that happen, if he beamed me up.”

The police were convinced. He was removed from the list of suspects.

McCullough would ultimately join the armed forces and move away from Sycamore for good; the twists and turns of his life leading him westward to the state of Washington. Meanwhile, Ridulph’s body would eventually be found in Woodbine, Illinois, during the spring of 1958. Over time, her murder would become the longest-running cold case in the United States.

Nevertheless, a half-century later, in 2008, a family feud with his half-sisters and a death bed confession from his mother would ultimately bring McCullough back into the sights of Sycamore law enforcement. According to reports, McCullough was questioned in Seattle and arrested in late June 2011. A judge hearing the case without a jury found McCullough guilty after a week-long trial.

Back in DeKalb County, however, Schmack was unconvinced that there had been enough evidence to pursue McCullough in the first place.

“No such evidence could be discovered,” Schmack declared to television network CNN. “Compounding the tragedy by convicting the wrong man, and fighting further in the hopes of keeping him jailed, is not the proper legacy for our community, or for the memory of Maria Ridulph.”

In late 2015, as Schmack wrestled with the details of McCullough’s possible innocence, he reportedly “realized there was a document with the number of the phone in Rockford McCullough had used to make a collect call” at the time of Ridulph’s kidnapping. If he could tie that number to the Rockford post office’s location, he thought, there was “a very good chance” that McCullough was telling the truth and had been wrongfully convicted. In a review of some 4,500 pages of documents, which included old police and FBI reports, grand jury transcripts, trial transcripts, affidavits for search and arrest warrants, Schmack “confirmed the FBI’s original timeline ruling out McCullough as a suspect.” McCullough was innocent.

On April 15, Jack McCullough, now 76, was freed, his conviction vacated.

“I know that there are people who will never believe that [McCullough] is not responsible for the crime,” he explained in a written statement published by the Daily Chronicle.