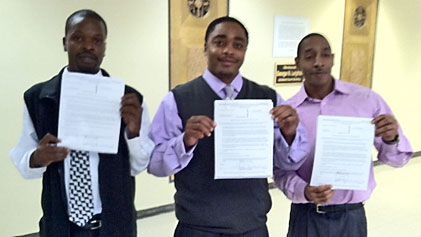 This afternoon a Cook County Judge issued Harold Richardson, Michael Saunders and Terrill Swift Certificates of Innocence. Judge Paul Biebel overturned their convictions back in January after DNA evidence recovered from the defendant matched to another man with a history of committing murder and sexual assault. State’s Attorney Anita Alvarez earlier conceded that her office would not be able to retry the Englewood Four but objected to the court issuing certificates of Innocence even though there was overwhelming proof of their innocence.