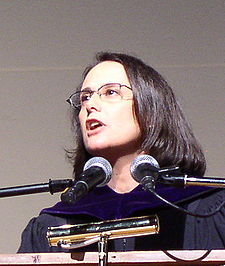 Physical evidence is only collected and tested in a small percentage of sexual assault cases in Illinois, but Attorney General Lisa Madigan (left) is seeking to change that. More than 4,000 untested rape kits are sitting on police department shelves statewide, Madigan says, and she is calling for a law requiring all Illinois law enforcement agencies to submit all collected rape kits for testing.

Police officers say they sometimes don’t collect physical evidence in sexual assault cases – particularly when the allegation is made weeks or months after the crime. But in other cases, the kits are collected but aren’t tested because police don’t intend to bring charges. This untested evidence could hold the key to apprehending a perpetrator or freeing an innocent person, Madigan says.

The submission of all rape kits to a crime lab for testing “could connect a serial rapist with crime scene evidence,” Madigan said. “By the ways of writing off that victim, they missed the opportunity to apprehend someone who really was a perpetrator of rape.”

Police officers have responded that Madigan’s proposal would deepen backlogs of critical evidence, slowing down testing across the board.

Read the full story in the Belleville News-Democrat

Madigan’s push for legislation comes on the heels of reports that rape kits are going untested across the country. A recent report from Human Rights Watch estimates that as many as half a million rape kits nationwide have never been tested. Los Angeles has been an epicenter of this problem – with a

of 12,000 untested rape kits as of last year. Officials have said they are addressing the issue with federal grants – but

progress has been fitful