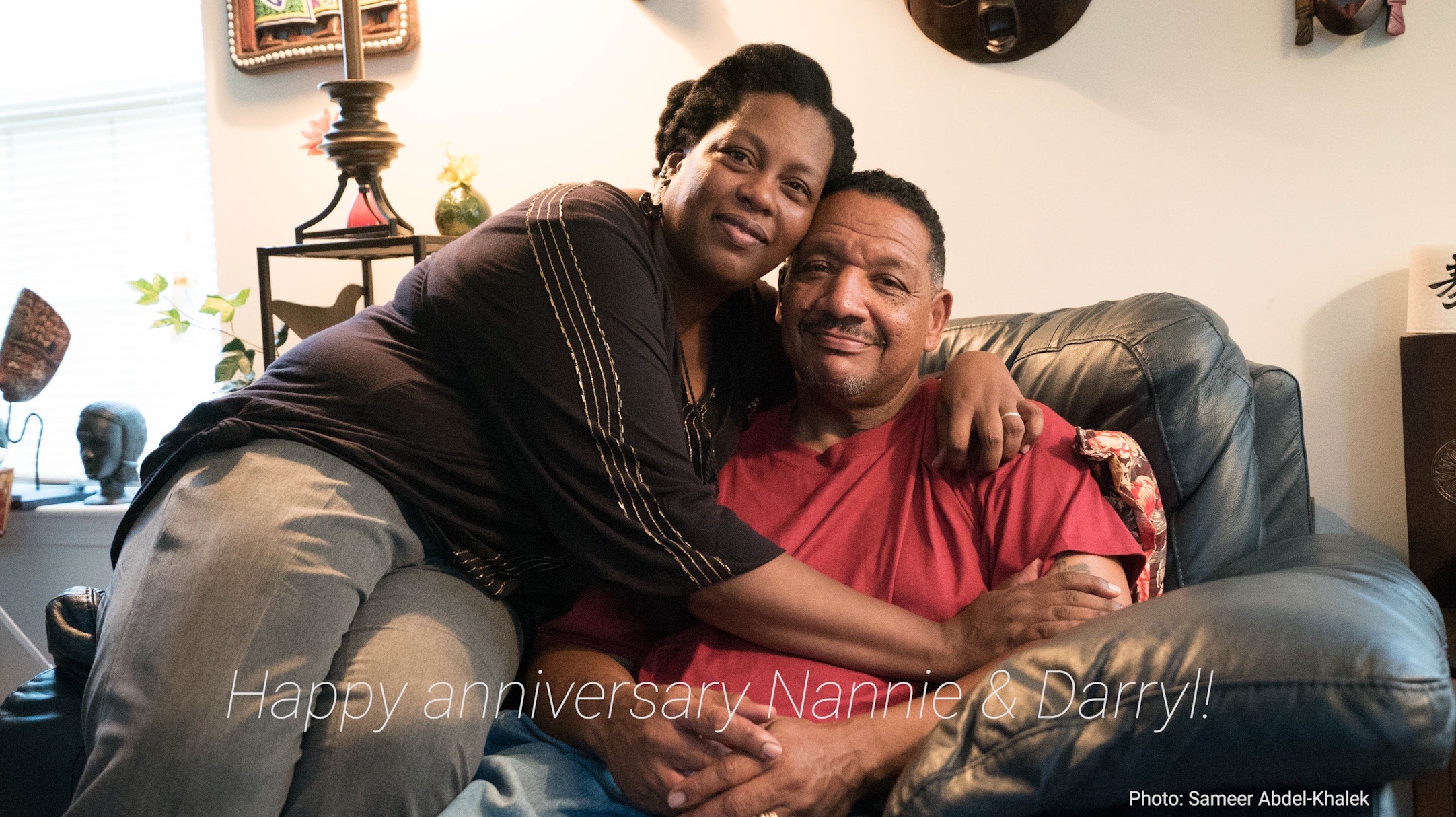 In 2014, the Innocence Project in Print interviewed then-Innocence Project client Darryl Howard about his disappointment over the Durham District Attorney’s decision to challenge North Carolina Superior Court Judge Orlando Hudson’s ruling to release him on bail. Darryl had spent almost 20 years in prison for a double murder. DNA testing and evidence of prosecutorial and police misconduct in Darryl’s proved his complete innocence, but nonetheless, the Durham district attorney challenged his innocence and requested that he be detained until it was determined as to whether he would be retried.

In speaking about the turmoil he was experiencing, Darryl said that his sole source of strength was his wife Nannie.

“My wife supports me. That’s the only thing that helps me,” explained Howard. “I think that without her, I would have gone crazy.”

Darryl and Nannie met in 1987; they stayed together ever since. Even throughout Darryl’s wrongful conviction, Nannie was not just a source of emotional support; she was also his fiercest advocate.

Before Darryl became an Innocence Project client, Howard and Nannie wrote a letter asking for help and sent it to every law university in the country.

“She [came] to trial.  . . . She even went and looked for one of the girls [who testified against me] and found her. She talked to her and the girl confessed to having lied on the stand,” said Darryl in the 2014 interview. “After that, she told me, ‘I’m not going to stop fighting this (for your case] until we get you out.’ And she’s been working on the case ever since. She’s a very special person.”

Most fortunately, for Darryl and Nannie, that fight is over. On September 2, Darryl was exonerated. And yesterday, on what marked their 18th wedding anniversary, they celebrated their union and partnership—truly together—for the first time.

Check out this endearing video of Darryl and Nannie as they discuss their relationship:

Send them happy anniversary wishes below: