How to Make the Criminal Justice System More Fair 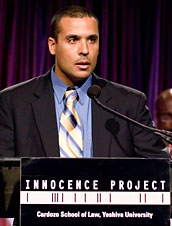 The following is an op-ed about the need for wrongful conviction reforms in New York State by exoneree Fernando Bermudez, which appeared in today’s

After spending 18 years in New York prisons for a crime that I didn’t commit, it is deeply disappointing to me that New York continues to lag behind other states in protecting its citizens against wrongful convictions.

In the summer of 1991, just as I aspired to enter the medical profession, I was wrongfully convicted of a New York City murder and languished for over 18 years in maximum-security prisons. My “actual innocence” was proven in late 2009, and I was released and reunited with my wife and family. Mistaken eyewitness identification, accounting for 75% of all wrongful convictions, initiated my ordeal; police and prosecutorial misconduct, including failure to investigate key leads and admitted use of false testimony, worsened it.

Until top-flight, pro bono attorneys helped dismiss my indictment and secure a judicial apology, I existed in a small, 6 x 9 foot cell for 6,700 days. These 18 stress-laced years in prison exposed me to physical attacks by inmates and correctional staff alike, let alone mental anguish close to suicide. Prison humiliated, degraded and forced me to question my existence amid daily danger, misery and sadness. After prevailing in my eleventh, exhausting appeal, I regained my freedom. Non-DNA cases, like mine, are harder to resolve than DNA-based cases (which are hard enough). They require more investigation and overcoming complex and demanding legal hurdles. DNA only solves a small fraction of all wrongful convictions; the majority face obstacles as I did.

It is hard to believe that the New York Senate refuses to enact eyewitness identification reforms to protect the innocent. Better reforms and protections in 1991 likely would have prevented my wrongful incarceration. The teenage witnesses were exposed to a suggestive live line-up. In order to hide my height and weight – which differed from what witnesses had described – I was forced to sit, rather than stand. The identification procedures advocated by all identification experts are based on strong social science research and would never have produced such a biased procedure.

False confessions, another leading cause of wrongful convictions, can also be addressed through reform. Many other states have mandated that law enforcement record interrogations from start to finish. Recording interrogations preserves an accurate record of what transpired so that juries can gauge the reliability of the confession. New York State has a well-documented history of convicting innocent defendants due to a false confession and should not hesitate to adopt this reform.

On May 1st, the Innocence Project and I met with the Puerto Rican and Black Legislative Caucus in Albany to urge the state legislature to enact reforms that would create a better criminal justice system for all New Yorkers. We discussed the problems of eyewitness misidentification as a public safety issue because what happened to me can happen to anyone. I told the caucus that every time a wrongful conviction occurs it allows the real perpetrator to walk free. In the end, we all pledged to work together again.