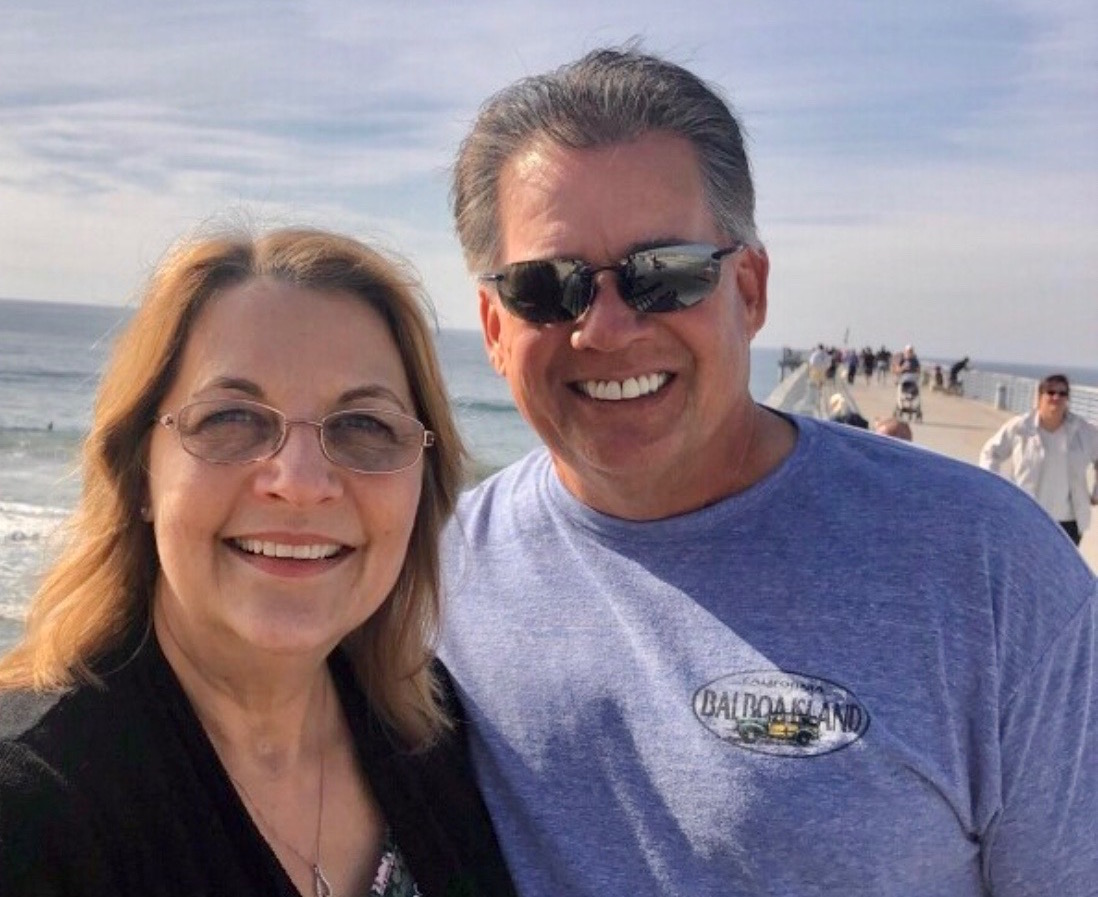 Eddie and Louann Lowery. [Courtesy of the Lowery family]

Eddie Lowery met Louann when they were in elementary school, but it wasn’t until decades later that they started dating. By then, Eddie had spent 21 years fighting for justice after being wrongfully convicted of rape and finally exonerated in 2003 after DNA testing proved his innocence. Ten years later, he reconnected with Louann after he sent her a Facebook message out of the blue asking her to meet for lunch. Here’s what he had to say about their love.

Louann and I have known each other since first grade. It wasn’t until fourth grade that I started to have a little crush on her — well, as much of a crush as a fourth grader could have. In fifth grade, I remember playing tag with her in the school yard. I would chase her around to hint that I liked her. We lived one block away from each other, so I even walked her home sometimes. I thought she’d catch on, but she never did. 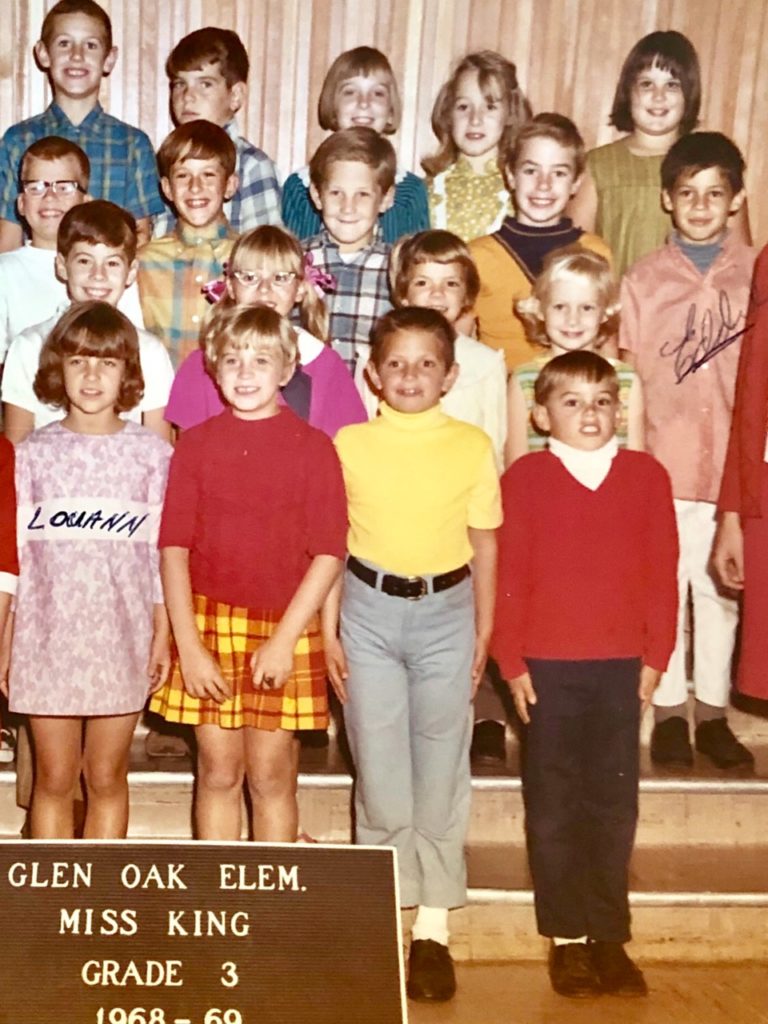 Eddie and Louann in third grade. [Courtesy of the Lowery family]

In high school, we ran in two different crowds. I still liked her, but we never really connected. We’d just wave at each other and say, “Hi.” Even then, she was special to me. But, I never took that step to ask her out because I didn’t think she’d actually go out with me! After high school, Louann and I went our separate ways. She got married, had a son, and went through a divorce years later. I had a daughter, got married and went into the army, where I was wrongfully convicted in 1982. It wasn’t until 2003 that I was exonerated. In 2011, I was living in Kansas City, Missouri. My wife and I were going through a divorce, so I decided to visit my daughter in Covina, California, where Louann and I grew up. Before my visit, I was reconnecting with a lot of old friends through Facebook. I saw Louann’s name pop up, and I clicked on her page. I noticed she was still living in Covina, and her relationship status said single. I decided to message her and ask if she’d like to go out for lunch — not as a date, just to see how she was doing. To my surprise, she said she’d love to.

Even then, she was special to me.

We met at a restaurant called the Northwoods Inn. As soon as I saw her, I realized my feelings for her were still there. She looked the same as she did years ago. But, I didn’t think it was the right time to tell her how I felt. After lunch, we walked out to the parking lot, I told her it was great seeing her and gave her a hug, and we parted ways.

When I went back to Kansas City, I hoped that wouldn’t be it between Louann and me, so I sent her another Facebook message just to say hi and to feel things out. She messaged me back, and the next thing you know, we were calling each other on a regular basis. She supported me through my divorce, but wouldn’t date me until it was final. As my divorce got closer, we started getting closer — even though we were miles apart.

After my divorce, I took another trip to Covina. Louann picked me up from my hotel and took me out for breakfast. We parked in the lot, and as we were walking toward the restaurant, we started holding hands. We always go back and forth about who grabbed whose hand first — she said I grabbed hers first, but I think she grabbed mine first. But, that’s the moment we started dating.

I never thought our paths would cross…

I was extremely happy. I never thought our paths would cross; she was living her life, and I was living mine. But, our paths did cross, and we’ve been together ever since.

We got married two years ago, and we get along great. It’s that cliché thing. We finish each other’s sentences. We like the same things — except for seafood! I like seafood, but she doesn’t. We like going to concerts and baseball games together. She’ll even sit around and watch football with me, and I’ll sit around and watch Hallmark movies with her. I wrote her a song that’s now on iTunes called “She’s My Girl”. We just enjoy being around each other. 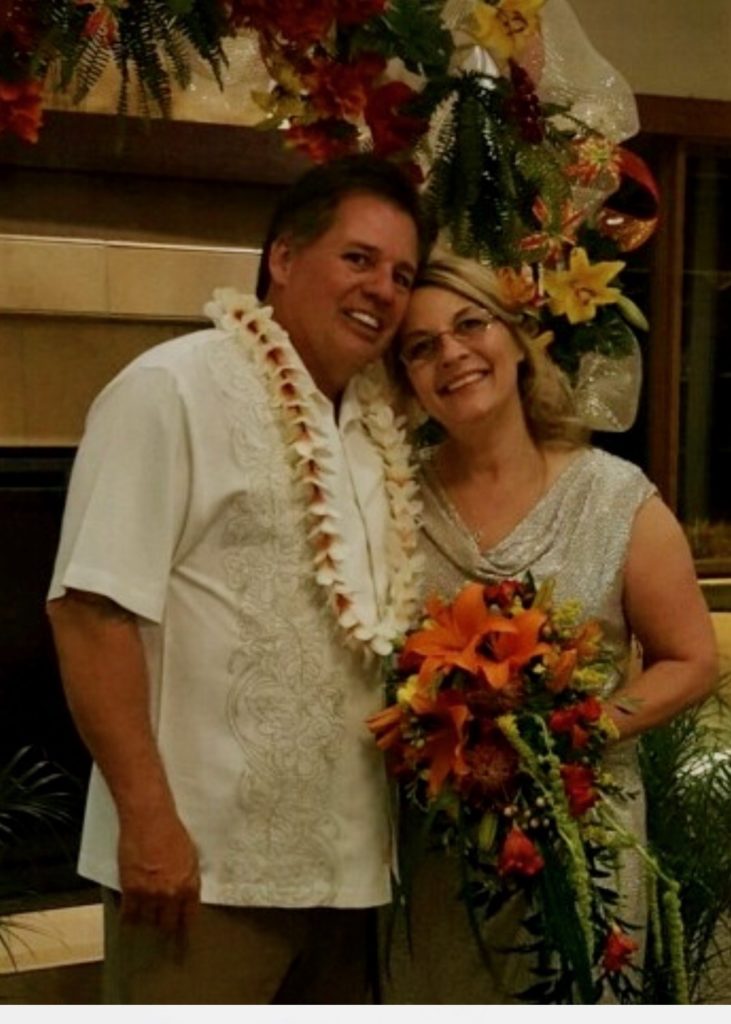 Eddie and Louann on their wedding day. [Courtesy of the Lowery family]

I couldn’t ask for a better person to be by my side and to support me. Sometimes, when I’m telling the story of my wrongful conviction, it’s real deep and I get teary eyed and emotional. Louann is always there to put her arm around me and tell me everything’s okay. She’s so supportive about the whole thing. She’s really always there for me. It’s taken a long time to find a person like her. But, I’m a spiritual believer, and I believe it’s God’s grace that our paths crossed like this.

Editor’s Note: This interview has been lightly edited for clarity.