How the UK Police Interview Suspects 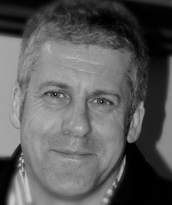 
The history of how suspects are questioned in the UK and US are similar up to the last 30 years. Now the UK does things very differently. I am a detective superintendent with 28 years experience, and when I talk about interviewing it’s from both a practical and theoretical perspective. I have studied the subject extensively, but my biggest interest is in what works—in terms of making police officers better at solving crimes, but also preventing false confessions and miscarriages.

The watershed for the UK came in 1984 when a new law was passed governing how suspects were to be questioned. The new law, known as the Police and Criminal Evidence Act (PACE) included, amongst other changes, mandated audio recording of all suspect interviews, the right to legal representation for suspects and limits on detention before charge. PACE resulted from growing judicial and public criticism of police conduct when dealing with suspects, most notably arising from the mid-1970s cases of the Birmingham Six and Guildford Four. These were two groups of suspects arrested for terrorist attacks on the UK mainland whose confessions formed the basis of cases against them, and which were later found to have been coerced by physical and psychological abuse. Eventually, the convictions were quashed. Much like in America, the system didn’t want to accept that the police misbehaved in such cases, because, first of all, that would mean that you couldn’t trust the police, and secondly, it would mean that the real offenders were still out there.

The recording of all police interviews showed that many officers were, contrary to popular belief, unskilled as interviewers. Many officers went into the interview room assuming guilt. It’s incredibly damaging to suggestive subjects if they know the officer doesn’t believe them. But also it means that as an interviewer, you only listen to certain parts of the evidence. You ignore things that don’t fit with your script. If there’s strong evidence in a case, that’s your best chance of getting a charge – quite simple really.

Senior police leaders recognized that officers needed to be trained, so they devised a program called PEACE with the help of psychologists. The week-long course, which also covered interviewing witnesses, was undertaken by every operational officer in the country. In the UK, unlike the USA, there is a high degree of cooperation and standardization between all forces. The training was a massive commitment, but it has helped avoid miscarriages, and it delivers better justice. Research studies and practical evaluations have also consistently shown higher skill levels and more objective approaches by officers. It is now accepted that not all officers will make good interviewers. PEACE has developed into several tiers of training linked to an officer’s field of work and identified potential.

Police in the UK don’t see interviewing as a secret process, and we don’t feel the need to hide interview techniques. The law does not allow lying to suspects, under any circumstances. Officers are trained to concentrate on probing a suspect’s account, seeking to confirm or negate by comparison with other known information. When the suspect knows that I can’t lie—my job is on the line if I do—I get more information.

It’s taken over a decade, but now I’m confident that you can come into my police force and any other police force in the UK and ask any officer “What is the point of an interview?” and they will not say “a confession.” That shift has caused a chain reaction in investigation because now investigators are looking for reliable information when they investigate. They’re not looking to find the likely suspect and turn the whole thing onto them. They’re looking to exclude all other options leaving the one. It doesn’t always work, but that is the approach.