How I Found the Innocence Project 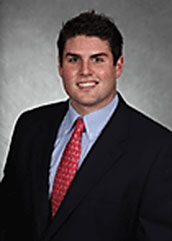 on October 25 at the Bowery Hotel in New York City.

I was first introduced to the Innocence Project in the spring of 2007 after attending the Innocence Project’s benefit celebrating its 200th exoneration. I, along with my teammates Colin Finnerty and David Evans, were invited by Barry Scheck to attend the benefit only weeks after we were exonerated in the Duke Lacrosse case. Throughout the night, I had the privilege of meeting dozens of exonerees, who shared their heartbreaking experiences with the criminal justice system.

Speaking with the exonerees was one of the most humbling experiences of my life. I was amazed at how they were able to maintain positive outlooks despite all of the unimaginable hardship they faced, and I truly admired their unwavering commitment to reforming a system that had failed them. I can’t describe how surprised I was when men who had spent decades in prison for crimes they didn’t commit came up to me to voice their support for what we had gone through. I left the benefit inspired by the stories I heard and the people I met and could not wait to join the newly formed Young Professionals Committee to support this remarkable organization.

Over the past five years, I have had the privilege of working alongside other people who share a passion for exonerating the innocent. The YPC, which began as a small group of young people with personal ties to the IP, has quickly grown into a diverse group of ambitious professionals whose creativity and commitment to justice have become invaluable assets to the Innocent Project’s policy and fundraising efforts.

While I’ve had so many amazing experiences with the Innocence Project, the most rewarding have come through my work with Stephen Saloom and Rebecca Brown from the IP’s policy department. In 2010, we organized the Brown University Eyewitness Identification Symposium in Rhode Island with the goal of bringing together members of the law enforcement community, criminal defense attorneys and experts in eyewitness memory research to discuss ways to improve the accuracy of eyewitness identification process. Keynote speaker Dennis Maher, a Massachusetts native who had spent 19 years in prison before being exonerated in 2003, was the highlight of the event. We were also lucky enough to have Betty Anne Waters, a courageous woman who chose to become a lawyer for the sole purpose of exonerating her wrongfully convicted brother, in the audience as well.

The goal of the symposium was to educate law enforcement officials on the procedural and cognitive factors that cause mistaken eyewitness identifications. By providing the police officers and prosecutors with the scientific research underlying the reforms, we were able to convince political leaders in Rhode Island to establish a task force to identify and recommend policies and procedures to improve the accuracy of eyewitness identification. This past spring, we hosted another eyewitness identification symposium at Emory University School of Law in Atlanta, Georgia. Calvin Johnson, a Georgia native who spent over 15 years in prison based on a misidentification, gave an inspiring keynote speech in front of nearly 100 police officers, prosecutors, defense attorneys and law students.

I am proud to support the efforts of the Innocent Project and I hope that you’ll join us on Thursday, October 25, at the Young Professional’s Committee annual event,

A Night Out to Benefit the Innocence Project

. We’ll be celebrating the 2012 exoneration of Michael Saunders, who was just 15 years old when he was arrested, and we’ll be working toward making sure that what happened to Michael never happens again.