How Forensics Can Uphold Scientific Standards 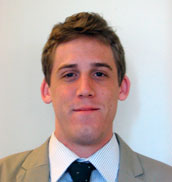 
Ever since the 2009 National Academy of Science (NAS) report “

Strengthening Forensic Science in the U.S.: A Path Forward

” it has been a matter of public discourse that many forensic disciplines lack a strong scientific foundation. There may still be confusion on what distinguishes a forensic discipline based on science from one based on subjective opinion.  Furthermore, forensic related courtroom testimony can be misinterpreted by judges and jurors alike or improperly communicated by examiners.

article by Cliff Spiegelman, a distinguished Professor of Statistics at Texas A&M University, and William Tobin, a former FBI scientist, addresses this very problem. Spiegelman and Tobin explain how forensic examiners often declare links, without scientific merit, between a suspect and the crime scene, how observational studies rather than statistical inference support conclusions, and how courtroom testimony from crime lab analysts is often opinion based.


“When examiners confidently declare individualizations (specific source attributions) between crime scene evidence and evidence seized from an eventual defendant without adequate foundational statistical studies, the testimony constitutes nothing more than intuited opinion or speculation, even if an educated guess, rather than evidence-based testimony.”

In court, examiners often attempt to link a suspect to crime scene evidence.  These “source attributions” often are based on subjective interpretation in forensic disciplines that grew without proven validation or reliability. Many techniques utilized today were developed by law enforcement and were never bound by scientific principles. In fact, the 2009 NAS report concluded that only nuclear DNA analysis consistently had the capability for source attribution. In order for other forensic disciplines to achieve the same credibility as DNA testing, they must have studies that rely on hypothesis testing, include statistical inference, and determine the practical limits of the technique.


While Spiegelman and Tobin agree that forensic disciplines have a place in court, they argue that testimony must be limited to expressing what is scientifically proven to be true.  If a forensic examiner expresses opinion, rather than only the scientific facts, or uses suggestive terms such as “match,” “consistent with,” or “identical,” severe consequences to all parties in the criminal justice system can occur.  The authors provide examples of several wrongful convictions involving faulty forensics to illustrate the point. Indeed, there are many wrongful convictions cases to choose from—about 50% of all DNA exoneration cases involved unvalidated or improper forensic science.