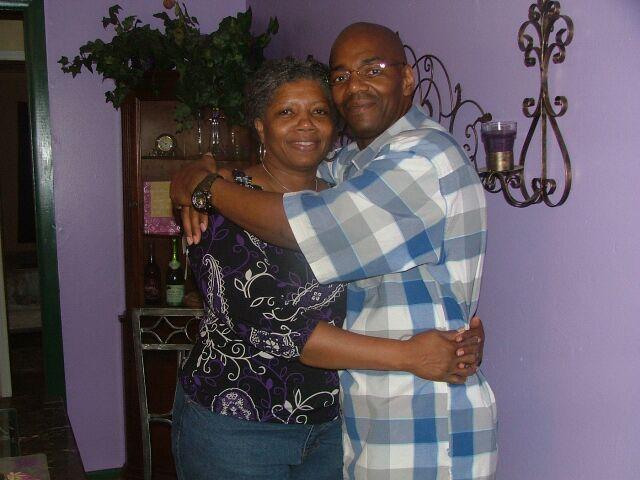 UPDATE: January 4, 2011 – A Texas judge this morning declared Cornelius Dupree an innocent man, clearing him more than 30 years after he was wrongfully convicted. Read more about today’s hearing

on the Innocence Blog

and get the details on Dupree’s case below.

(DALLAS, TX; Monday, January 3, 2011) With the consent of the District Attorney’s Office, a Dallas County judge is expected to vacate the rape and robbery conviction of Cornelius Dupree, Jr. on Tuesday, January 4, and declare him an innocent man after he served 30 years for crimes he didn’t commit.  DNA tests requested by the Innocence Project and pursued by the Dallas District Attorney’s Conviction Integrity Unit proved that he could not have been involved in the crime. Dupree served more time in prison than any other person in Texas who was later cleared through DNA testing. The hearing will take place on Tuesday, January 4, 2011, at 9:00 a.m. CST in Criminal District Court 2 before Judge Don Adams.

“Cornelius Dupree spent the prime of his life behind bars because of mistaken identification that probably would have been avoided if  the best practices now used in Dallas had been employed,” said Barry Scheck, Co-Director of the Innocence Project, which is affiliated with Cardozo School of Law. “Yet most counties in Texas do not have these best practices in place. This must be remedied in the next legislative session by the adoption of an eyewitness identification reform bill that had the votes needed for passage last session but not enough time to get enacted. Let us never forget that, as in the heartbreaking case of Cornelius Dupree, a staggering 75% of wrongful convictions of people later cleared by DNA evidence resulted from misidentifications.”

On November 23, 1979, two men approached a 26-year-old female and her male friend in the parking lot of a drive-in grocery and forced them into the male victim’s car at gunpoint.  The male victim was forced to drive them in his car, during which time the perpetrators robbed both victims of their money and personal property.  The perpetrators forced the male to pull over at a highway exit and ordered him out of the vehicle.  They continued on to a nearby park where both perpetrators raped the victim.

On December 1, 1979, Dupree, 19, and a friend named Anthony Massingill were on their way to a party when they were stopped and frisked approximately two miles from the drive-in grocery where the crime began.  Police recovered a handgun from Massingill and placed the two men under arrest.  The following day, the female victim selected Dupree’s and Massingill’s photographs from a photo array. The male victim, however, was unable to identify either defendant in the same photo array.  At the identification hearing and trial, which took place approximately four months after the attack, both victims identified Dupree and Massingill in court as their attackers.  During the identification hearing, however, the female victim repeatedly misidentified a photo of Massingill as Dupree before finally identifying it as Dupree’s photograph. The victims are both white and both Dupree and Massingill are black.

Throughout the trial and since, Dupree has maintained his innocence. His defense at trial was misidentification.  However, he and Massingill were both found guilty of aggravated robbery with a deadly weapon on April 3, 1980.  Dupree was sentenced to 75 years in prison. The prosecutors ultimately chose not to pursue the rape charges because a conviction would not have resulted in additional jail time.  Dupree appealed his conviction several times, but these efforts were unsuccessful.

He eventually sought the help of the Innocence Project, which requested that the Dallas Country District Attorney’s Office initiate a search for the physical evidence in Dupree’s case.  On July 6, 2007, the Innocence Project learned that pubic hair combings and cuttings that were taken from the female victim during the female victim’s medical examination immediately following the rape were available.  With the state’s consent, the Innocence Project conducted DNA testing of the evidence, which found the presence of sperm from two males that did not match the DNA of either Dupree or Massingill. The DA’s office agrees with the Innocence Project that the DNA test results establish that Dupree and Massingill are actually innocent of the robbery and is fully supporting the application for habeas corpus relief in court.

Massingill, who is represented by the Texas Wesleyan Innocence Project, will not be participating in tomorrow’s hearing but is expected to be declared innocent at a later date. At the same time Massingill was misidentified in the 1979 rape and robbery for which DNA has now proven his and Dupree’s innocence, he was also charged with and convicted of another rape for which he remains incarcerated. Massingill also maintains his innocence of the second crime, in which DNA testing is scheduled to begin shortly.

“Mistaken identification has always plagued the criminal justice system, but great strides have been made in the last three decades to understand the problem and come up with fixes like those being considered by the state Legislature that help minimize wrongful convictions,” said Nina Morrison, Senior Staff Attorney at the Innocence Project.  “We hope state lawmakers take note of the terrible miscarriage of justice suffered by Cornelius.  When the wrong person is convicted of a crime, the real perpetrator goes free, harming everyone.”

SB 121, authored by Sen. Ellis, and HB 215, authored by Rep. Gallego, would require all law enforcement agencies to adopt written policies for identification procedures, including lineups and photo arrays such as the one used in Dupree’s case.  These procedures must be based on scientific research on eyewitness memory to increase accuracy and reliability and must include instructions to witnesses, documentation and preservation of witness statements and identification procedures as well as procedures for assigning lineup and photo array administrators to prevent opportunities to influence the witness.

After serving 30 years of his 75-year sentence, Dupree was released from prison on July 22, 2010, and placed on parole.  After initial DNA testing completed on July 30, 2010 – less than two weeks after his release – indicated he was likely innocent of the rape and robbery, the District Attorney’s Office agreed not to oppose a request by the Innocence Project made to the Board of Pardons and Paroles that Dupree should no longer have to comply with several conditions placed on his parole, including registering and participating in therapy for sex offenders.   That request was granted by the Board in October.  Additional testing completed in December confirmed that Dupree and Massingill were wrongly convicted.

Dupree is represented by Innocence Project attorneys Scheck and Morrison as well as Robert C. Hinton of Dallas. He is pictured above with his wife Selma Perkins Dupree. The couple was married shortly after Dupree’s release in 2010.

Memorandum in support of the writ