Historic and Long Overdue Exonerations of Muhammad A. Aziz and Khalil Islam for the 1965 Assassination of Malcolm X

Justice for two innocent men who were wrongly convicted 55 years ago and spent a combined 42 years in prison. 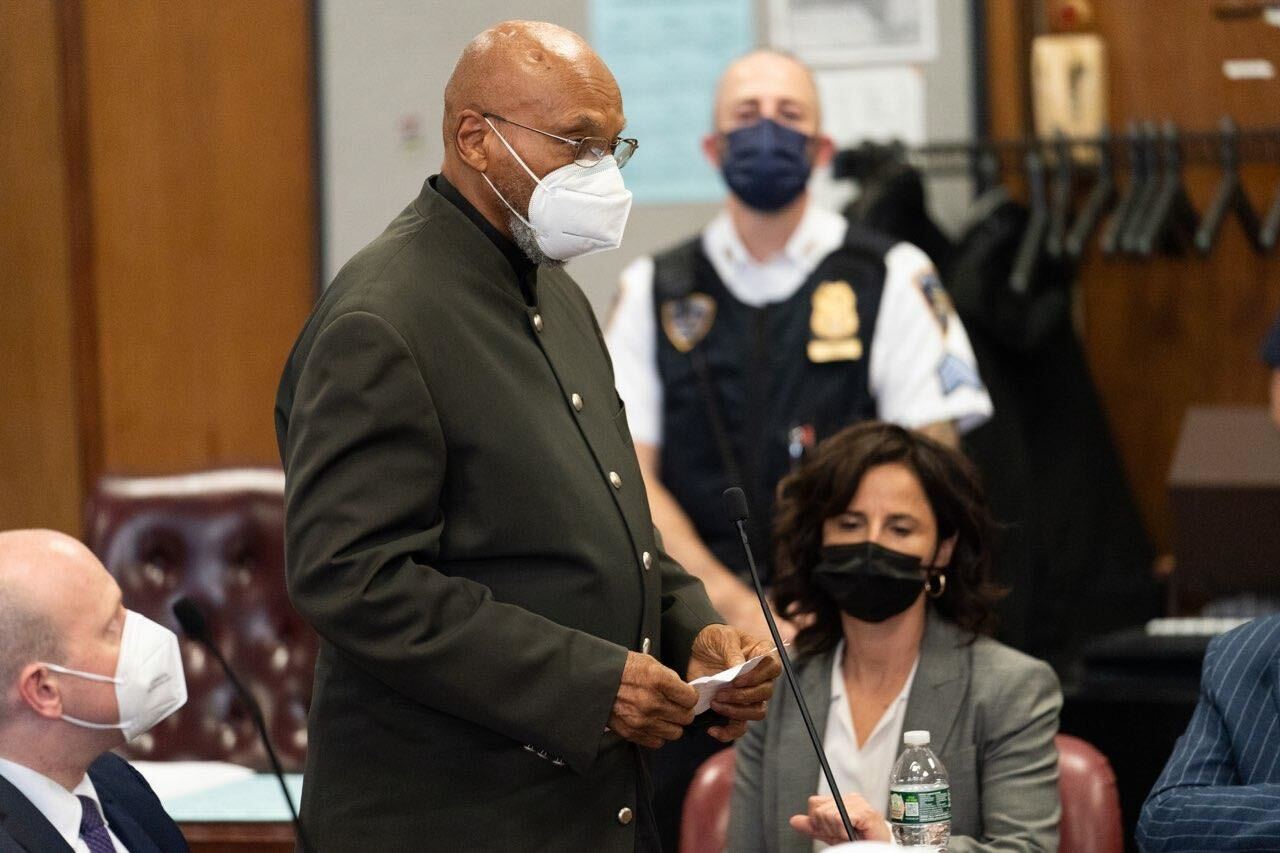 With the agreement of the New York County District Attorney Cyrus Vance, Shanies Law and the Innocence Project joined in a motion today to vacate the 1966 convictions of Mr. Aziz and Mr. Islam, which was granted by the Honorable Ellen N. Biben, Administrative Judge for the New York County Supreme Court, Criminal Term. The joint motion was the culmination of a collaborative reinvestigation of the case, which began in January 2020 and unearthed new evidence of Mr. Aziz and Mr. Islam’s innocence, including FBI documents that had been available at the time of trial but were withheld from both the defense and prosecution.

Dig deeper into this historic case

“Today marks a significant and long overdue milestone for Muhammad Aziz and the memory of Khalil Islam” said David B. Shanies. “These innocent men experienced the agony of decades in prison for a crime they did not commit. They were robbed of their freedom in the prime of their lives and branded the killers of a towering civil rights leader. Muhammad is now 83, and Khalil passed away years ago without ever having had the chance to see his name cleared. They, their families, and their communities have endured decades of unspeakable pain and suffering. The tragic and unjust events of the past can never be erased but exonerating these men is a righteous and well-deserved affirmation of their true character. We are grateful to the New York County District Attorney’s Office for its collaboration, transparency, and fairness during the past two years that led to this exoneration.”

“What was widely known 55 years ago is now being formally acknowledged: that Muhammad Aziz and Khalil Islam are innocent, and that they should have never been arrested, charged, or convicted for a murder they did not commit,” said Deborah Francois, an attorney with Shanies Law. “Muhammad’s and Khalil’s convictions were the product of gross official misconduct and a criminal justice system weighed against people of color. Their exoneration was decades in the making and is proof that we need—and are able—to do better.”

“The assassination of Malcolm X was a historic event that demanded a scrupulous investigation and prosecution but, instead, produced one of the most blatant miscarriages of justice that I have ever seen.”

Barry Scheck, co-founder of the Innocence Project and Special Counsel, stated, “The assassination of Malcolm X was a historic event that demanded a scrupulous investigation and prosecution but, instead, produced one of the most blatant miscarriages of justice that I have ever seen. Officially correcting the false historical narrative around one of the most significant events in 20th century US history allows us to learn from and prevent future miscarriages of justice. Indeed, as George Orwell once said: he who controls the past controls the future. Nowhere is that seen more clearly than in this case.”

Vanessa Potkin, director of Special Litigation at the Innocence Project added, “It took five decades of unprecedented work by scholars and activists and the creation of a Conviction Integrity Program at the Manhattan District Attorney’s Office willing to engage in a true joint re-investigation for these wrongful convictions to be officially acknowledged and rectified. The recently unearthed evidence of Mr. Aziz and Mr. Islam’s innocence that had been hidden by the NYPD and FBI not only invalidates their convictions, – it also highlights the many unanswered questions about the government’s complicity in the assassination – a separate and important issue that, itself, demands further inquiry.”

The Innocence Project and Shanies Law acknowledge in particular the extraordinary efforts of Charles King, Deputy Chief of the Conviction Integrity Program, and Senior Trial Counsel Peter Casolaro, who worked previously on the case of the Exonerated Five. Together with the New York County District Attorney’s office, they led a cooperative and transparent conviction review process that made this achievement possible.

On February 21, 1965, at an event in the Audubon Ballroom in New York, a group of men ambushed Malcolm X as he began speaking to the audience and fatally shot him. Mujahid Abdul Halim, then known as Talmadge Hayer, was captured at the scene and arrested by the New York City Police Department (“NYPD”). Mr. Aziz and Mr. Islam were arrested at their homes several days later and charged with the murder of Malcolm X, along with Mr. Halim. In the aftermath of the tragic incident, the Federal Bureau of Investigation (“FBI”) became involved immediately and worked closely with the NYPD and DANY during the investigation and prosecution of the case.

No physical evidence implicating Mr. Aziz or Mr. Islam in the murder has ever existed. Nor is there any evidence connecting either man to Mr. Halim. The case against them rested solely on highly contradictory and implausible eyewitness testimony procured under dubious circumstances. Mr. Halim, after initially denying guilt in his testimony, retook the stand to admit his role in the murder and affirm that Mr. Aziz and Mr. Islam had nothing to do with it.

“My father’s exoneration is a welcome but long overdue relief to our entire family.”

Furthermore, both men had alibis. Each was at home with their respective families at the time of Malcolm X’s murder. At trial, both men testified in their own defense and presented testimony from their respective spouses, friends, and others who either saw them or called them at their homes around the time of the murder. Mr. Aziz was tending to both his legs, wounded in a recent beating by police officers, and hospital records showed he was treated on the very morning of the day of the murder.

Despite the significant weaknesses in the cases against them, Mr. Aziz and Mr. Islam were convicted in 1966 for the murder of Malcolm X and sentenced to life in prison. They served a combined 42 years in prison, several of them in solitary confinement.

In the decades following Malcolm X’s murder, it has been widely acknowledged that Mr. Aziz and Mr. Islam were innocent and wrongly convicted. Many credible scholars, authors, investigative journalists, and documentarians, including at least three Pulitzer Prize-winning historians, have studied the assassination, and the overwhelming consensus among them is that Mr. Aziz and Mr. Islam are innocent. Government officials and leaders in the Black community consistently called for Aziz and Islam’s release. Most recently, in 2020 Netflix released a documentary titled “Who Killed Malcolm X?,” which chronicled the exhaustive research into FBI files and other evidence highlighting their innocence and delving into the identity of one of the true killers.

“My wrongful conviction was a terrible injustice that resulted from the deliberate and dishonest actions of corrupt officials.”

Mr. Islam passed away in 2009, losing the chance to see the day that his name was finally cleared. Mr. Aziz, now 83, was released on parole in 1985 and has (along with his family) continued to bear the burden of being viewed in the eyes of the law and the public at large as one of the murderers of an unparalleled human rights leader, Malcolm X.

“I am deeply grateful for the strong and unwavering support and advocacy from my lawyers, David Shanies, Deborah Francois, Mark O’Donoghue, and the Innocence Project’s Barry Scheck and Vanessa Potkin,” said Mohammad Aziz. “My wrongful conviction was a terrible injustice that resulted from the deliberate and dishonest actions of corrupt officials. It has caused unspeakable harm to my family and to me. The lost time and relationships with my family and loved ones can never be recovered.”

“My father’s exoneration is a welcome but long overdue relief to our entire family,” said Khalil Islam’s eldest son, who shares his father’s name. “We are pleased to see justice finally being served, but it is heartbreaking to know that he passed away without ever seeing his name cleared for his wrongful conviction. To the day he died he never stopped fighting to prove his innocence.”

For more information about Mr. Aziz and Mr. Islam and the history of their wrongful convictions, please visit www.theXonerated.com.

About David B. Shanies Law Office

The David B. Shanies Law Office is a public interest law firm representing victims of wrongful convictions, police and prosecutorial misconduct, anti-LGBTQ+ bias, prison abuse, sexual exploitation, and other injustice. 100% of the firm’s work is devoted to civil rights litigation and exonerations. Through its active trial and litigation practice and vast experience in wrongful conviction cases, the firm has exonerated and freed innocent people from prison, brought about major policy and legislative reforms, and won tens of millions of dollars in compensation for its clients through trials and settlements.

About the Innocence Project

The Innocence Project, which is affiliated with Benjamin N. Cardozo School of Law at Yeshiva University, is a national litigation and public policy organization dedicated to freeing the staggering number of innocent people who are wrongfully incarcerated and reforming the systems responsible for their unjust imprisonment. Since its founding in 1992, the Innocence Project has exonerated more than 200 people and advanced transformative laws, standards, and the practices to help make our criminal legal systems more just and equitable for all.