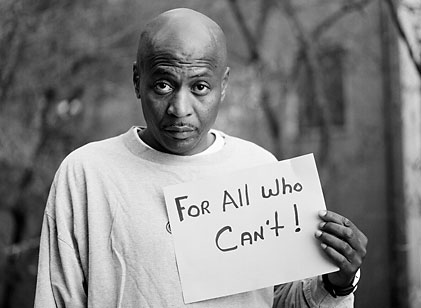 In a new column in The Atlantic, contributing editor Andrew Cohen writes about the 50th anniversary of the “Brady” Rule, in which the Supreme Court unanimously declared that prosecutors have a constitutional obligation to share exculpatory evidence with criminal defendants. Cohen highlights the case of John Thompson, who was wrongfully convicted of murder and sent to death row in Louisiana. While facing his seventh execution date, a private investigator hired by his appellate attorneys discovered evidence of Thompson’s innocence that had been concealed for more than a decade by the New Orleans Parish District Attorney’s Office.


Thompson is a free man today because of the so-called “Brady” rule. But he likely would have been a free man all along — without spending 14 years on death row — had his prosecutors obeyed the law in the first place. That dichotomy is what makes Thompson such a poignant symbol of the Brady rule. He proves both that it works and that it is deeply flawed; that it saves innocent people from being railroaded by prosecutors and that countless others are wrongly convicted and imprisoned anyway. The sad truth is that 50 years after Brady, in an increasingly complex criminal justice system, too many prosecutors still hide exculpatory evidence, and too few judges do anything about it.

A rare example of being held accountable for a Brady violation occurred last month in Texas, when a court ruled that former Williamson County District Attorney Ken Anderson will face criminal contempt and tampering charges for failing to turn over evidence pointing to the innocence of Michael Morton, who was later exonerated by DNA evidence after serving 25 years for his wife’s murder, despite a court order and legal obligation to do so.


Anderson faces relatively minor charges. But if it were up to Thompson, Anderson would be facing attempted murder charges. “What happens when we learn that a district attorney has killed an innocent man?” he asked me yesterday. “Isn’t it premeditated murder? What are we willing to accept” from our prosecutors?

our video about the Thompson case

One for Ten video